On a tangent note to the evidence of cosmic inflation: Transcending the Cartesian mind body divide 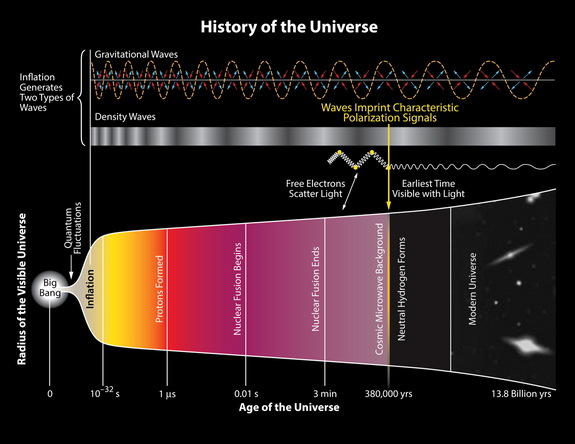 Helena Granström makes some interesting observations about what science, even the social sciences, have given us over these centuries – a conviction of the functionality of how things are (everything by science can / must be physically empirically quantifiable) but a loss of a true understanding of the intrinsicality of the being of things (here lies the realm of the less than 4% knowledge of the quantum world that even as I write this, a few weeks ago, sat a very bright PhD student in the room and asked, “Is quantum physics really a field of study? Who does quantum physics? What good does it have for us?” To which I was at a complete loss of words, except to reply, “Yes, it’s a real field of study. I think the CERN might be very upset to hear what you just said.”)

Physicists have been arguing amongst themselves, the verifiability of the quantum of things. Even Einstein was not too comfortable in the beginning with what he called spooky happenings and needed time for the debate to settle in him. About a hundred years has passed and if the scientific community in themselves cannot agree and do not wish to acknowledge findings that can then be applied to other fields of science, then there need not be much talk about getting the knowledge out there to the general people, just based on the lack of conviction within the academic realms.

At a recent digital humanities conference, a paper on quantum physics on wave-particle duality was submitted. The paper was rejected, the reason cited was “We do not see what quantum physics has to do with digital humanities.” How about the fact that there would have been no digital humanities without quantum physics? But we are all slow to make such connections, we want empirical evidence for it all and metaphors will not do, they do not translate well. How then, do you mathematically calculate the transfer of tacit knowledge? To put it down into hardcore numbers? Or how can you write in mathematical formulae, the evolution of organizations? Because the humanities will not accept a metaphorical transfer of the understanding of quantum or even biology, onto its field?

The chasm is wide, and we are too slow to grasp the concepts.

Granström writes that people have often tried to explain their existence from their contextual surroundings. Those of the sea will have their sea gods as primary understanding of how the world works and those of the land will have their mother earth as primary concept. They are all valid perspectives from where they stand. And so here, Einstein’s relativity theory applied to the social sciences come in, that the system is stable but sliding, and so things are relative.

Then in my view, there are the philosophers who have sat and tried to figure out what is and what is not. To that extent, I have in mind the Cartesian “I think therefore I am” debate where some have argued that it belongs to the part of founding philosophy to rationalism and the beginning of the Mind Body divide that contributes in essence to non-integration. But putting Einstein’s theory of relativity into practice, if we could shift our point of reference, the Cartesian “I think therefore I am” can be viewed to transcend the Mind Body divide because it is through our very observation of these echoes of the Big Bang, the waves of gravity that rippled through space that we exist. Like a string of quantum entanglement, the point of observation is directly coupled to what is being observed, without which, it does not exist, nothing exists (to the point of observation).

Eventually the variation, I am, therefore I think, will appear equally as correct as the original and not as some professor had it, like putting de cart in front of de horse.