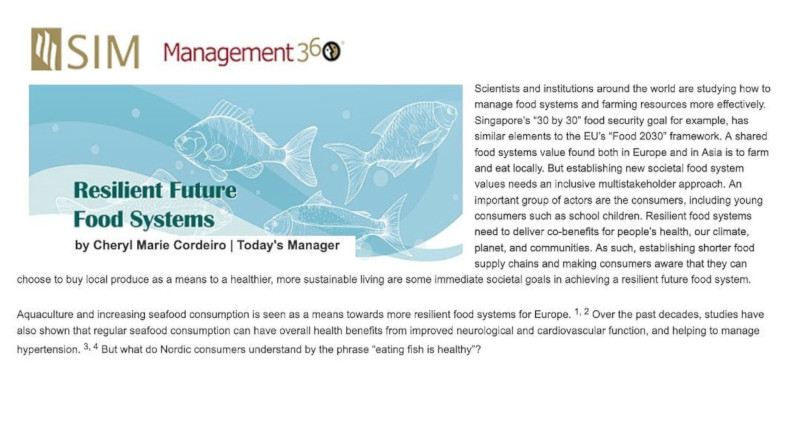 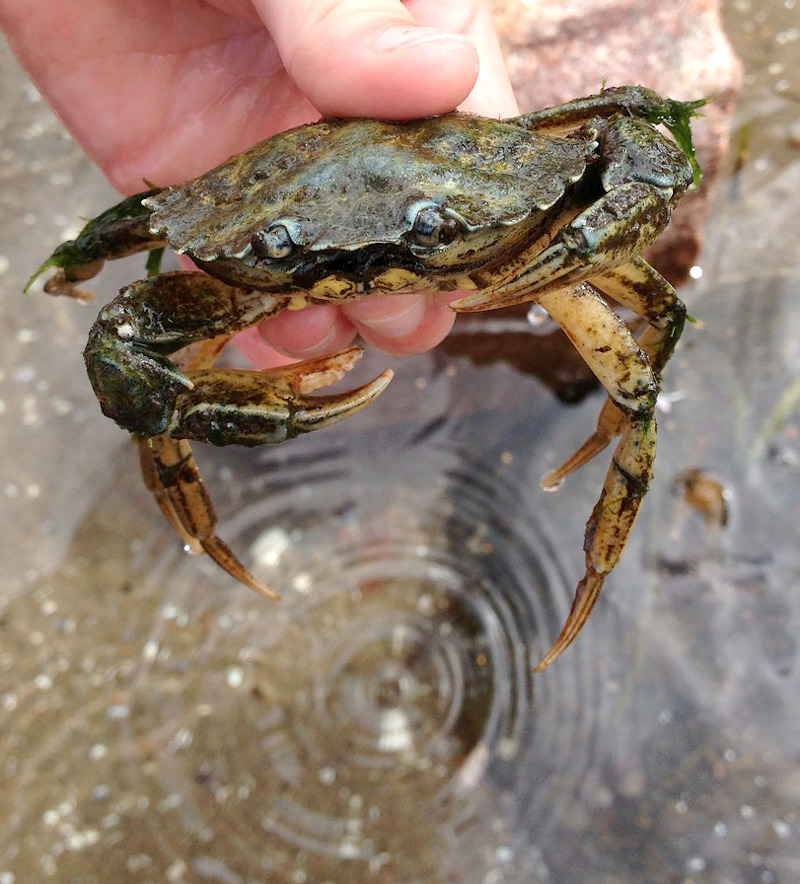 As I began reading more literature on marine and fisheries management, I observed how management concepts in the field of natural resources management were framed differently than those found in international business (IB) studies.

Most IB management theories focused on the efficiency of the processes of the manufacturing sector and firm internationalization strategies [1, 2], whereas natural resources management had the ecological dimension factored into their management models and strategies even if their processes included global manufacturing [3, 4]. I would today reason that IB studies also encompasses an ecological dimension, but they are framed predominantly from the perspective of human resources management or organizational culture and behaviour.

END_OF_DOCUMENT_TOKEN_TO_BE_REPLACED 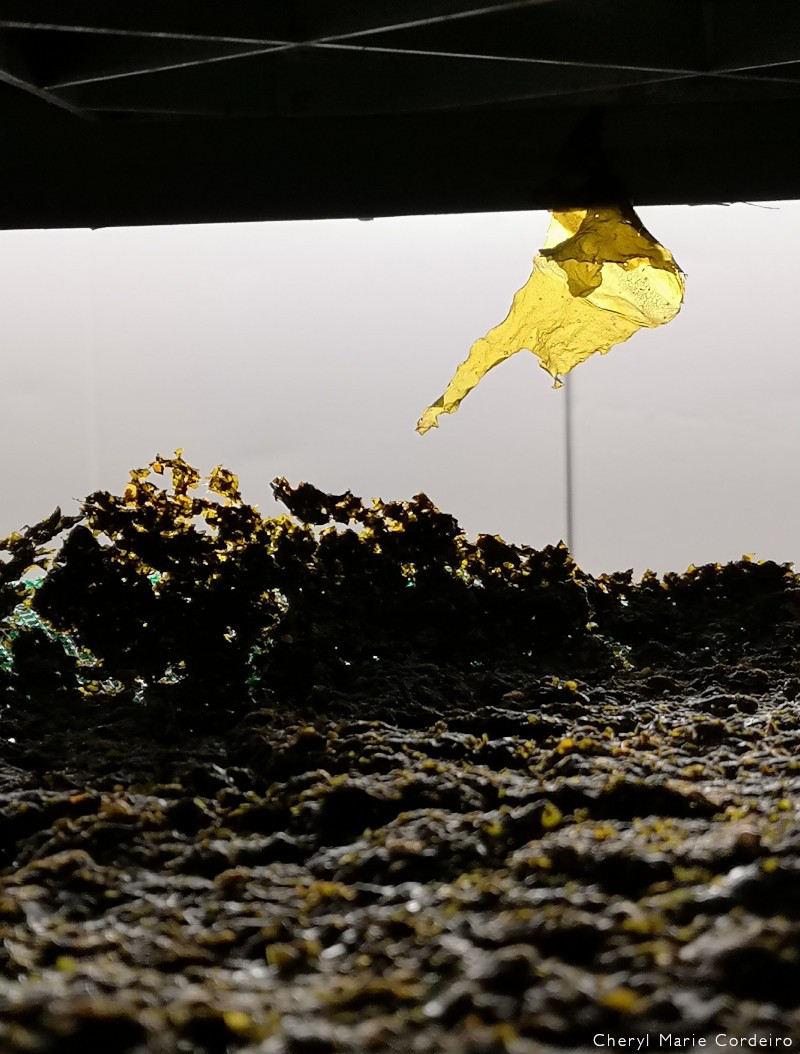 The use of marine algae/seaweed in culinary presentations and gastronomy in Far Eastern countries such as China, Japan, South Korea and parts of Southeast-Asia is well known. In Scandinavia however, seaweed is mainly associated with humble origins, local coastal activities and historical narratives (Efstathiou & Myskja, 2018). In Norway, seaweed was regularly washed ashore during storms, making harvest of the seaweed accessible for use for animal feed and as soil fertiliser (Indergaard, 2010). During the 18th century in the Scandinavian coastal regions, seaweed was also gathered to produce potash and soda ash that were used for cleaning and to make glass. The alginate industry blossomed in the 1960s in Norway when seaweed was harvested manually from the coast for applications in the food industry as a thickening agent.

Moving on about fifty years to modernity, the past decade has witnessed a (re)discovery of seaweed as a natural resource and raw produce. Seaweed is increasingly studied and understood for its fundamental grounding in ecological values that are much needed in the management of today´s natural resources and marine environments. Seaweed is proving to be not only a valuable industry resource with potential applications as biofuel that can help mitigate carbon dioxide emissions in terms of substitution for fossil fuels (Milledge, Smith, Dyer, & Harvey, 2014), but it can also help with global adaptation to the effects of extreme weather condition in a warming hemisphere, for example, by damping wave energy and protecting shorelines, and by increasing oxygen supply in the waters that mitigate ocean acidification (Duarte, Wu, Xiao, Bruhn, & Krause-Jensen, 2017).

To that extent, the aquaculture of seaweed is the fastest-growing component of global food production (FAO, 2018). And while that is good news, considering the increasing market demand and applications of seaweed in various industries, seaweed aquaculture is currently constrained due to competition for suitable aquaculture areas. Other challenges that seaweed aquaculture faces are inadequate engineering systems capable of coping with rough offshore conditions, such as the type of weather we encountered for the day, on our way to visit Ocean Rainforest, as well as the lack of environmentally friendly automated harvesting and processing technologies.

END_OF_DOCUMENT_TOKEN_TO_BE_REPLACED 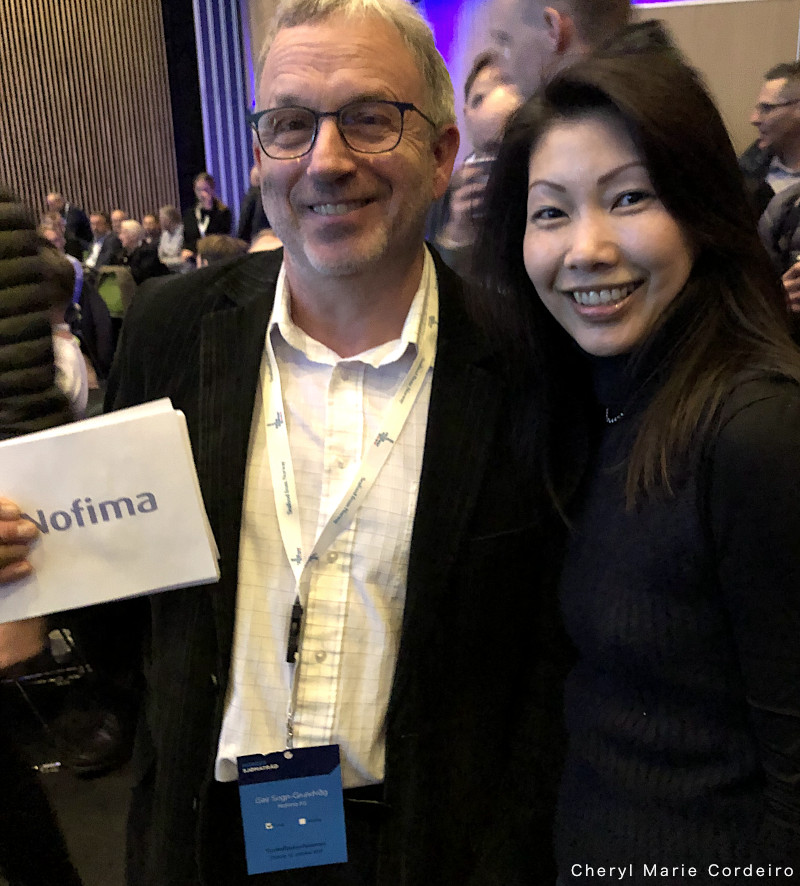 Hosted by the Norwegian Seafood Council [2], Torskefiskkonferanse 2019 took place on 10 October 2019, in Tromsø at Clarion Hotel, The Edge. The event saw a convening of more than 400 participants from various industry sectors, as well as academia and research. This one-day event is an excellent arena for the exchange of knowledge and for networking purposes.

END_OF_DOCUMENT_TOKEN_TO_BE_REPLACED 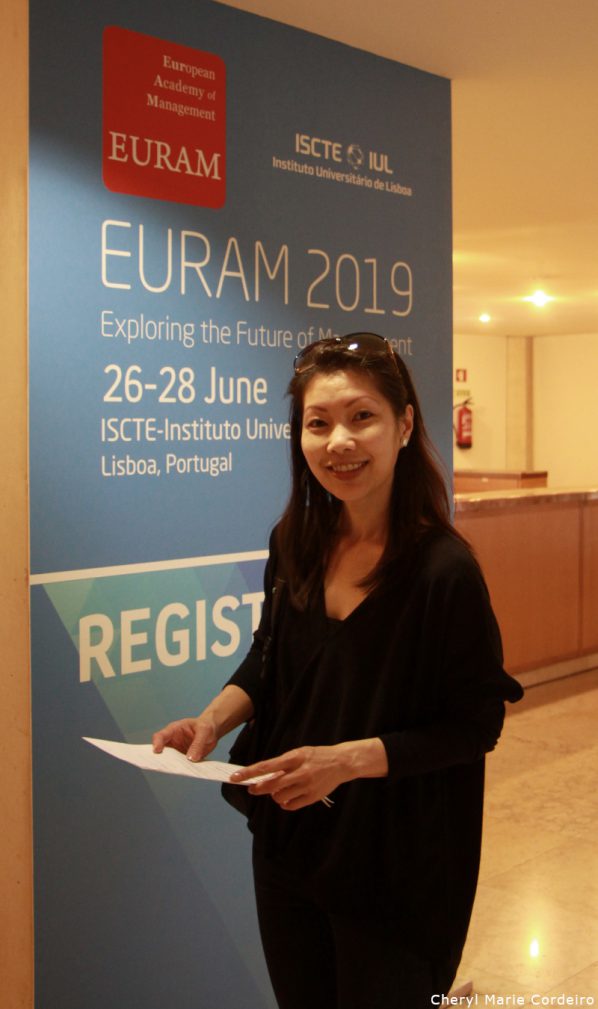 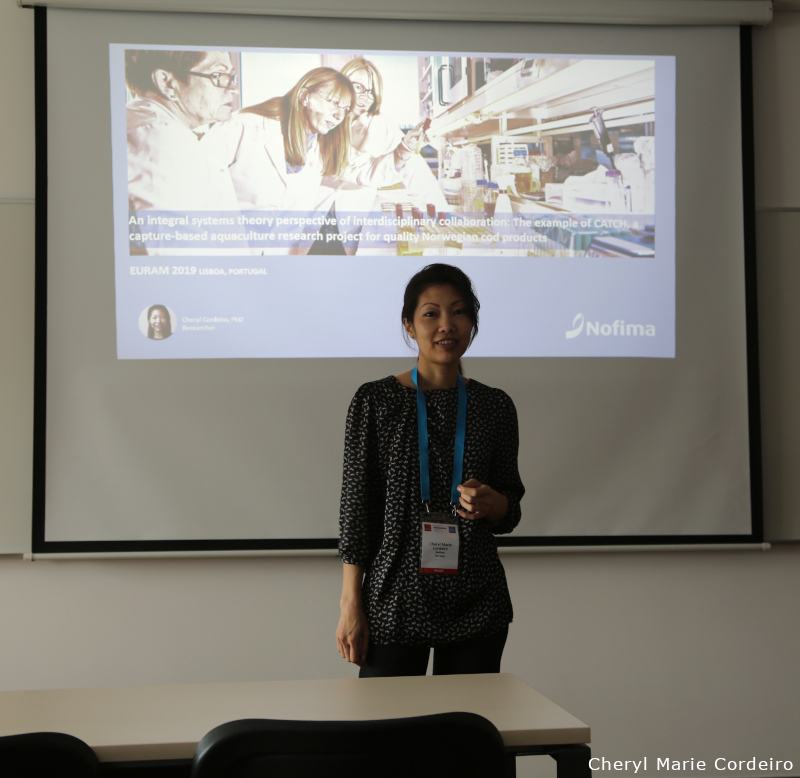 The annual conference for the European Academy of Management, EURAM 2019, took place between 26 to 28 June in the beautiful historic city of Lisbon in Portugal. EURAM was founded in 2001 and today has members from more than 49 countries around the globe. This year’s theme, “Exploring the future of management” [EURAM 2019 Conference Program PDF] saw a high degree of involvement with more than 1700 paper submissions on a variety of management themes that were organized in 14 Special Interest Groups (SIGs).

END_OF_DOCUMENT_TOKEN_TO_BE_REPLACED 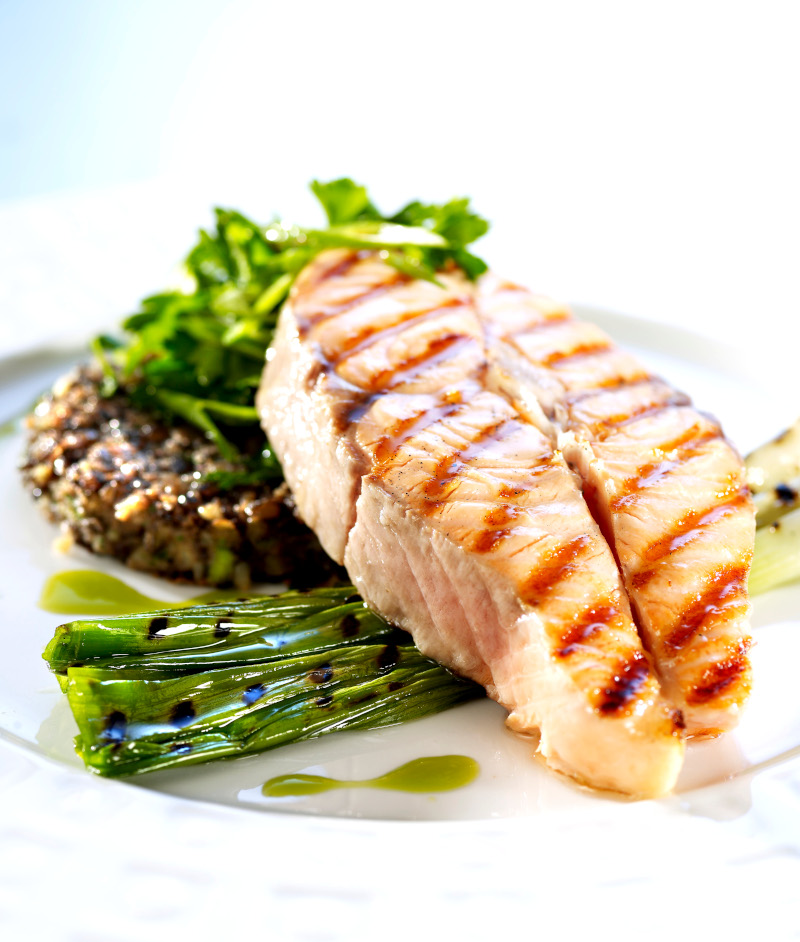 The Norwegian farmed Atlamtic Salmon is one of Norway’s favourite fish, if fish were chosen at all for a meal in Norway.
Text by CM Cordeiro & Photo © Nofima, 2019

It was a gathering of about 30 international individuals who had moved to Tromsø for various purposes. I was born in tropical Singapore and had moved to the Swedish west coast when I was 26 years old to pursue a doctoral degree in applied linguistics at the University of Gothenburg in Sweden. The intention back in 2002 when I landed in Sweden was to go back to Southeast-Asia to continue teaching and research at a university based in the region, but as life flows have it, that was not to be. At just about the time when I had acquired good enough Swedish to order food so that it comes as I had ordered it (in my early years in Sweden, I had tried ordering blueberry ice-cream and got instead some warm water in a glass), I received confirmation of a research position in Northern Norway, with geocoordinates even farther than what I initially thought was wintry Sweden. So, seated around me in the room for this international gathering in the Arctic Circle city of Tromsø were fellow internationals. and about 12 Norwegians, some of whom were born in the county of Troms or who had immediate family members who lived in Troms.

END_OF_DOCUMENT_TOKEN_TO_BE_REPLACED 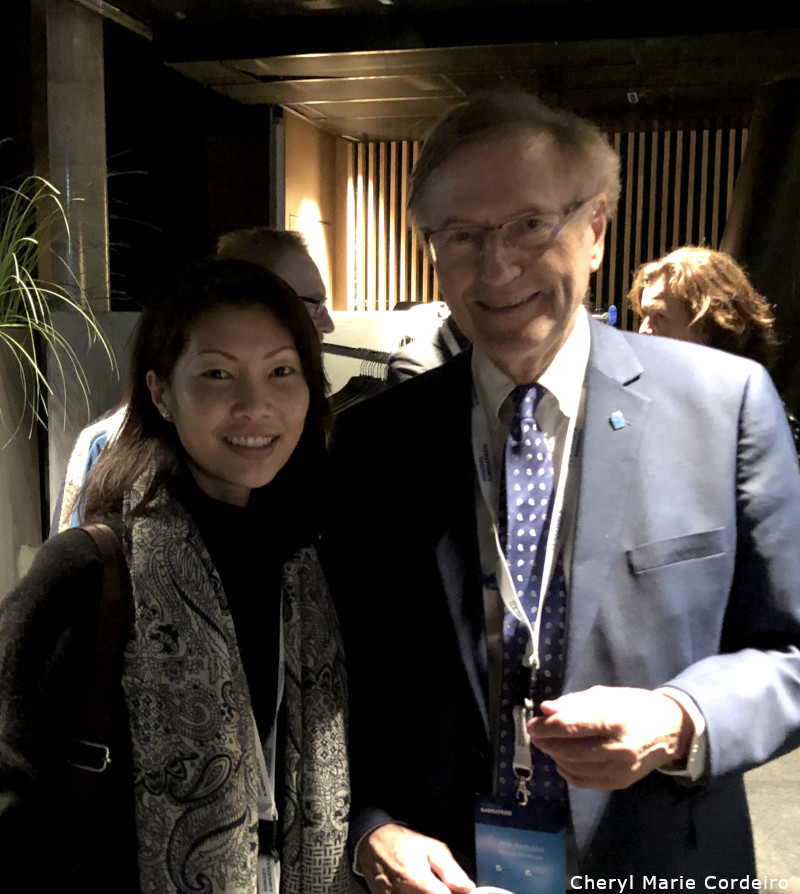 At Torskefiskkonferansen 2018, I had the opportunity to meet and speak with Jarle Aarbakke, Norwegian politician with the Labour Party and current Deputy Mayor of Tromsø. He is also Professor Emeritus in Pharmacology (Medicine) at the Department of Medical Biology at the Faculty of Medicine at the University of Tromsø (UiT) and formerly served as Chancellor of UiT and the Higher Education Council. Mayor Jarle Aarbakke opened Torskefiskkonferansen 2018 with a Welcome Speech.
Text & Photo © CM Cordeiro 2018

Hosted by the Norwegian Seafood Council [1] who has its headquarters in the city known as Paris of the North, Torskefiskkonferansen 2018 was held in Tromsø, Norway, on Thursday, 18 Oct. 2018 at Clarion Hotel, The Edge. An important annual event for the cod fish industry sector of Norway, this year’s working theme for the conference was “Torskefisk (Cod Fish) goes global!”. The purpose of the event was to provide a platform for the industry as well as academics to exchange knowledge and views on the continued development of the Norwegian cod fish industry and its position in global markets.