The 5th IEEE International Conference on Management of Innovation and Technology. 2-5 June 2010. Singapore. 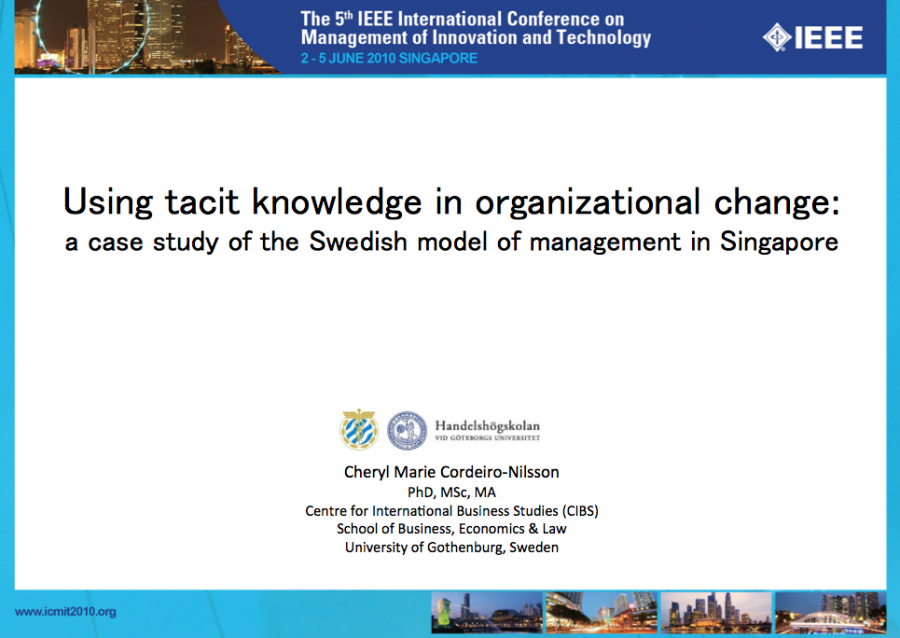 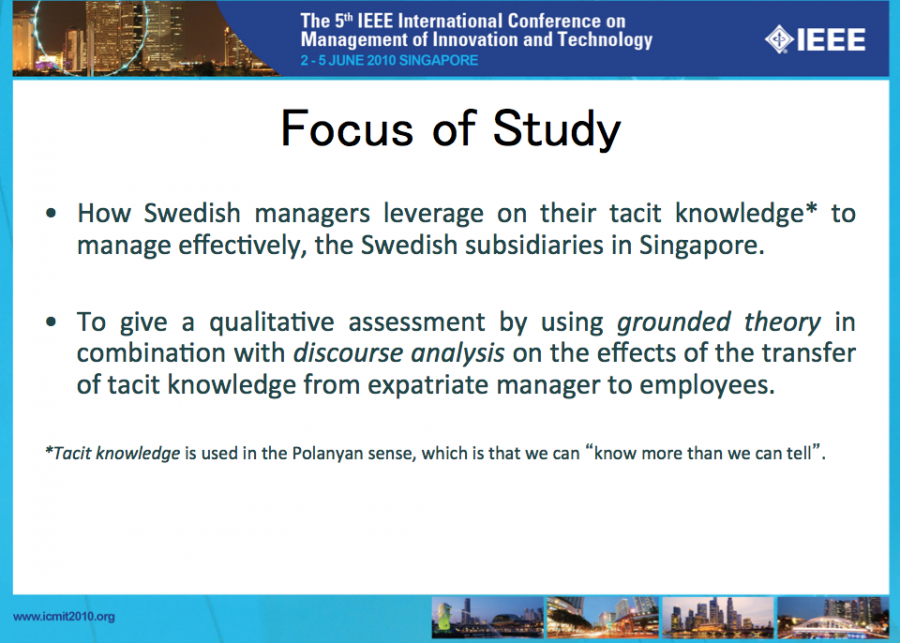 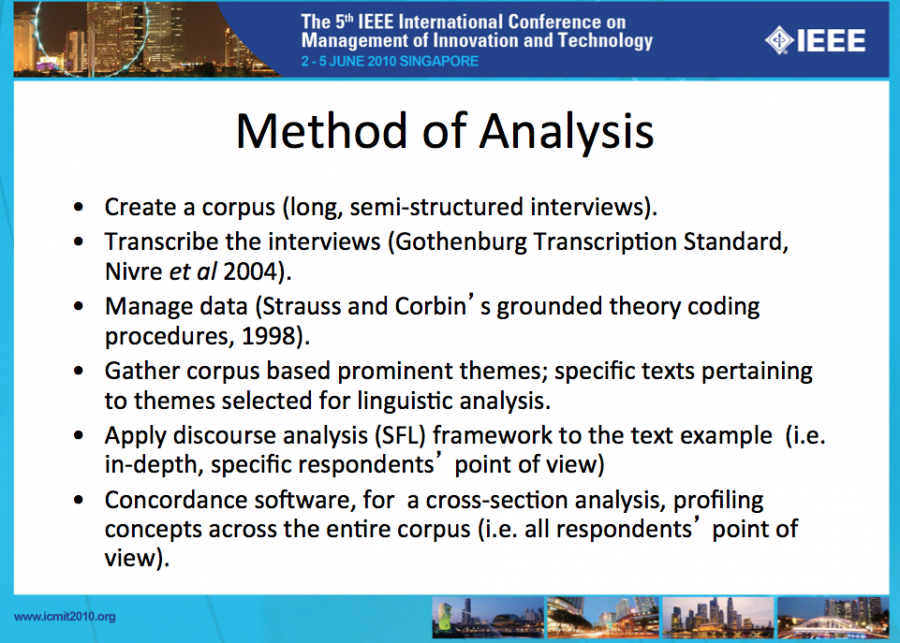 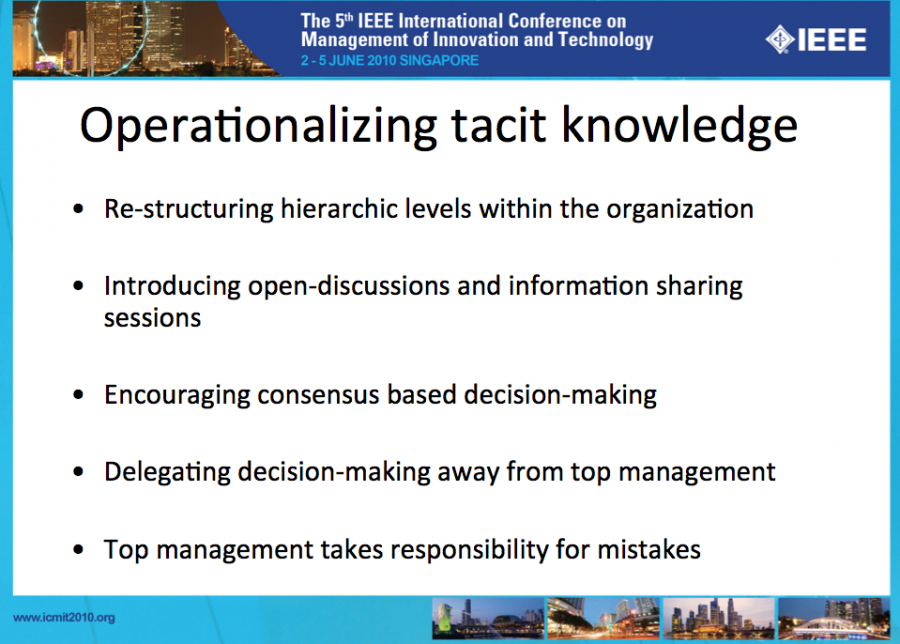 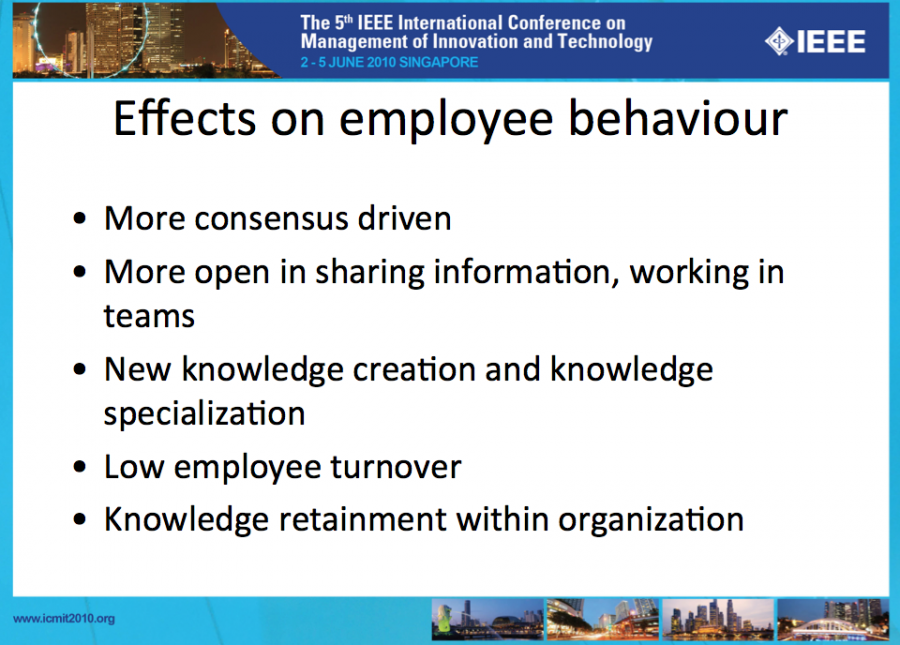 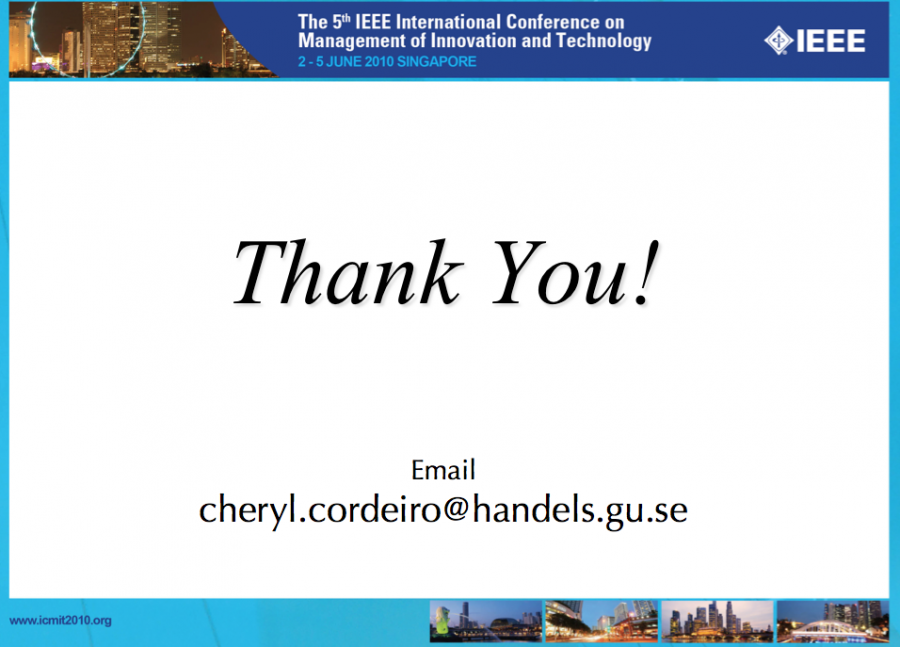 The results of the presentation today come from a larger study of 33 top managers in Singapore of whom 23 were Swedish and 10 were their Singapore Chinese counterparts in Swedish managed / Swedish owned organizations. There were many aspects to that study, and what is presented here – the focus of this presentation – is the aspect of the study of how tacit knowledge is leveraged upon and used for the purposes of organisational change.

The data came from primary sources, from semi-structured interviews that were on average an hour and a half long. These were then transcribed according to the Gothenburg Transcription Standard whose purpose is to make the transcription machine readable for statistical processing. But in this case, it was coded using Strauss and Corbin’s coding procedures.

Prominent themes and topics of interest were then sorted from the fairly large corpus and to that, a framework of systemic functional linguistics was applied, as a means to do discourse analysis on the corpus. A concordance software was also used in order to do cross-sectional analysis of words used in context. This was helpful in giving an overview of the thoughts of the respondents.

The discussion about tacit and explicit knowledge still revolves around tangibility. Meaning to say, it is very difficult to gain access or to make conscious, or visible, what is tacit knowledge. But if it were assumed that what is cognitive can to some extent be observed through language and in actions, then concrete actions taken by the Swedish managers in order to effect organisational change include:

i. restructuring the hierarchic levels within the organization. By restructuring, it is meant that the general manager of a Swedish company in the financial industry, flattened the organization hierarchy, taking it from 9 levels to just 3. When asked why, the response was because, “that’s how we have it in Sweden.”

ii. having open discussions and information sharing sessions. If no such sessions existed, then it was created. Employees of a Swedish company in the pulp and paper industry were highly encouraged to speak their mind, and share their opinions about the work they had with top management and with colleagues. At first, it was said that the employees, who had a very traditional Confucius view of relationships, saw the Swedish director as “the boss”. And their idea was “the boss, is the boss”, where they dared not question top management on their decisions and dared not voice their opinions on work processes. What the Swedish director did, was to repeatedly encourage talk at the workplace and created a regular meeting time for everyone. Every Monday afternoon for example. Soon, this open talk session became the norm and people generally felt comfortable enough to start voicing their opinions. It took time, but eventually, this was a change that happened for this company. There was also report of how the employees, due to open talk sessions, learnt how to seek consensus with each other, thus coming to practice a distinctly Swedish trait of work processes and decision making.

iii. delegating decisions away from top management. An example here would be how a Swedish general manager literally coerced her employees to take responsibility in making their own decisions, telling them that this was their job, not hers! She reasoned that since they were on the frontline, they would know better how to manage the task and situation at hand rather than she. It was then decided that employees would not and should not consult with top management whenever they needed a decision for their task scope. The general manager acknowledged however, that if mistakes were made, it was a price the organization would pay in order for it to cultivate a culture or a working ideology like the one she knew back in Sweden. As a top manager, she would take the responsibility for the mistakes her employees made.

Findings showed that the activities introduced by the Swedish expatriate managers, as part of their own repository of ‘knowledge from Sweden’, from restructuring of the organization to changing the context and manner of how people interacted with each other at work, to how much responsibility the employees took in their portfolio at work, led to an increase in employee confidence. These actions were empowering the employees.

One of the challenges faced by Singapore employees who were much more comfortable with a strict hierarchy in organizations, yet confronted now by such an open management style was that it was difficult for the Singaporeans to adjust in the beginning. However, once they did, they began to fill out their roles and appreciate this greater freedom of behaviour within the organization and freedom of expression at work.

A more open sharing of information culture also led to knowledge creation, so that in a way, tacit knowledge became something to share, not so much with words but in the doing of things and in the long term sharing of ideas.

The encouraging of people to take on greater responsibility led to some becoming specialists in their field, or if they were already specialists, to step up and say that they were good at doing this or that.

Job satisfaction, due to a sense of empowerment and accomplishment also meant that the Swedish organizations had fairly low turnover rates, which meant that they were able to retain their knowledge reservoir.

So what are the implications of the findings of this study? And what avenues of research can we further explore?

The way I see it, organizations are social mechanisms in themselves, they’re living and breathing entities that have a culture of their own, values of their own. And these values are not water-tight against the larger society in which the organizations are embedded and are part of. So you have an interesting osmosis of ideas and values seeping from the organization to society at large via the employees and vice versa.

I think what I’m most interested in is a study on the extent of influence of values from expatriate managers to the Singapore workforce at large. To study the absorptive capacity of the workforce not just in knowledge and skills, but values, and the directions in which these factors are moving in the future with regards to the future labour of Singapore and what values they might hold in an era of globalised work places. 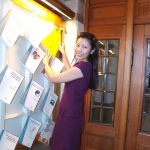 Academic traditions: The nailing of the PhD thesis,…