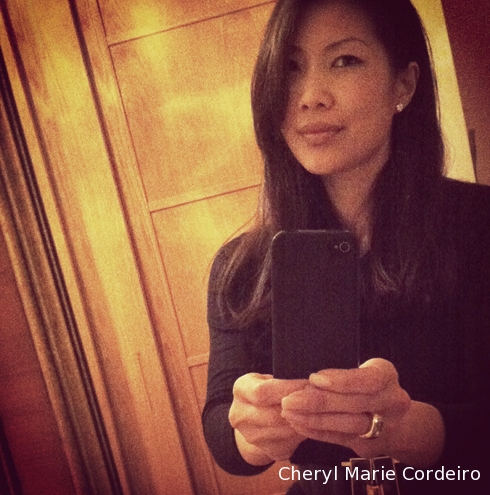 Through the looking glass.
Text and Photo © JE Nilsson and CM Cordeiro 2013

One of my favourite lectures of 2012 comes from the field of quantum physics, entitled The End of Space and Time?, delivered by Robbert Dijkgraaf on 20 March 2012 at Gresham College in the United Kingdom. Dijkgraaf was President of the Royal Netherlands Academy of Arts and Sciences (KNAW), and is currently Director and Leon Levy Professor at the Institute for Advanced Study, Princeton, New Jersey, USA.

Amongst numerous interesting theories of quantum physics presented by Dijkgraaf, it was this lecture that pointed me in the direction of the works of J. A. Wheeler, where a fascinating read for me was a chapter entitled “Law without Law” (Wheeler 1983). I thought the suggestion given by Wheeler in the mid-1900s on why electrons had identical charges and mass – due to that they were in fact a single particle that goes up in time and comes down again in a flux – was most interesting since this idea captured in essence, the non-linearity of the concept of time (see article by Alasdair Wilkins on why the single electron universe does not hold on experimental grounds).

Wheeler’s proposition focused on a radical point about particle physics, in which the directional flow of time is immaterial and in fact, completely reversible, much in my view like Gödel’s rotating universe (Barrow 2011). He also pointed out that each electron traces a unique path through space time, in its own world line. By use of metaphor, I could perhaps liken Wheeler’s one particle thought to how each individual traces their own world line path through space time, creating realities and shaping destinies as it were. It is this too that most of us would also tend to contemplate at year end via New Year’s resolutions or when faced with life’s important events / challenges, to sit down and re-evaluate, re-contextualize life vision and goals. 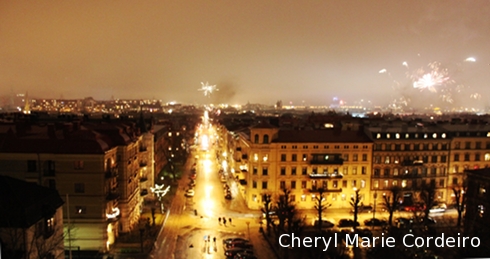 My point of observation: Gothenburg city, minutes before midnight to 2013.

This idea of ‘one electron’ in my view is also closely linked to a fundamental focal point of quantum theory, that of N. Bohr’s “phenomenon” – “no elementary phenomenon is a phenomenon until it is a registered (observed) phenomenon”. This, Bohr had raised in his years of friendship with Einstein when Einstein was at Princeton between the 1930s and 1950s. At the beginning, Einstein was none too comfortable with the concept of quantum physics and tried to show that quantum physics was incompatible with any form of reasonable understanding of reality, to which Bohr’s reply in brief was that Einstein’s concept of reality was too limited (Wheeler 1983:182). Bohr maintained that “what answer we get depends on the question we put, the experiment we arrange, the registering device we choose. We are inescapably involved in bringing about that which appears to be happening.” (Wheeler 1983:184)

I found Bohr’s observation about phenomena and reality interesting in the extent that, coming from a background in humanities research, I’ve always known the challenge of ‘perspective’. There was a period in time for example, where the field of linguistics had to be justified as a field of scientific inquiry, where today linguistics as a field of discipline is now cross-fertilizing with that of international business studies for example. And with perspective comes an aspect of normalization, most prominent in the study of critical theory and ideology for example. The concept of normalization was also echoed in Wheeler (1983:185) in the words of Gertrude Stein on modern art, “It looks strange and it looks strange and it looks very strange; and then suddenly it doesn’t look strange at all and you can’t understand what made it look strange in the first place”. 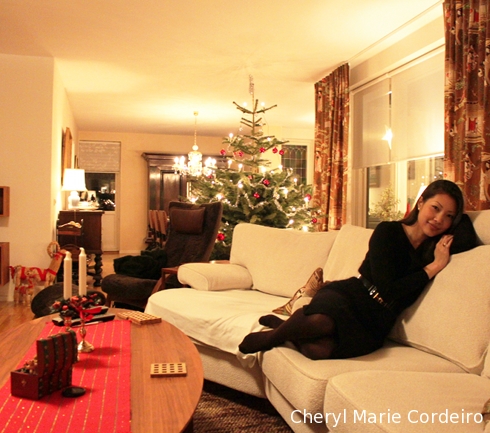 Personally, this perspective is significant in the aspect that it suggests that the perception of reality is a constant dialogic process of ourselves set within our contextual surroundings, where contexts are themselves not static environments but environments in which exists numerous interacting variables that influence to change that very context through time.

It is in this perspective that I contemplated Dijkgraaf’s thoughts on the work of his colleague Erik Verlinde’s research on gravity. Verlinde holds that gravity is not a fundamental force, but one that is entropic. The consequence of this understanding is that the concept of space is also emergent. One could then ponder that if we as individuals were living within the entropic forces of space time, it would also mean that we should look for an “emergent description” rather than an “elementary description” to processes, things that happen around us, information and the very idea of innovation and creativity in order to better understand our contextual situation and our individual evolution.

On the pragmatic side of things, without dissolving too much the web of ideas, what is to come (the future) in my view, is a constant negotiation of emergent realities, of Self and Context, at the forefront edge of the fabric of space time. Theoretically, it would broadly be Wheeler’s idea of that one particle universe in which depending on perspective, reality is conceived and projected, because we are each at the forefront of our own unique space time continuum, existing / co-existing in a universe of entire universes.