Marriage as legal construct and social policies on cohabitation: a Singapore – Sweden perspective 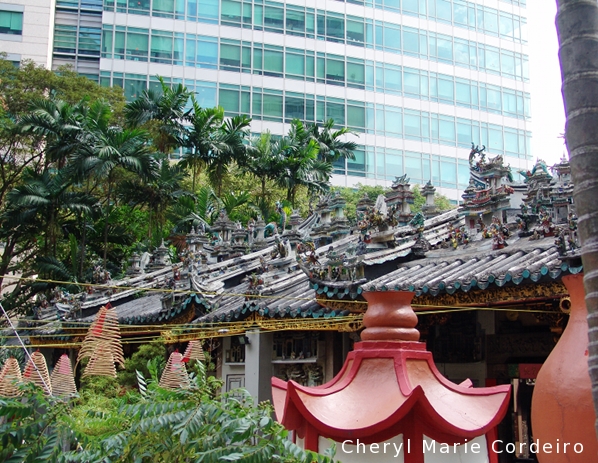 “Being married is so great, it’s so fantastic, it would be such an achievement to be married.”

That line came from a young woman who sat in a café that served French baguettes and kaffe latte to brunch not just two weeks ago, in Sweden. She grew up in Asia. She was highly qualified in academic credentials and currently has an ascending career in finance. But she’s in her late twenties and it was the general vibe from all back home in Asia, that it was about time she settled down and got married. Her parents were willing to engage a matchmaker to arrange a marriage if that was what it took to get her ‘settled down’ and feeling accomplished as a woman. 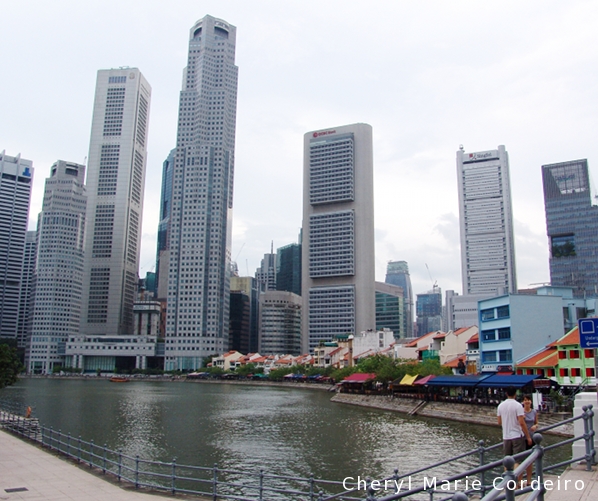 The heart of all trade activities in Singapore, Boat Quay (and further up at Clarke Quay) remain one of the hottest nightlife (thus dating?) scene in the Singapore landscape.

In a Singapore story, Susan was on her way to work onboard an MRT in the morning rush hour when the light buzz of her mobile phone alerted her to an incoming SMS. “Susan, we’ve already been together for two and a half years. I am ready to take the next step in our relationship. You want to sign HDB contract with me?”

Susan texted a quick “k” to her fiancé and then a “He proposed leh!” to me, and I found myself calling from oceans and continents away on the evening of her Registry of Marriage (ROM) to send my heartfelt gratulatories.

“So, how are you two spending your wedding night?” I asked in typical inappropriate Singapore fashion.

“Huh? What wedding night? He’s at home. I’m at home lah! My parents having dinner will come home soon.” her reply laced with incredulousness.

So she was at home with her parents, with her husband nowhere in sight.

This surprised me because I had rather expected her to at least be having a romantic dinner with her husband to celebrate the event, if they were not inaugurating their newly wedded bedroom. But the explanation was that they had not gone through the traditional wedding ceremony, and until that ceremony is observed in the beginning of the following year, their families demanded that the two of them stay at the homes of their respective parents.

In Singapore, couple partnerships are highly conflated with the more romantic and ceremonious social traditions, values and beliefs. “No church wedding – no living together, no sex.” It is the socially proper thing to do.

Marriage: an administrative and legal function

The legally binding contract of marriage between two individuals is primarily functional. Yet even in the more globalised and cosmopolitan of cities in Asia such as Singapore, the concept of marriage seems conflated with other socially romantic ideas of full laced white gowns, roses on aisle, strawberries in champagne, a new cozy apartment and having children. The fact that the marriage contract in effect is a longterm legally binding entity, the signing of which by two individuals calls into effect a corresponding set of social and familial judicial laws in the event of the couple separating or divorcing, seems completely backgrounded and overlooked.

The marriage contract, apart from serving its purpose as part of state population auditing, once signed between two individuals, helps facilitiate a smoother separation and decoupling of assets between them should their partnership come to that.

Sweden, as reflected by the works of architects Tham & Videgård, is one of the most secular countries on the globe (WIN-Gallup International 2012, Lindahl 2014) with a love of nature and preference for individual autonomy (Lundström 2008, SCB 2011). A tree hotel in the far north of Sweden, near the small village of Harads, close to the Arctic Circle. Photo by Lola Akinmade Åkerström 2013.

The context for couple partnerships in Sweden is vastly different from that of Singapore.

Sweden as a country treasures personal individuality and autonomy. According to Swedish national statistics, single households without children are the norm (SCB Befolkningsstatistik 2012 – Hushållsstatistik), and as many as a third of all couples living together are not married (Statistics Sweden 2012).

This perspective and lifestyle came as a complete bafflement to me when I first landed in Sweden more than a decade ago. “Marriage is just paper. It’s an inconvenience. Besides, there is no amount of putting your name on any number of papers that can make you want to build a life together with that person.” I was told. Those lines landed on my head as an anvil. And there, the only thing I was able to fathom was, “So you mean I will never be able to don that Pronovias wedding gown I so had in mind – ever?”

In Sweden, most young individuals by age 21 would have an apartment of their own. This trend had its roots already in the 1960s, where a combination of social changes and a notable lack of housing caused the concept of living in sambo to became a socially accepted norm. The relative broad scope of defining personal relationships is also reflected in the Swedish language, where two individuals can be described as being gift (married), sambo (co-living as married, in the same house) or särbo (living as married, in separate houses). That the couple have or do not have children remain unstated or unclassified in the above categorisations. You will need to politely further inquire if you wish to find out more about their living arrangements and partnership.

In this social construct, a young individual in Sweden can choose to finance their own apartment from an earlier age in their late teens for example, through various familial and/or state financial support schemes. Young individuals might also choose to cohabit, learning to divide economic costs between themselves from when they first move out of their parental homes without signing between themselves any binding legal contract of marriage. In this case, Sweden’s sambolagen comes into effect in the event of a couple separation after living together for a certain number of years. After all, relationships are built upon the ongoing negotiation between two individuals and it is assumed that people should be mature and adult enough to manage their own private affairs of coming together and separating thereafter without the unnecessary intervention of state laws. 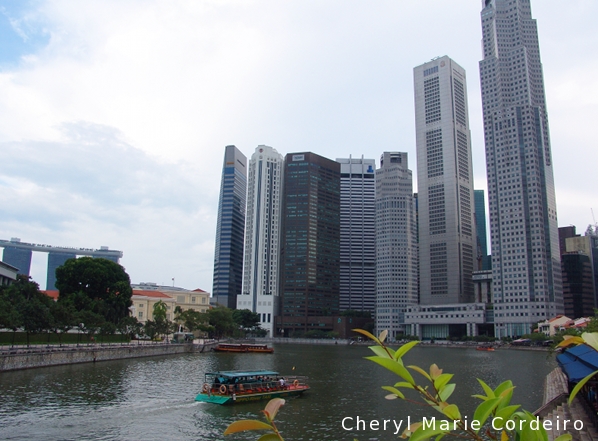 The intertwining of state policies with the legal partnership of marriage, such as governmental housing subsidies to young couples to move out of their parental home on basis that they enter a longterm legally binding contract of marriage, could be said to be an example of a structural discouragement of cohabitation prior to marriage, where young couples have little chance of test living together before making that (intended lifelong) legal commitment to each other.

In the case of Singapore with the story of Susan and her husband, it is in this disjuncted situation that one can still witness the realisation of marriage being fundamentally a legally binding contract even if that fact is socially backgrounded.

The legal system of Singapore also tends to define the status of couple partnerships in a more dichotomous framework when compared to the Swedish framework, the couple is either married or divorced, the concept focusing around the family nucleus as core.

This dichotomous perspective is reflected at state policy level, where a corresponding young individual in Singapore is not eligible to make a first time purchase to a newly built government apartment of their own before the age of 35. Marriage between young individuals is encouraged by state housing policies on the other hand, where young couples are incentivised with partially subsidised state housing for first time ownership on condition of marriage. Private housing and condominiums are possible alternatives but as cost of living increases, few young individuals would be able to afford that option. With such socio-economic and policy structures in place, cohabitation between young individuals is causally if not socially discouraged.

From a broader perspective, state governance and socio-economic policies implemented will need to find a balance between time (what has been) and context of situation (what is and what will come). To that extent, an ideal context would see state policies being formulated around the evolving needs of their people, restructuring and facilitating the socio-economic realities of its people where and when necessary.

While Sweden, in its evolution towards greater social individuality and autonomy has its own housing problems when it comes to managing their younger generation (Boverket Ungdomars boende – lägesrapport 2013), the financial incentive for first time housing possibilities for young couples on condition of marriage afforded by the Singapore government has had several effects on the country’s socio-economic fabric.

While taking care of a fundamental need of aiding young Singaporeans to their own financial independence, and helping to conserve familial social traditions by reinforcing what are traditional social norms, that young individuals should live with their parents until they are married as the ‘right’ and ‘moral’ thing to do for example, it at the same time puts the constraint of individual and personal exploration that is also much needed between two persons should they intend to venture into a life partnership together.

Amongst the convenient legal positives that come with the signing of a marriage contract, is the fact that the act of signing the agreement between the two parties activates a further set of social and familial state laws that will come into effect in the event of the couple’s separation or divorce. Signing the marriage contract meaningfully transfers the legal rights of each individual to a higher authority (family court of law) to manage their capacity (or incapacity) to act during a time of high stress and what has come to a situation of deep mistrust between the couple.

So while the Singapore government is currently worrying about increasing divorce rates and falling birth rates (The Straits Times, 1997, Singapore Window, 2004, Asia News, 2006, Population White Paper 2013), it could be argued that transformations in social values go both ways, ground up from changes in lifestyle and needs due to forces of globalisation and greater individual mobility to state down implementation of congruent policies. To that extent, the change in the perspective towards the concept of marriage and cohabitation, which signals a certain lifestyle could be helped by a congruent change in state policy.

It is here not to say that Singapore or any Asian state should follow the Swedish or any Nordic example of social partnerships reflected in social policies. The histories and resulting social realities of the two regions (Scandinavia and Asia) and thereby countries (Sweden and Singapore) are different. Rather it is to look at the general global demographic and population trends, and make observations as to where and how policies of other nations might be useful to apply in the local context.

At a social level, Asia in general will need to recontextualise its perspective of gender relations, the concept of marriage and premarital cohabitation. That a woman from Asia in today’s context continues to deem being married as a ‘personal achievement’ seems a far logical realisation as to what and how exactly a marriage contract functions and why it exists in the legal framework of any society in the first place.

But transitions in ideology take time. And currently, if a Swedish male is sending off his Singaporean female date home on a late evening, he can expect a brief peck on the cheek, her eyes brimmed over with the romance of being married to him (preferably with him moving to Singapore permanently because her family is rooted there), and that the dark figure in the doorway behind her is a parent, still up and waiting.