Connecting ideas in theoretical physics and the language of education 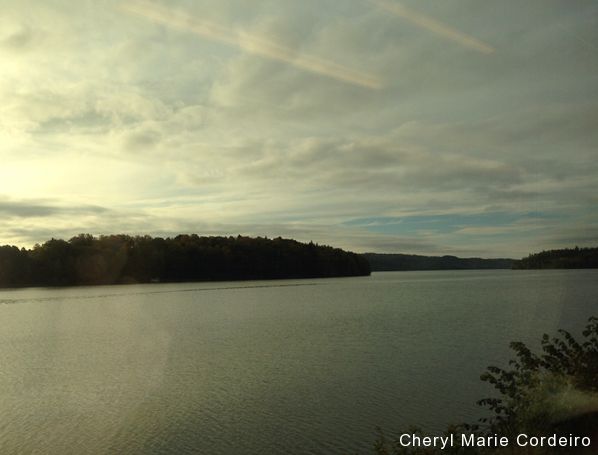 The reflections in this post stem as part of a theme I’m currently reading on the democratisation of education, based on literature reads Biesta [1], Leathwood [2], Martinsson [3] and Kalonaityté [4], followed by Lekebjer et al. [5]. Amongst the reads, I and was immediately drawn back to Biesta’s life’s work in academia that revolved around education philosophy, only after he began a decade’s work into teaching physics [6].

There seems to be one consistent message in Biesta’s scholastic pursuit, reflected in the myriad of literature he has produced, and influenced. Within this message, I have picked up three themes that resonate with my own learnings through my academic career with undergraduate foundations in the field of the study of the English language and critical discourse analysis – language (of education / of learning) [1, -10], subjectivity [6,9,10] and purpose [6-11].

I have personally pondered the paradigm of knowledge transfer and the role of the education institution in today’s society of digital infrastructure and information communication technologies (ICTs), and the realisation of the impact of technology on what skills would be needed for tomorrow’s societies. Formal education will certainly have a hand in helping mold the minds and fostering the craftsmen of tomorrow. But how? And to what purpose in the context of flux and uncertainty? One needs only to look at the developments in autonomous automation to envision a different factory of the future, machines communicating with machines, machines building machines, already in the making, now.

I was thus intrigued to listen to the ideas behind Biesta’s works, sometimes quite poetic in expression when he talks about the coming into the world and the uniqueness of being and the encouragement or even right to subjectivity in individuals. Parallel in thought is a prominent scholar in the field of linguistics, Noam Chomsky, with works on the theory of universal grammar. Chomsky’s 2002 [12] presence in Sweden rivals that of rock star Bruce Springsteen’s presence in Sweden with sold out tickets to events both in Stockholm and in Gothenburg [13]. Taking on a more technology oriented perspective and the influence of ICT developments on the democratisation and accessibility of education, Chomsky voices similar concerns of Biesta’s in his ideas on the value of education and how the system is working today on achieving the goals of education [8].

If there was one observation to be made on the thematic concerns raised by Biesta and Chomsky in relation to the purpose of education, it is that it is indeed a matter of subjectivity. But here, I mean subjectivity not quite equivalent in manner in which Biesta has defined, that an individual comes into and realises their own subjectivity only in relation to others and what they allow [6,7,10], but rather, subjectivity in the sense of deixis, as with the function of pronouns in the use of language. With deixis (and even perhaps here, Biesta’s use of subjectivity applies), comes perspectives.

Language allows for perspectivising, whether in description of an entity or of a process, there is the capacity to indicate an actor / sensor, an object / process, and in some cases, the beneficiary, all set within a context. Perspectives are what language not only reflect from the user/s point of view, but also situates what is outside or beyond the view of the user/s.

These thematic concerns raised by Biesta and Chomsky (as examples), of the language of education / of learning, of subjectivity, democracy in education etc., are voiced from prominent scholars of mature cognition, whose perspective is reflecting of developed economies in the Euro-sphere of the globe. But what would be the consequence of a practical implementation of (unbounded realisation of) subjectivity, and as Chomsky phrases “what’s called the crisis of democracy, too much democracy” [8: 2.53]?

To that extent, I would like to go back to Biesta’s academic foundations in physics and draw upon the insights of Niels Bohr in conversation with Albert Einstein in the founding years of understanding quantum physics in the 1920s [11], on Bohr’s idea of “phenomenon” where he deemed that “no elementary phenomenon is a phenomenon until it is a registered (observed) phenomenon” [11:184]. At this time, in the beginnings of understanding the workings of quantum physics, Einstein was none too comfortable, deeming that the findings of quantum physics was incompatible with any form of logical reasoning, different from the established science of classical physics, to which Bohr replied that Einstein’s concept of reality was too limited [11:182]. Bohr maintained that “what answer we get depends on the question we put, the experiment we arrange, the registering device we choose. We are inescapably involved in bringing about that which appears to be happening.” [11:184]

Which leads to, purpose in education and in fact, in all things that humankind chooses to pursue in the fostering, building and perpetuating of its kind.

As observed that the thematic concerns in the role of the institution of formal education, as raised by scholars reflecting of developed economies in the Euro-sphere of the globe, who are of themselves of mature cognition, and who are likely themselves to exhibit the capacity for plurality of thought, and the capacity to reconcile seemingly opposing ideas, beyond syllogism, the question is – how relevant would that be to contexts of learning, to societies and groups of individuals outside of this shared reality / level of existence?

The capacity to perspectivise in a pluralistic manner, let alone implement, is in a formal education system not a given. It takes a certain maturation of the mind, of the general social consciousness to develop to a point of accepting a type of logic that is beyond syllogistic in nature that is still prevalent in the foundations of western civilisations.

With advancements in ICT, what can be seen more today is how individuals of different values, different cognitive mindsets have little choice but to encounter others different from their own either at the work place or over virtual spaces, and instead of embracing a different view, a different reality, choose instead to withdraw into social isolation [14]. And while there are those who would prefer people to be indoctrinated to bolster a certain vision of a society, the question could well be, how many would prefer too, to be indoctrinated because their level of cognitive maturity and level of existence need it? The realisation of this idea is not too far fetched if one considers the human need of rituals, of institutionalising beliefs as a sense of personal social identity and belonging.

I found Winter’s [10] interview with Biesta interesting in the extent that the concept of Biestan subjectivity was framed without concrete / practical contextualisation, so much so that a catch 22 moment is realised:

“on the one hand I am arguing… that the question of subjectivity should be prime educational interest, whereas on the other hand I seem to be saying that there is nothing that educators can do.” [10:112]

Yet, with all critical, pluralistic observations on that point, I would conclude that, no it is not that educators can do nothing on the question of Beistan subjectivity. Rather, it is to do as Bohr noted in his understanding of the workings of quantum physics, that what we get depends upon what we choose to measure and how, and the task at hand is to define the context, and purpose of the pedagogic activity. There are many actors and beneficiaries to the educating and learning processes. These processes occur not only in formalized institutional settings but they can also occur in private domains of the home, the family and social networks. In formal institutions of education, the responsibility lies with the educator to facilitate learning. Yet in the journey of life, it is our own atman project towards self realisation, to which the responsibility lies in each and every individual, for their own purpose.