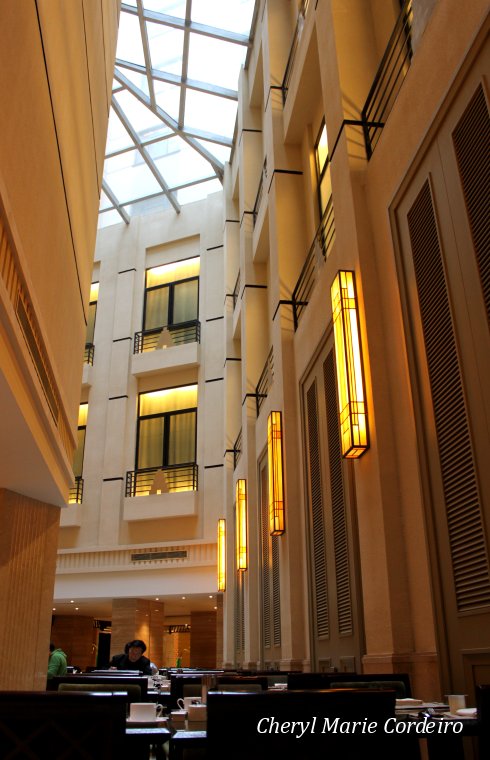 And I thought I would walk into a city that would be so foreign to me that I would not have understood half of what was going on as soon as I landed. But I was wrong. In fact, the melding I felt to Shanghai was so immediate it was as if I had stepped off the plane, right back home.

One of the things I look forward to whether travelling or at home, is breakfast. Shanghai, being such a dynamic and cosmopolitan city, has no problems providing for all sorts of palates. In fact, settling for both a red bean steamed bun and a mini chocolate muffin at breakfast was just the sort of thing that a Singaporean for example, wouldn’t think twice about either. 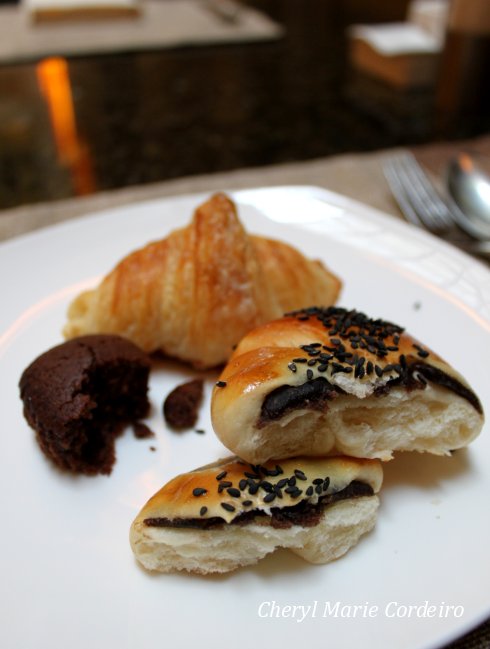 The breakfast buffet at the Hengshan Picardie echoes the international flavour of Shanghai, from a red bean bun that is a staple for breakfast in many parts of Asia, to the more occidental chocolate muffin and croissant. 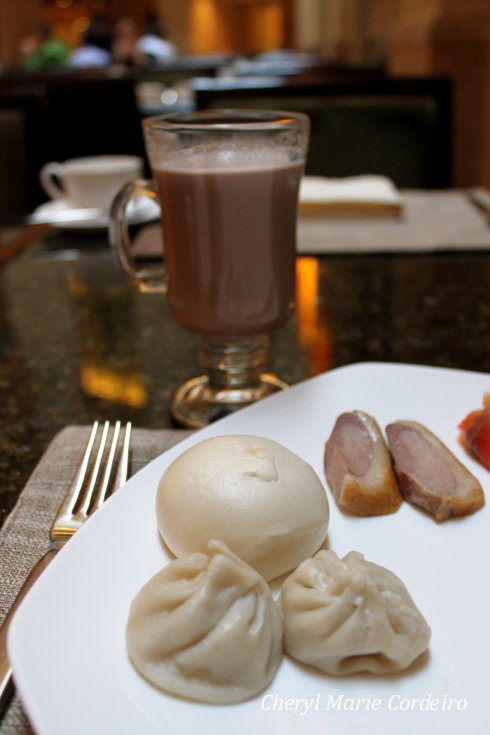 A steamed egg yolk bun and xiao long baos. In the background, a tall warm glass of hot chocolate. 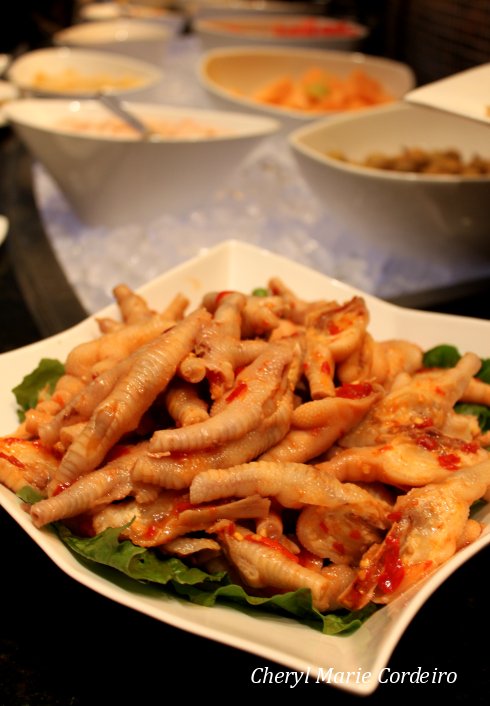 An offering of chicken feet for breakfast.

And here, like Singapore and Hong Kong, is apparently where you find chicken feet for breakfast.

But it wasn’t just the food that is on the table in this visit round, but rather the realization of China’s rate of urbanization.

Shanghai’s Maglev Train for example puts most other public transportation systems in other more developed countries to shame. Travelling at 306 km/h in a normal high speed train and not the Maglev, we were able to reach Nanjing in about an hour and twenty minutes. Just as how America’s railways had transformed the country when it was built in the 1800s, it is no doubt that China’s current ambitions of their fast railway system connecting east to west, city to suburbs and coast to inner-China that contributes to its stunning economic growth.

From Foreign Policy.com on Why China’s economy will grow to $123 trillion by 2040 by Robert Fogel:

… many underestimate when making projections for China’s economy …the continued role of the rural sector. When we imagine the future, we tend to picture Shanghai high-rises and Guangdong factories, but changes afoot in the Chinese countryside have made it an under appreciated economic engine.

…productivity is increasing even for those who remain in rural areas. In 2009, about 55 percent of China’s population, or 700 million people, still lived in the countryside. That large rural sector is responsible for about a third of Chinese economic growth today, and it will not disappear in the next 30 years.

In fact, Luca Di Leo of The Wall Street Journal writes of how it’s expected that China could surpass U.S. by 2012 as the U.S. slows down. 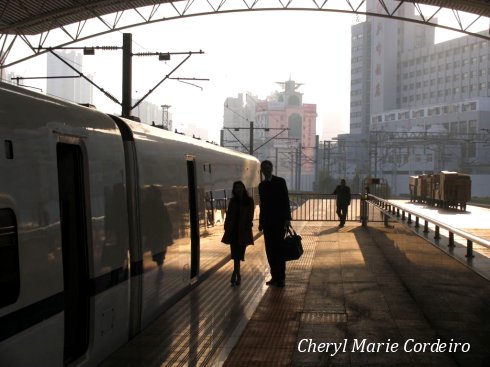 Just some of the facts discussed over the boardroom tables during our various meetings here regarding China as a market are that there are over 200 cities in China; 350 million people will be added to its population between 2005 and 2025, which is more than the population of the US today; there are about 17,150 people per square kilometer and five times is what China’s GDP will have multiplied by from now till 2025.

Shanghai is no exception to China’s rapid urbanization.

The metropolis of Shanghai, for once being a small fishing and textile town before the 1800s, has certainly grown up breathtaking in terms of skyline, food, culture and people.

Here in Shanghai, I understand the people, the pace of talk, from the honking of the traffic to its unwritten rules of sync between pedestrians, scooters and vehicles alike. And a brief visit to Xin Tian Di for dinner told that one particular restaurant in particular, Fountain, with their array of international and fusion desserts, is there to definitely steal my heart.