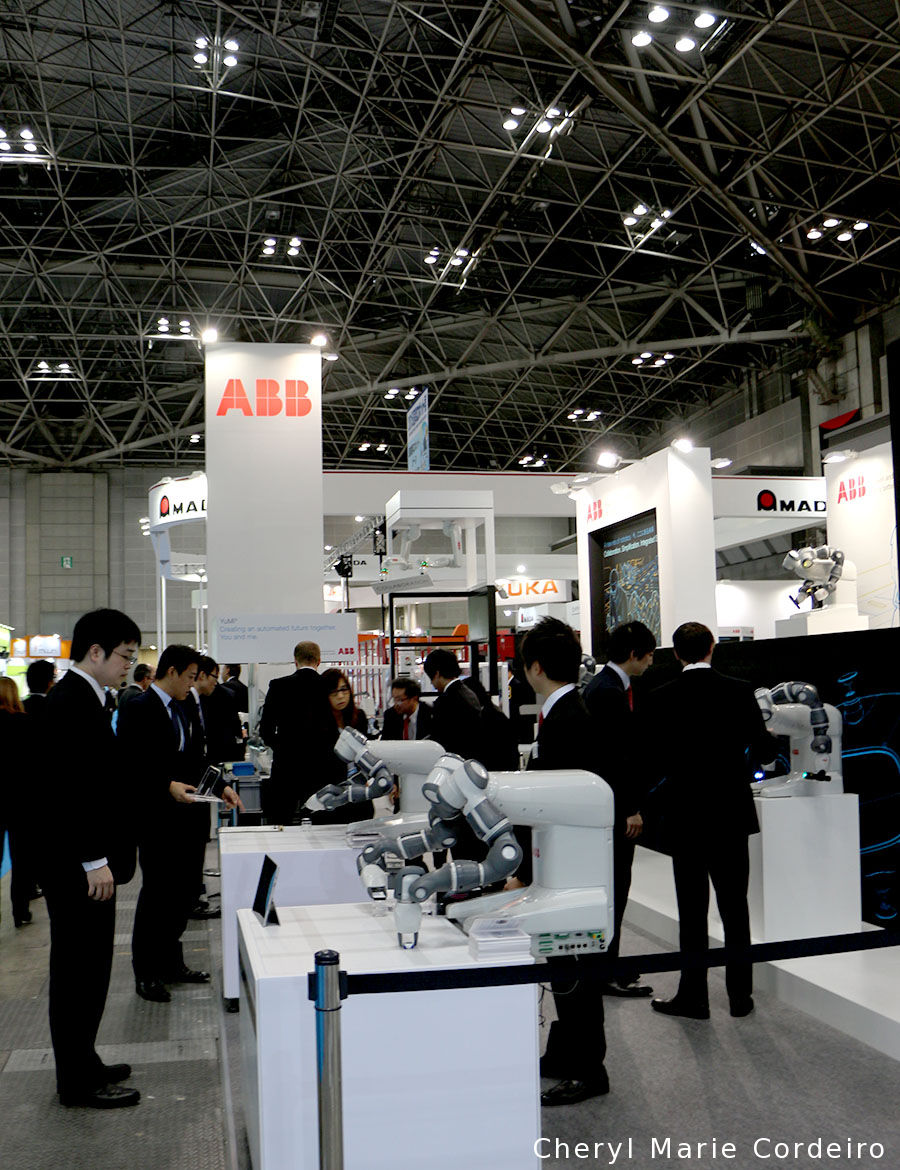 The 21st International Robot Exhibition (iREX 2015) took place between 2 to 5 December in Ariake at the Tokyo Big Sight in Tokyo, Japan. Organized bi-annually by the Japan Robot Association (JARA) and Nikkan Kogyo Shimbun, LTD and supported by varoius Japanese trade organizations, this robotics exclusive event attracts an average of over fifty multinational enterprises in exhibition and more than five thousand visitors interested in the latest robot technology.

Robots have gained popular interest in recent years, firing debates on whether robot solutions are deemed as key to economic growth across the globe whether developed or emerging economies [1]. Of personal interest was the parallel Robot Summit 2015 session that saw a keynote speech entitled For Realization of Robot Revolution delivered by Japan’s Ministry of Economy, Trade and Industry, and a panel discussion take place between eight industry leaders in robotics on the theme of the pioneering efforts of the robot revolution. The eight industry representatives, moderated by journalist Mariko Mikami, in the panel discussion included:

Global trends for robotics industry / robot revolution
A recurrent observation on important technology drivers for the robotics industry that generally saw a strong growth in the past two years [2] included digital life, cloud technology, big data, smart manufacturing and the Internet of Things (IoT). A matrix of factors that included the lowering of automation costs in conjunction with an increase in labour costs, plus an observed aging global demographics that hampers labour mobility as can be observed across various developed economies such as Japan and even China, are what are seen as driving forces to the growth of the robotics industry.

Japan’s robot strategy driver
The aging society is a serious issue for Japan, the main reason why the Headquarters for Japan’s Economic Revitalization adopted a new robot strategy 2015. Japan’s number of senior citizens aged 65 and above hit the record high level of over 31.9 million (25.1% of total population) in 2013. The number of working age population for Japan is also on decline, currently dipping below the level of 80 million to 79.01 million. This has meant that social security costs for Japan hit a record ca. JPY109 trillion in the fiscal year 2012, accounting for 30% against the national income [3]. Part of the robot solution in Japan is to cater in aid to elder care, in reduction of medical costs and physical impairment due to advanced age.

Japan sees innovation in robotics as key to easing its social challenges. Set within the context of the era of IoT and virtual networks, it views advancement in robot technology as playing an integral role in the country becoming a global hub of robot innovation in both business (B to B) and consumer markets (B to C). A small enterprise, Mujin, founded in Japan in 2011 is currently working on intelligent controller technology that can be used across automation products [4].

Collaborative robots
There seemed a fair consensus that the future of robotics would revolve around not cost per unit of robot solution but rather ease of use for the customer. Prior to the concept of collaborative robots, automation in industries saw humans fenced off from robots as part of indsutry safety standards. The latest technological breakthroughs in robotics equips machines with in-built motion sensors that now allows for closer working proximity between humans and robots. Part of the ease of use in collaborative robots is also its capacity for intuitive lead through programming of the robot that requires little prior training on the part of the operator. 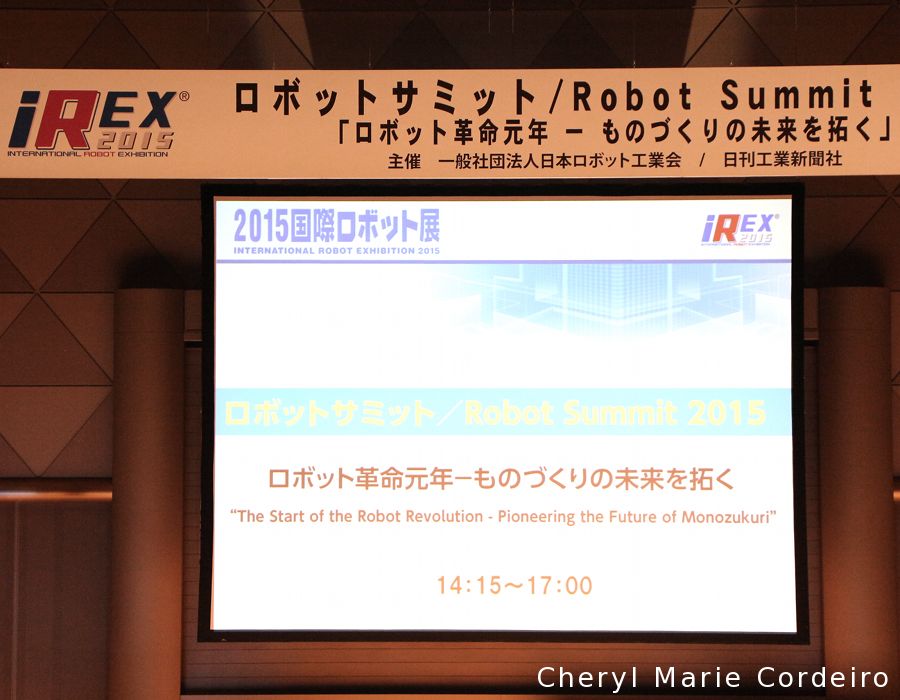 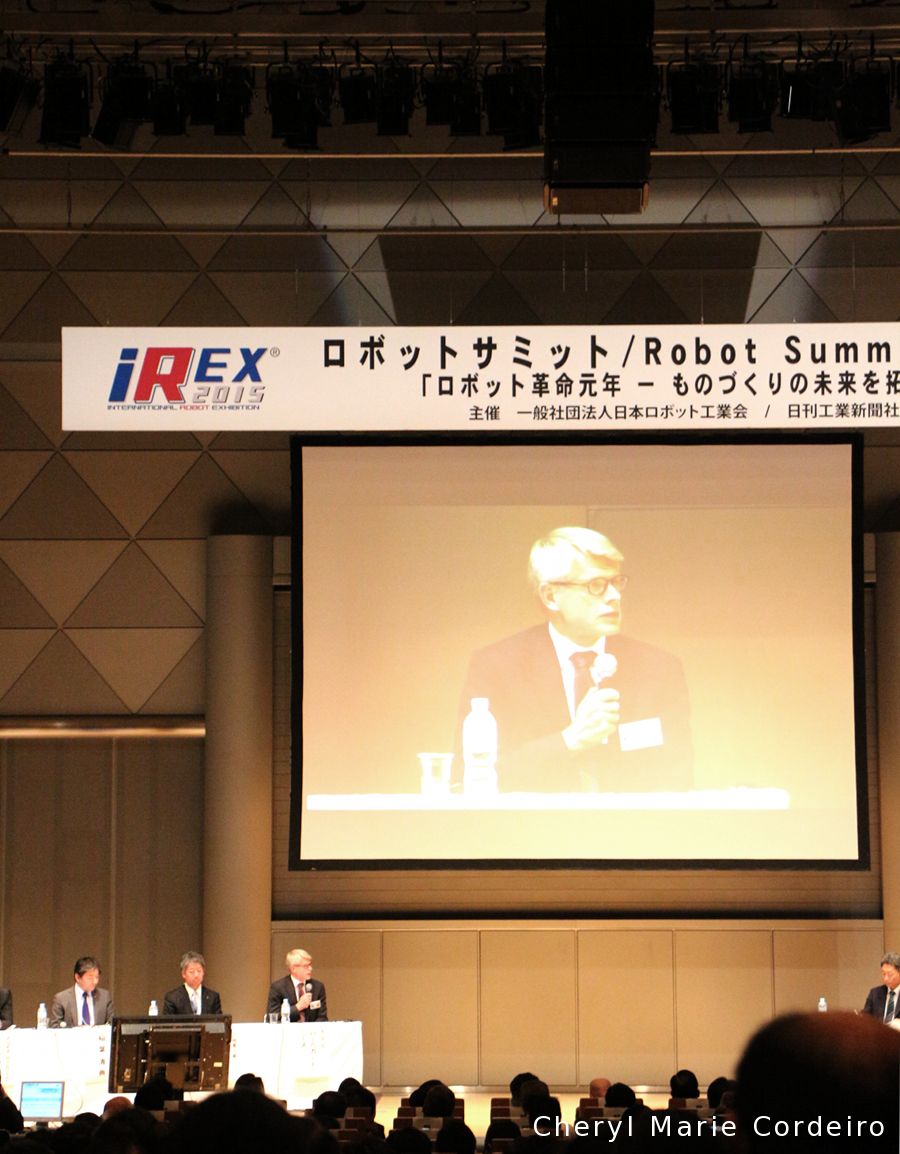 Per Vegard Nerseth, ABB Group Senior Vice President and Head of Robotics, participating in the Robot Summit 2015 panel discussion, on the topic of global trends that will fuel the development of the robotics industry in short to mid-term future. 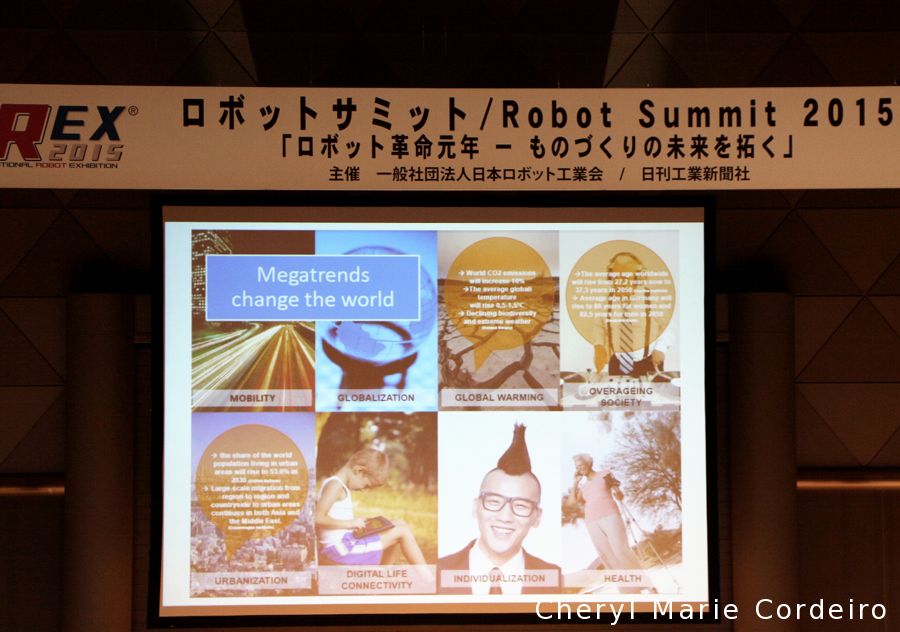 A presentation slide from KUKA Roboter presented by its CEO, Stefan Lampa, on the eight megatrends of society that drive the robot industry. 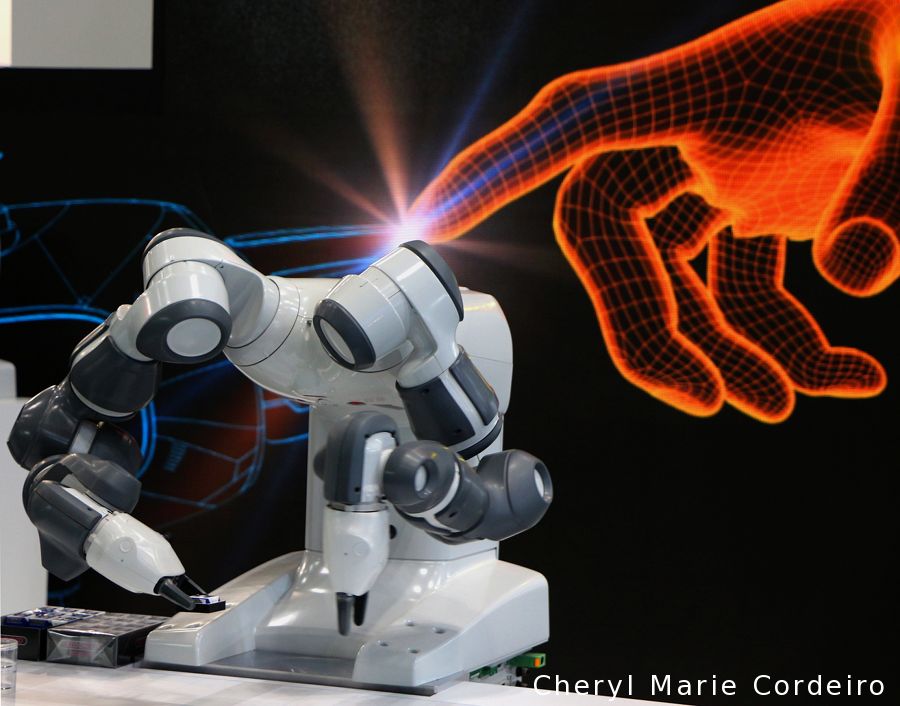 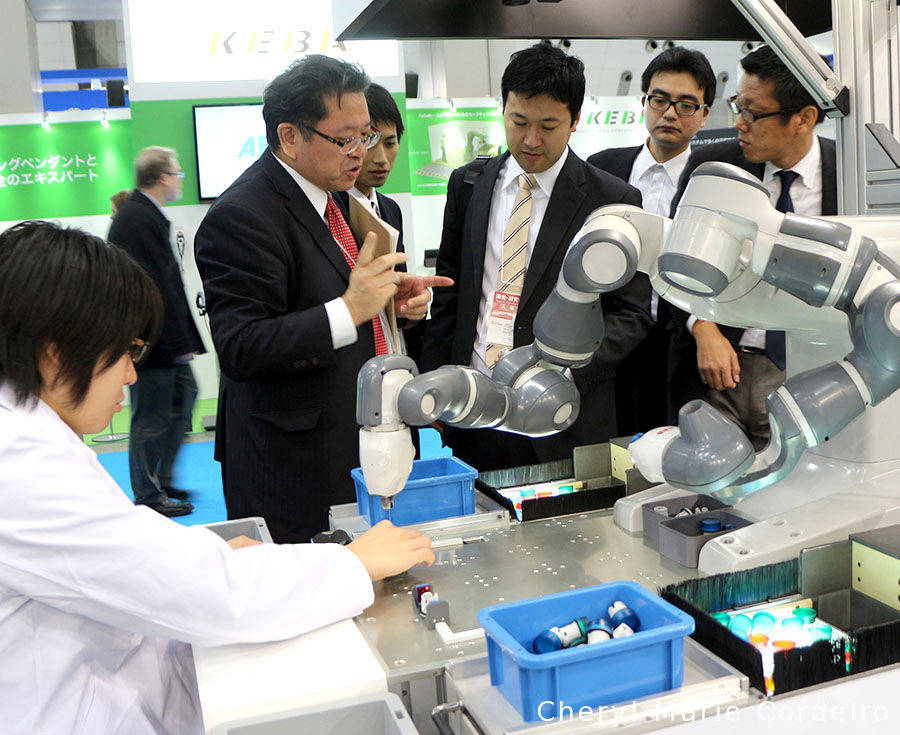 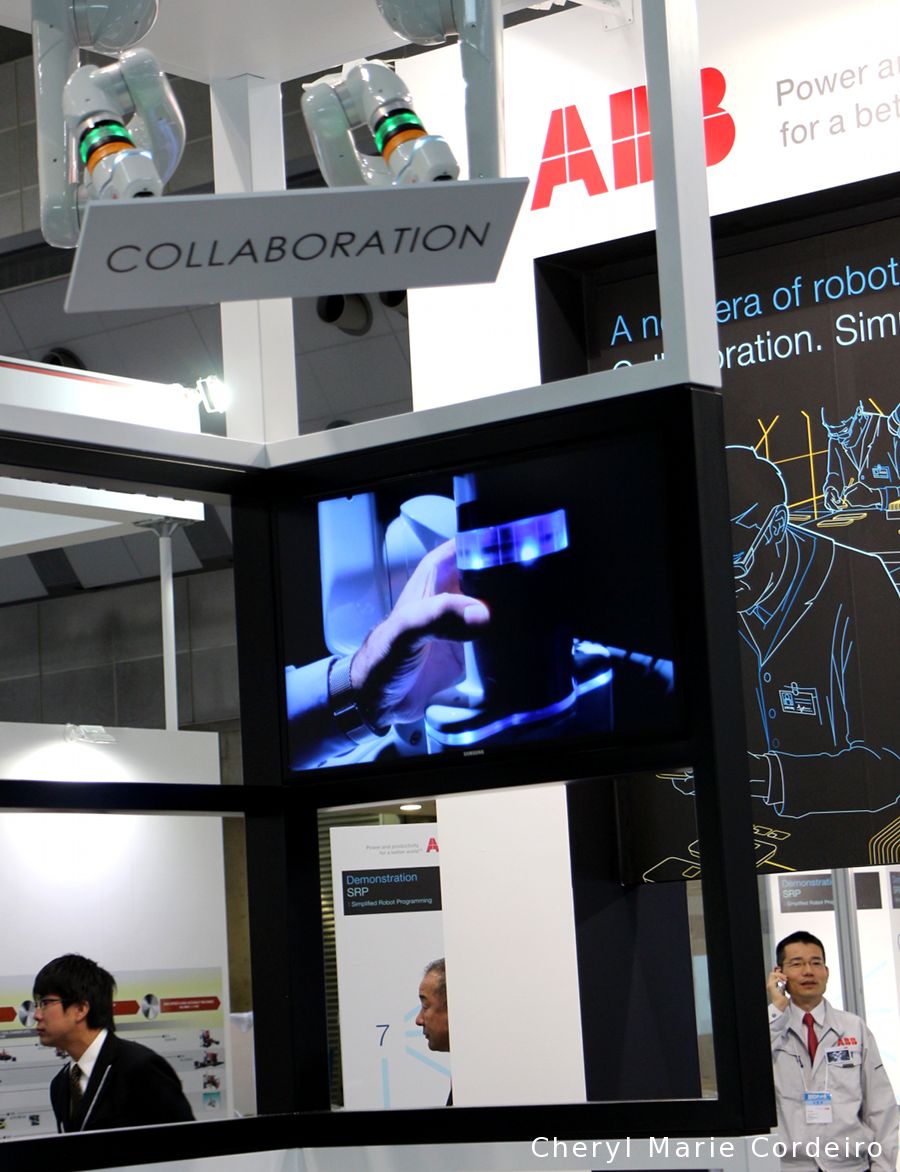 When it comes to robot customer solutions, ABB has identified three areas of focus that it saw will help define the future of the industry that includes collaboration / collaborative robots, simplification and integrated solutions.