The evolving concept of luxury 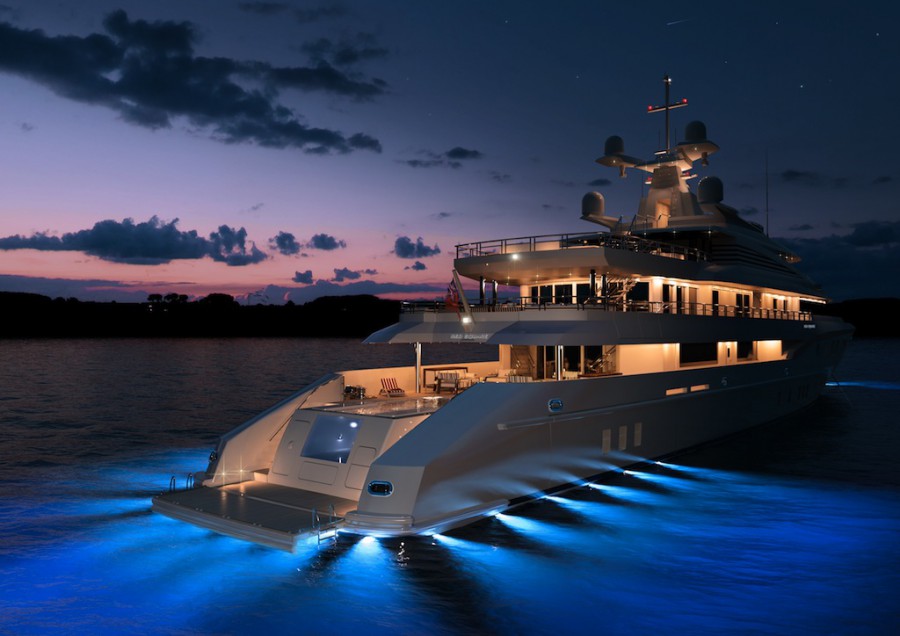 The definitions of luxury

Luxury is an extensive concept which connects with extravagance, prestige and elitism (Dubois and Czellar, 2002). Some standard dictionary definitions of luxury could include:

One could see how the above three definitions found in the American Heritage Dictionary, are intertwined and difficult to separate. A very broad definition of what is luxury, from Coco Chanel reflects this interlacing of definitions to form a concept of luxury: “Luxury is a necessity that begins when necessity ends” (Gradvall, 2007).

This broader concept of luxury would be more easily understood about two or three hundred years ago when only the very rich, bordering on royalty, could afford well crafted goods and extravagant living spaces. Louis Vuitton for example had its history on catering to the upper echelons of society. But today, it seems that the contradictory phrases everyday luxury or affordable luxury hardly stops us in our tracks and wonder if that is indeed possible? And when it comes to luxury goods for example, how desirable are luxury goods if they become so accessible / affordable as to be common?

The following paragraphs will address indeed just those collocated words of ‘everyday/affordable luxury’ pertaining to just luxury goods, and why this often heard concept is not exactly diluting the want for luxury goods / brands per se, when diluting of want should be a consequent to affordability. As such, the focus of the following paragraphs is fairly narrow, concentrated on the luxury brand that produces luxury goods. The word ‘luxury’ in this context is taken to mean a tangible good that is “something rare, expensive or hard to obtain”.

There are several factors that, working in tandem, could possibly contribute to the general perception of the greater affordability of luxury merchandise. The last few decades alone for example, saw several global economic changes, not least including the IT wave that made millionaires of millions and the conglomeration of luxury brand organizations, that could have led to what some have perceived as the mass production of luxury merchandise.

In addition, within the competitive world of luxury brand retail, many designer labels have also wanted to increase their customer base and one way of doing just that is by making ‘luxury’ more affordable for the street masses. Roberto Cavalli for example, partnered H&M for an autumn 2007 collection that took Cavalli off the luxury niche / pedestal and gave the brand street credibility, making it a household name for every fashion blogger. Louis Vuitton for example, has Marc Jacobs as creative director who in turn has two labels, Marc Jacobs and Marc by Marc Jacobs, that cater to various markets in different price ranges. In my view, Vuitton would be the top end of any Marc Jacobs design where not affording that, one could get a touch of Vuitton with Marc by Marc Jacobs.

And just as more designers are broadening sales by making their luxury goods name, brand and merchandise more readily accessible to the person on the street, there is the back scene conglomerating of luxury brands, mass producing as it were, luxury goods. It is no wonder that Dana Thomas (2007) calls LVMH (Louis Vuitton Moët Henessy) who has about 50 other brands under its wing, “the McDonald’s of the luxury industry” as it tops the luxury goods industry in which 60% of the industry is controlled by 35% of its brands. As Gradvall (2007:9) writes, “The biggest brands, like Louis Vuitton or Gucci, has become so big that their aura of exclusivity that they continue to market is nothing more than an illusion”. 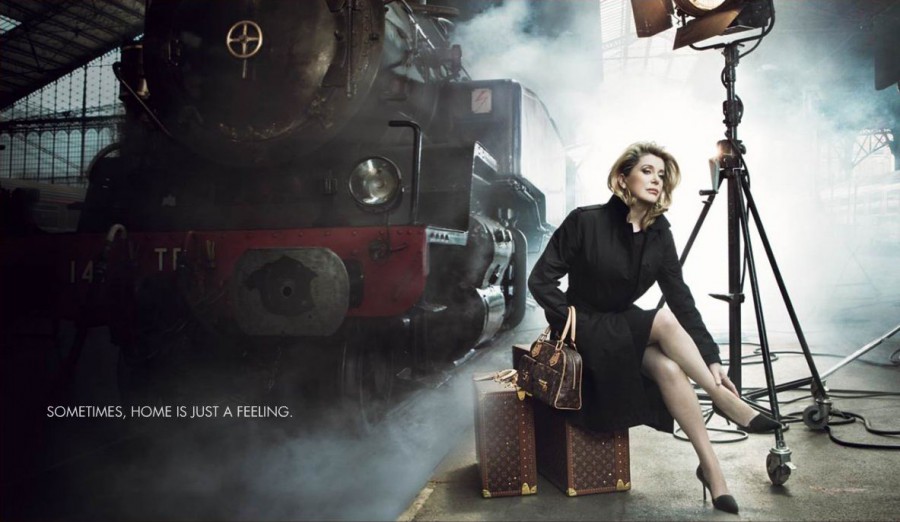 But why isn’t the concept of luxury brands / goods on the verge of extinction, with the mass production of luxury merchandise and with bringing luxury to the street masses?

Three possible perspectives of why it is that luxury goods, even though mass produced and seemingly ‘everyday’ and ‘affordable’ is here to stay, including that of (i) an evolution and a redefining of what is a luxury item in first world countries, such as that of Sweden; (ii) emerging third world markets and (iii) back end conglomeration efficiency in the luxury brands industry.

Redefining luxury: the case of Sweden

According to Gradvall (2007), it was only in the 1900s in Sweden that the words glamour and luxury carried negative connotations. Glamour and luxe, luxury and luxury goods conflated, were associated with everything that was over the top and too extravagant. In a tongue in cheek show of negative connotations of the word glamour, that reflected the current Swedish thinking, the soap drama The Bold and The Beautiful ran under the title Glamour when it was released in Sweden during the 1990s. And just twenty years ago, Gucci had yet to open an outlet in Sweden.

The Swedish fashion scene is also picking up on an international front, with Fashion Week becoming bigger than ever in Stockholm, according to DN. Fashion editors such as Ebba von Sydow who writes for Vecko Revyn and Sofi Fahrman who writes for Aftonbladet have also made the younger generation in Sweden highly fashion aware.

Glamour, luxury and the possessing luxury goods for the younger Swedes is no longer crass or over the top, rather it’s an expression of self-awareness and belonging to the ‘in’ crowd.

Sweden has also always been a country that cherishes quality craftsmanship. And among the young working generation in Sweden, who have the cash to spend, the word luxury and the spending on luxury goods, is more about a quality association rather than a status symbol of sorts. A selling point for luxury brands is their worthy provenance, a long history of quality and sales in the right social circles.

Connected to the redefining of luxury goods in a first world country such as Sweden, comes the awareness of the larger concept of luxury and thus luxury goods, as a necessity after necessity, in third world countries such as China and India.

Based on China’s past real GDP growth rates and projecting it into the future, the size of the Chinese economy will surpass that of the U.S. in purchasing power terms between 2012 and 2015. By 2025, China is likely to be the world’s largest economic power by almost any measure (Holz, 2005). While seemingly enormous in growth rate, China’s economic growth compares favorably to that of the “Asian tigers” which include, Hong Kong, Korea, Singapore, and Taiwan which, as a group of emerging economies, had an average growth rate of 7-8 percent over the last 15 years (Hu and Khan, 1997), where in most Asian tiger countries, luxury merchandise has no lack of attention or want.

Advantage of parenting / conglomeration in luxury fashion retailing: the case of Gucci 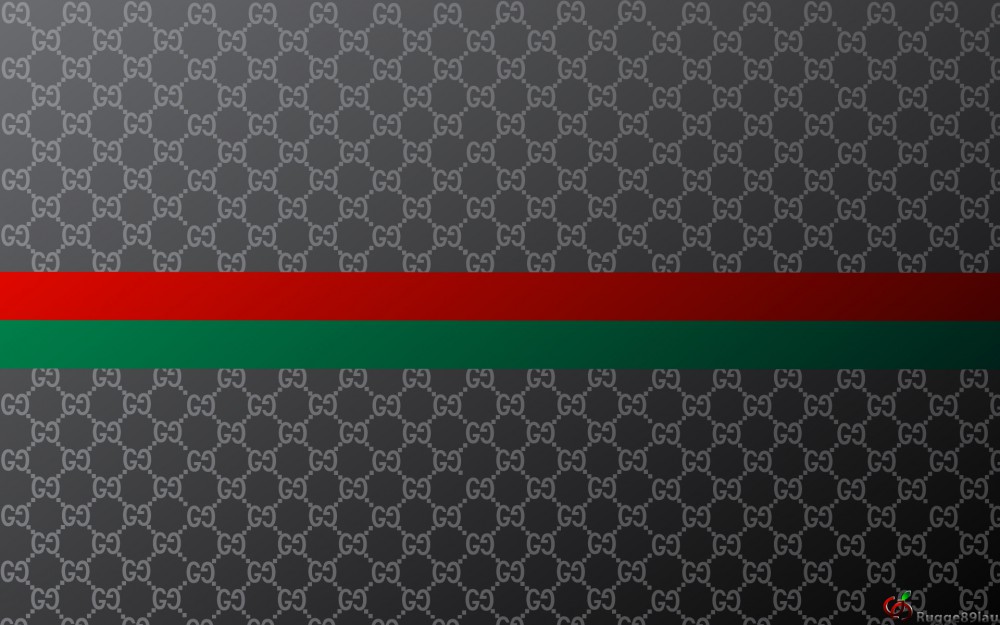 Within luxury brands, the conglomeration efforts have yielded positive results for its organizations in terms of cost savings, cost efficiency and knowledge sharing on luxury goods branding. LVMH and Gucci are two such conglomerate organizations that reap what Moore and Birtwistle term as the ‘parenting advantage’ from cooperative conglomeration.

It was Gucci’s brand heritage in history and culture, product quality and luxury brand management skills that made Gucci an attractive business to rivals LVMH and Prada who also acquired sizeable share holdings. And it was their agreement with Pinault-Printemps Redoute (PPR) in 1999 that transformed Gucci and pushed it into its multi-brand acquisition phase and their emergence as The Gucci Group.

The emergence of Gucci as a multi-brand luxury group is not unique within the luxury goods sector. Other leading multi-brand conglomerates include LVMH, Prada and Richemont Group (Mintel, 2004) and it is to this effect and the ability to exploit the expertise, resource and cost synergies of conglomeration that the Gucci Group has been successful (Matlock and Edmonson, 2002; The Economist, 2003).

While the juxtaposed and oxymoronic ‘everyday/affordable luxury’ that includes luxury goods, has become a normalized concept in today’s more affluent societies, due to several factors all working in tandem, it seems to have had a fairly small effect in terms of quenching demands for luxury goods. And instead of diluting the want and the demand for luxury goods, it seems that several other factors including an evolving concept of ‘luxury goods’ in first world countries, the rise of third world countries and more efficient back scene organizational workings where precise knowledge of luxury goods branding is effected, have lent a countering or balancing force to how accessible / affordable luxury goods can be.

It is perhaps not surprising then, that even with the mass produced feel of luxury goods these days, that to many out there, luxury is still the necessity that begins when necessity ends.

One thought on “The evolving concept of luxury”