Fashion: an expression of Hegelian geist 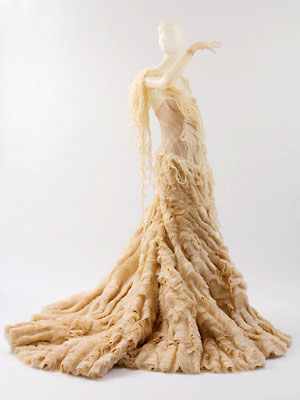 I’ve been revisiting Addressing Fashion by the Metropolitan Museum of Art (the avatar to the left will bring you to the MM’s website) and have picked out my favourite pieces from the their exhibition, to write about in this post. This is a subconscious streaming of thoughts, as it were, back on my favourite ponder on fashion, its connection to language, inspiration, geist and towards an understanding of a people.

My favourite pieces from this exhibit were the ones with a fuller silhouette, with soft flowing volume; their diaphanous design and characteristic, bordering on the ethereal. Even the ash grey of Theyskens piece below didn’t pull down my spirits or enthusiasm for the dress. 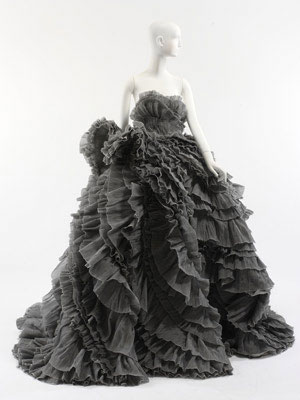 I’ve always thought fashion and personal style as a broad language of sorts. Looking at how the various designers expressed themselves in their pieces and how clothing changed with the times, the pieces in this exhibition called to mind Lars Svendsen’s philosophical take on fashion in his book, Fashion: a Philosophy. Svendsen (2006:64ff) didn’t quite agree with Lurie (1983) when she wrote that clothing was language. He was rather more convinced of Barthe’s (1967) theorizing on fashion as a system, paralleling that of Saussure’s signifier and the signified. I haven’t as yet read Lurie’s (1983) work but in light of Kress and van Leeuwen’s (1996) work on The Grammar of Visual Design, perhaps a more concrete theory on the grammar of clothing isn’t too far away?

As fashion today is so diffused in culture, the grammar of clothing and thus clothing as a concrete language is difficult to assume diachronically. Fashion is studied diachronically, most of the time with regards to their transformation, perhaps as a commentary on the life and times of the people, “an immediate expression of our zeitgeist” as the Met Museum has it. What for example, could have expressed a certain meaning for a sub-culture, is today more diffused. High heels in the late-1800s associated with street walkers for example, are today standard office wear for most women. And most people today would gawk at the thought of one equating wearing high heels solely with prostitution purposes (which tangently reminds me in this instant, of the song Free Your Mind, by En Vogue).

For Halliday (1994, and almost all works from the 1960s ff), the system of language and meaning making is a conscious choice of words, people choose what they want to say it and how to say it, to fit the context. I think that point of view can be broadly associated with the fashion system. The fashion system, in designing and building up a wardrobe within one’s limits and means, is also a choice. It is a choice of textiles, textures, cut, silhouette, colour, function etc. Synchronically, perhaps fashion is an expression of personal spirit, as defined closest to Hegel’s geist. 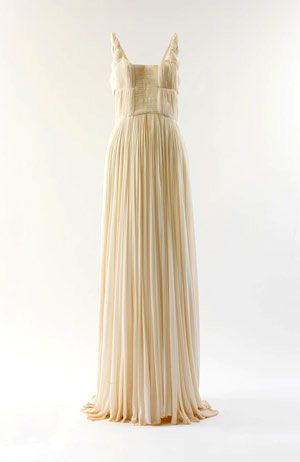 The work of Madame Grés (1903-1993) was part of this exhibition and she is to me, the epitome of self-expression in clothing design and manufacture. A tragic biography to behold, Grés reached the peaks and depths of the fashion industry. A legend already in her time with a Golden Thimble award in 1976, she passed on without word and in poverty in 1993. 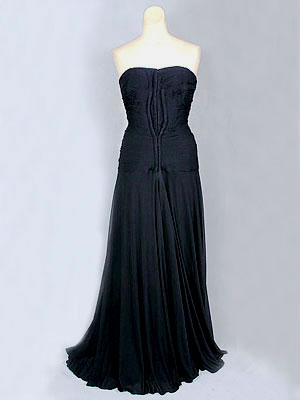 Grés was a sculptress at heart and in training. In her 50 years or so as atelier, her designs shifted not with the raveling fashion trends of the time, but towards a concretion of a greater sense of personal style, personal achievement and perfection of her technique.

In light of Grés, I see many out there who use fashion as an immediate expression of personal style and spirit. From designers such as Westwood, McQueen and Galliano to individuals on the street who use current trends to their own understanding and purposes. Even those who are uncomfortable with being ‘fashionable’ haven’t missed a beat, as Stella Blum has observed,

Fashion is so close in revealing a person’s inner feelings and everybody seems to hate to lay claim to vanity so people tend to push it away. It’s really too close to the quick of the soul.

And so it goes that to understand a person or a people’s history, in addition to the study of events, language, culture and architecture, one would do well to include a study of the people’s sense of style, their choice of clothing for a particular era or period of time in order to understand their history, their lifestyle. Perhaps likewise in getting to know an individual.

Adressing Fashion in blog format is now closed, and I hope the Met Museum will have more of such showing formats in future, since it allows for an international audience to view and comment on the pieces on exhibit.