China Goes Global 2014. Distinguishing between international and global societies, valuing many systems within one system of global trade: the case of Sweden and China in the 1700s. 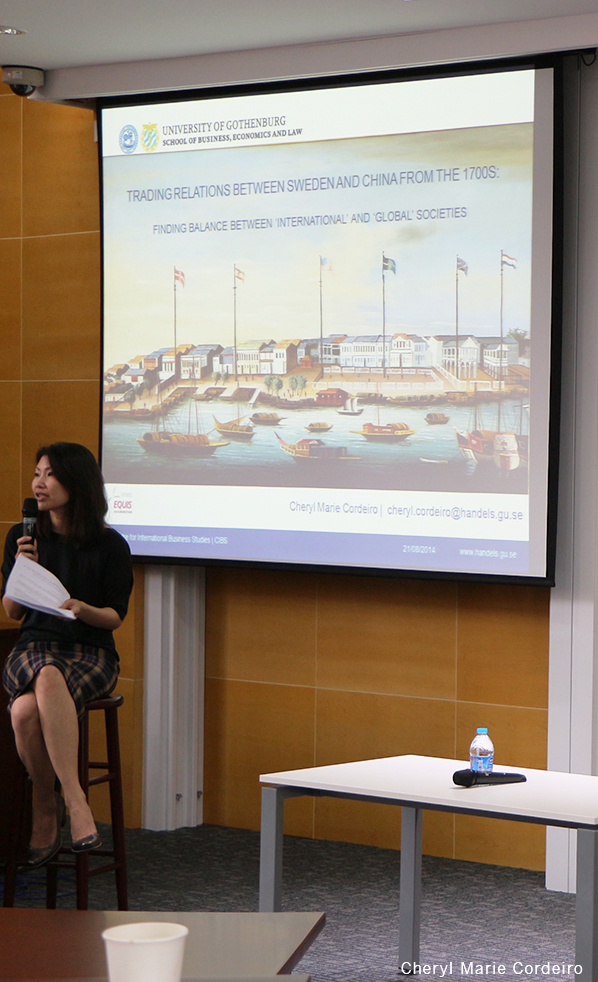 The 8th international conference of China Goes Global, organised by the Chinese Globalization Association took place for the first time this year in Shanghai, China. Co-hosted by the Institute of Chinese Enterprises Development at the Antai College of Economics and Management of the Shanghai Jiaotong University (SJTU) and KEDGE Business School (France), it was there that I was given the opportunity to speak some about Sweden’s trade relations with China during the 1700s.

In the process of doing some literature review for the presentation, I found myself thoroughly enjoying Robert Crowcroft’s (2012) article entitled, Globalisation and Public Language, where readers are left with a sense of seething irritation at the ubiquitous yet careless use of the word ‘globalisation’ and its concept, the contention being that both academics and politicians alike have failed to disentangle the various meanings of the word ‘globalisation’, and how can that be when not a day goes by in public discourse that the word is not used?

The language of globalisation flows from an assumption that the key drivers of international system are increasingly non-state based entities and ideas. That could be a religion, it could be the World Bank, or it could be a corporation such as Apple. And, similarly, those who depict globalisation as the key trend of our time look to issues which generate a degree of international cooperation, like climate change, humanitarian ventures and rogue regimes, as validation of the claim that a new order is being moulded out of the old. The whole edifice is thus underpinned by the notion that there is a new unity and cooperation in a world of mostly shared interests. That is a bold claim. Unfortunately, in many respects it is not really true. It is a myth. (Crowcroft 2012: 786)

And while the discourse of ‘globalisation’ has often pointed towards a more homogeneous world with a cosmopolitan culture and a single global polity, Crowcroft argues, that vision “is simply fictional” (p. 791) citing that current evidence from global politics shows increasing, rather than decreasing nationalism, particularly in parts of the world where ‘nations’ are historically weak (the Middle East and Africa). As an example, social media today, coming under the concept of ‘globalisation’ forces, help activists organise and connect reactions to decades of misrule.

The economies of the world have always been interconnected. These interconnections are what Crowcroft (2012) describes as the public discourse conflation of the different meanings of globalisation, and what Ye Xianming (2013) describes as the ‘dual structure’ of world history where ‘international’ and ‘global’ society co-exist in function and structure. The confusion in public discourse comes about when ‘globalisation’ is used, both in word and concept, to refer to the dual structured phenomena of international and global societies.

According to Ye, international society refers to the world’s economic and political systems marked by the autonomous yet interdependent powers of sovereign states. Like Crowcroft, Ye agrees that non-governmental and supra-national organizations might enjoy a certain global popularity but can never assume a leading position in international society, continuing to need the support from the state in order to exist and develop. National interests and self-preservation also characterise the international society. Global society however, refers specifically to “the system of relations [including individuals and states] formed through a consensus on global problems and the common efforts made toward their identification and resolution” (Ye 2013:109). An example of the collective action of states as actors is the forming of the Montreal Protocol to limit ozone-depleting gases, where from the time of finding in 1974 to 2004, the ozone hole over the Antarctic is recorded to have been reduced by twenty percent (Flannery 2001, 2010) due to collective agreement in action at the level of international society, working in understanding of global society.

It was in this context of literature that I took Sweden’s 1700s trading relations with China to speak about at CGG 2014, as an example of how the two countries have somehow managed to navigate the dual structures of international and global societies, finding balance between the two structures by consistently respecting and valuing international society’s many systems (of religion, culture, models of state governance etc.) in the overall one system of relations of global society and interests.

The ships of the Swedish East Indiaman Company were unlike their British counterpart, and had no mandate to exercise sovereignty of the state. The ships that had sailed from Gothenburg to Canton during the 1700s, had no intent to colonise or divide the port-of-call countries into political spheres of interest, but rather, they sailed with the sole intention of trade, with as little interference on the local socio-political fabric as was possible.

According to Crowcroft (2012), world politics might continue to remain largely regional for some time to come in future. Even with a resurgence of nationalism with states becoming increasingly relevant, states would generally prefer to tend to their own backyards, being generally disinterested in neighbourly affairs if those affairs do not directly affect them. As an example of diverse autonomies, the failure of the collective of nations to agree about what to do regarding the international financial crisis in order to stimulate economies and trade demonstrates the divided interests of states even where some might share the same currency of the eurozone. 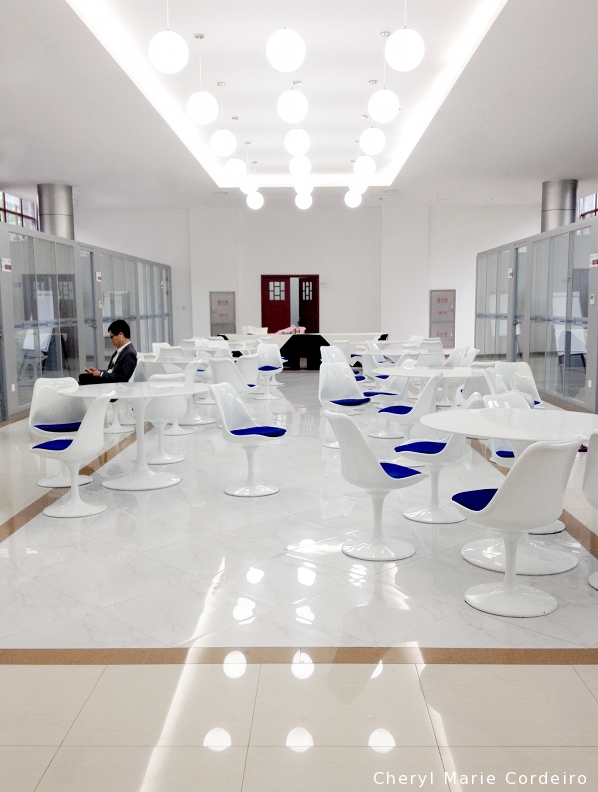 Multifunctional concept of space – a hall lined with glass walled seminar rooms for breakout sessions, at the Shanghai Jiaotong University. 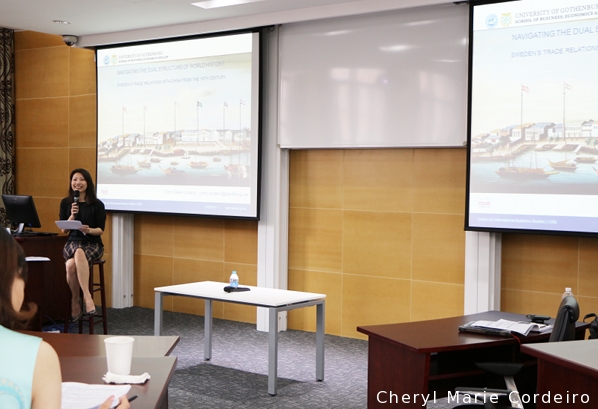 In the background slide, a painting ca.1810 by an unknown artist of thirteen factories viewed from the Bocca Tigris, Whampoa, Canton. It illustrates the Hongs at Canton during a time when foreign trade in China was limited exclusively to the port of Canton. 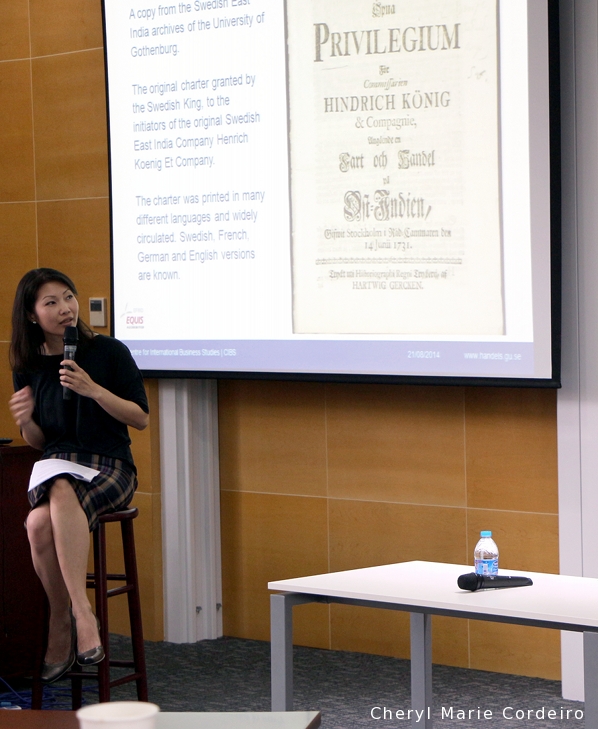 The Swedish Trade with China during the 18th century was run under a state granted trade monopoly, an Octroy. The first Charter was granted in 1731 and lasted for 15 years. After that period in 1746 the charter was renegotiated, and given to the highest bidder and so on until 1813 when the company was dissolved and the trade opened up to anyone, from the Swedish side. 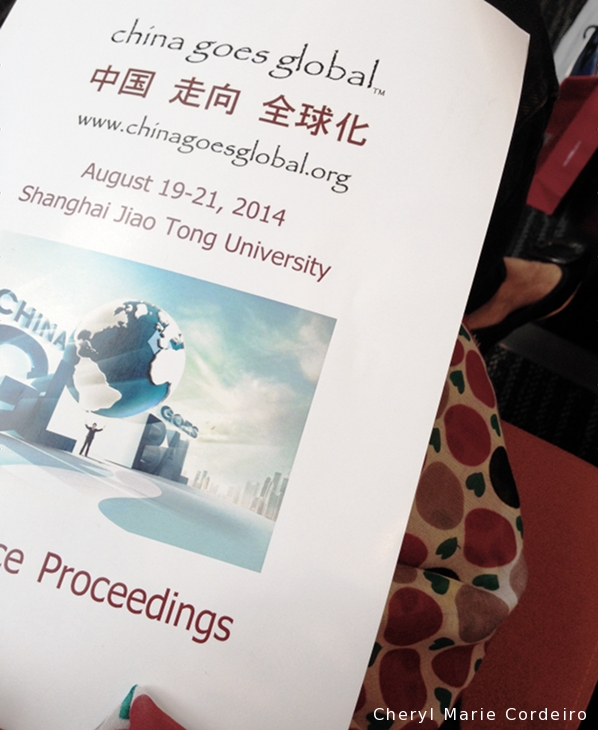 As an example of a country that tends to their own backyard first and foremost is China and the development of its own innovative capacity in the past decade. Against the backdrop of much public discourse on globalisation and the rise of China as a superpower, Crowcroft’s (2012) perspective of the fallacy of the public globalisation discourse of a global polity is reflected in the closing keynote address to CGG 2014 by Professor Bruce McKern, who outlined the reality of China’s global expansion. Going global for the country, whether in market presence or in exchange of knowledge, proves more challenging for China than catering to its own domestic market. A more pragmatic approach for China would be for the country to catalyse its own innovations and innovation applications (Yip and McKern 2014):

Even at the start-up stage for an R&D center China poses special challenges because of the difficulties in deciding on the right location (near production?; near customers?; near knowledge centers?; near government?). This issue applies in all countries but more so in China with its size, diversity and institutional environment. A second difficulty is the hiring and retention of R&D and innovation staff, again more difficult in China because of high turnover rates. Inflexibility of corporate HR policies to adapt to the China HR market has also been cited as an obstacle. Most MNC R&D centers in China also depend a great deal on the use of Chinese scientists and engineers returning from overseas (the haigui “sea turtles”). MNCs have to address how to integrate these valuable people with local hires (p. 6). 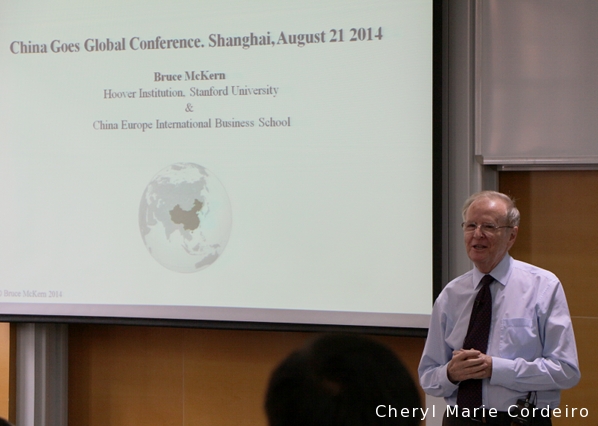 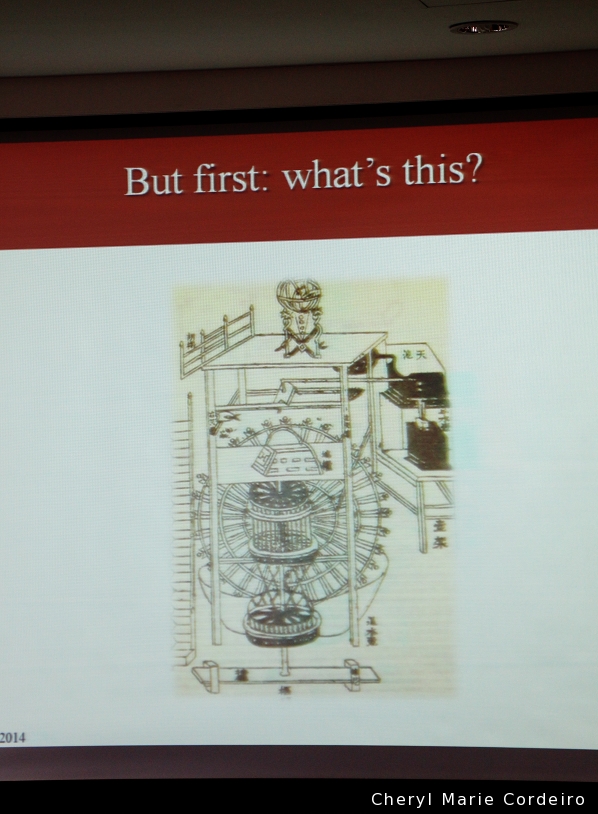 One of many Chinese innovations through history. From the Song Dynasty, a clock tower built by Su Song in Kaifeng in 1092. 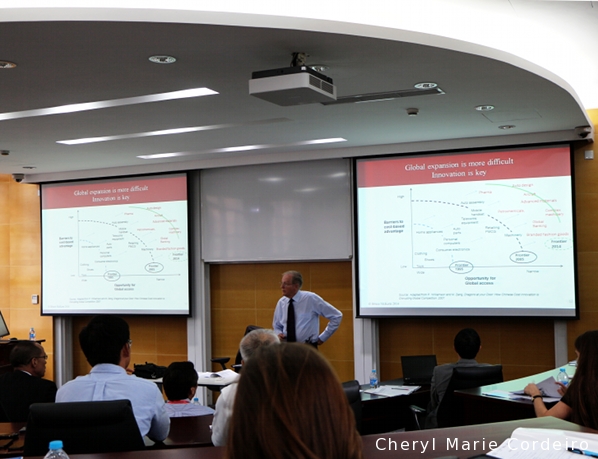 Outlining the stages of China’s R&D evolution and its challenges.

The extension of one’s life begins by looking backwards, into history, and the lessons derived from its narratives. Rather than describing the conflation of international and global societies as a “fall for the romanticism of globalisation” and waiting for the invalidity of ‘globalisation’ with a new era of ‘chaos’ (Crowcroft 2012:791) so evident in today’s flipping of the news, there exists in the history of trade relations between countries, specifically that of Sweden and China, evidence of two countries having found a working solution, a means of navigating the fine balance between themselves and the dual structures of world history, in their global trade relations.

In the golden age of trade between Sweden and China during the 1700s through to the 1800s, while it could be said that Sweden was asymmetrically, romantically enamoured with China, the relationship between the two countries was nonetheless firmly grounded in a pragmatic, collaborative relationship of mutual exchange of goods and knowledge. Each respecting the other of their differences, and each valuing the other’s individual contributions towards a mutual partnership.

Flannery, T. 2001. The Weather Makers: How Man Is Changing the Climate and What It Means for Life on Earth., Grove Press.

Ye, X. 2013. The “dual structure” of world history and contemporary China’s development road in the context of globalisation, Social Sciences in China, 34(1):104-121.