The strategy of ‘Twin Faces’ in state governance and positioning 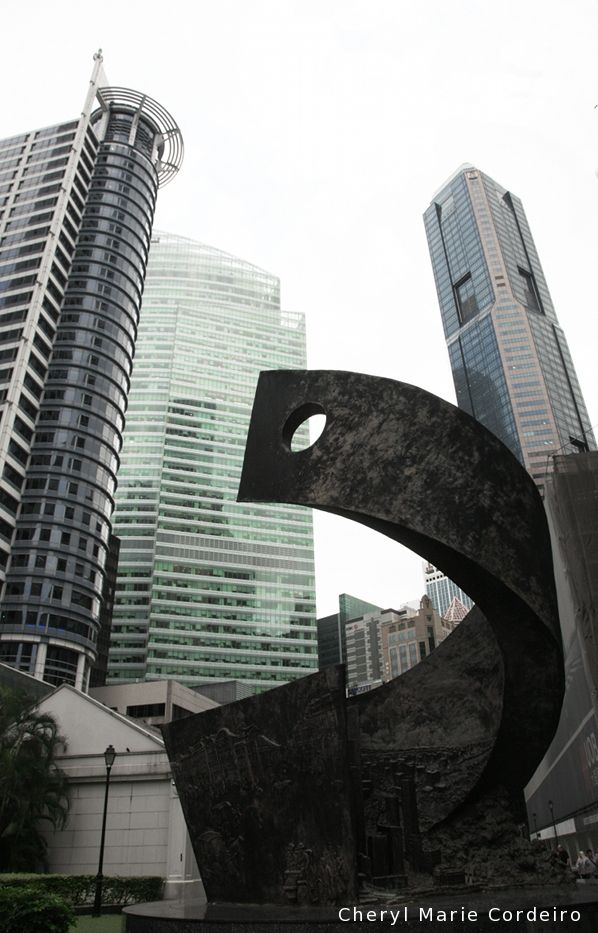 A number of years ago, I decided to focus my doctoral thesis on cross-cultural leadership in Swedish led organizations in Singapore. The idea was to identify elements of the Swedish management style and how this in that case would work out in Asian organizations. The study led to numerous interesting observations of which a selection of ideas were developed into my thesis.

The issue of Sweden’s overall positioning towards European integration has been much considered and debated in the Swedish political arena and by interested members in academia. 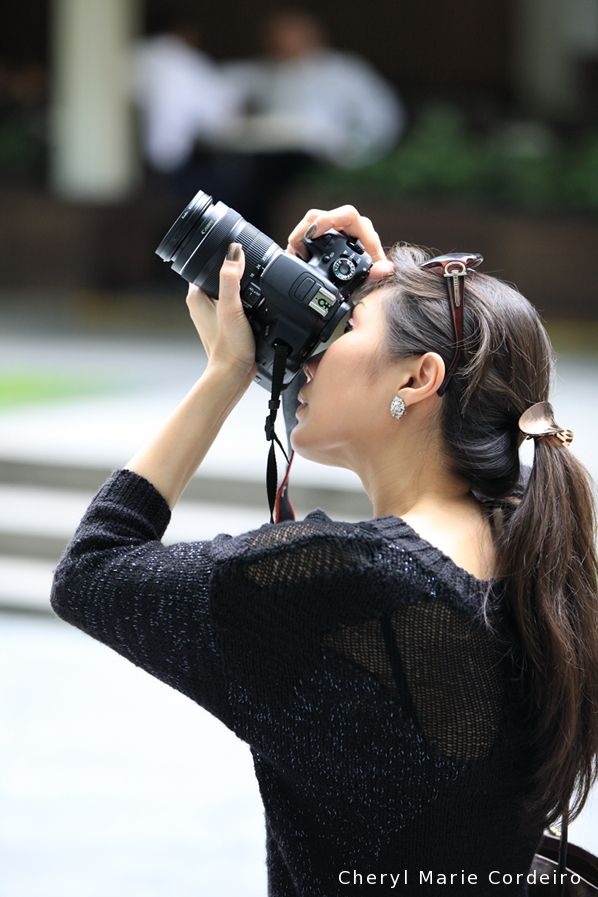 “Sweden: the Twin Faces of a Euro-Outsider”

In an article that appeared in the peer reviewed Journal of European Integration entitled “Sweden: the Twin Faces of a Euro-Outsider” in 2005, authors Rutger Lindahl and Daniel Naurin, postulated that Sweden, about ten years after full accession and a few years after the public rejection of Swedish proposed membership of the Euro currency in a referendum in 2003, had developed ‘twin faces’ as regards to their participation in European integration (Miles 2011).

The authors explicitly outlined Sweden’s duo-levelled positioning towards issues of European integration, that was (i) the internal / domestic establishing of a firm national position towards the EU in general, which proved a challenge for the Swedish government, due to a general skeptical Swedish public who were wary of the implications of further European integration, and (ii) the external / regional (thus international) politics of positioning Sweden’s ‘euro-outsider’ status within the EU, where Sweden would want to be perceived as a country pursuing a ‘mixed’ policy portfolio.

The general skepticism towards deeper European integration from the Swedish public distinctly constrained the movements of the Swedish government. Further intra- and inter-political party division, also meant that a consensus across the Swedish party system regarding participation in the euro remained elusive.

But in brief, the ‘twin-faces’ of Sweden, its duo-levelled strategy of state governance and maneuvering of its internal, largely euro-skeptical political arena, was not to be confused with its primarily pro-EU yet anti-euro, external positioning towards the EU (Lindahl and Naurin 2005:66).

The first was to adopt the politics of low visibility, where Swedish officials engaged in quiet networking with a ‘best in class’ behavior in Brussels combined with a low degree of Europeanization of the domestic political debate.

The second was to advocate conscious outsidership as regards to the euro, combined with a determined effort to be an ‘insider’ in EU decision-making. These strategies were managed in large by putting as priority, the country’s EU membership status in both elite/public discourse whilst backgrounding (playing down), to a limited extent, the question of Swedish euro-adoption, so that it would give time for the majority of the Swedes to come to terms with the country’s pro-EU position.

Since 2005, there have been signs in public opinion data (Eurobarometer) that Sweden’s conscious outsidership may in fact be a possible path towards reconciling the elite/public divide. That while the political elite accepted the referendum result and will refrain from putting the question of Swedish euro-adoption back on the political agenda for the near future, a majority of Swedes have now also come to terms with the country’s status as a full EU member and consequently oppose secession (Lindahl and Naurin 2005). 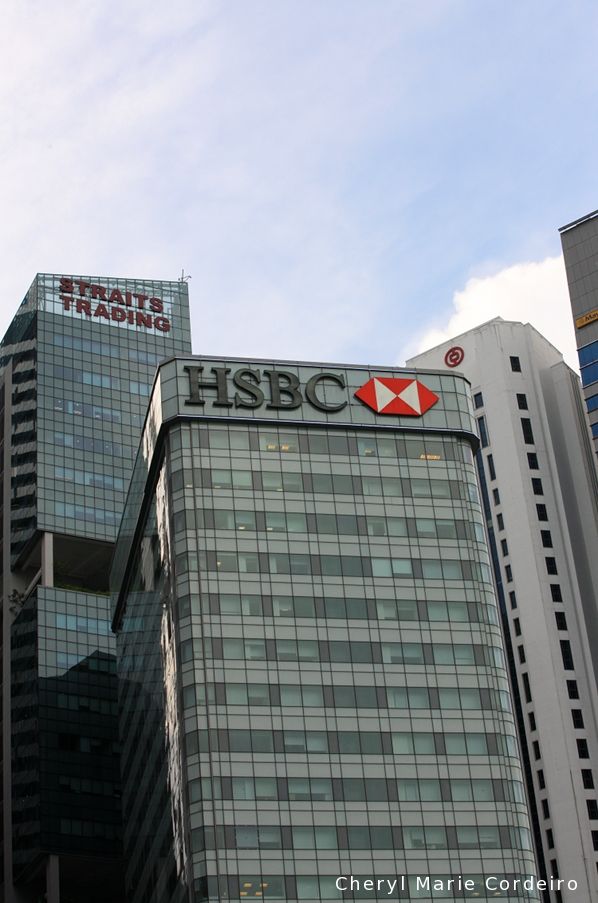 A broad parallel to Singapore

In a tangent context, in broad parallel is Singapore’s socio-economic elite/public divide with regards to its internal / domestic positioning as ‘home for Singaporeans’, whilst at the same time, managing its external / regional (thus international) positioning as a global center in the cluster of globalized knowledge economies. The struggle for reconciliation in these two issues for Singapore is reflected in two seemingly concurrent discourses, one more formal than the other that includes its population policy as outlined in its Population White Paper, January 2013 published by the National Population and Talent Division (NPTD), and the economic development of Singapore embodied in the metaphor of “Singapore Incorporated”.

The Population White Paper (2013) presented includes a discussion on the country’s Total Fertility Rate (TFR) around three foundational pillars as outlined in the Executive Summary as, (i) Singaporeans forming the “core of our society and the heart of our nation” that advocates “a strong Singaporean core”, (ii) that “our population and workforce must support a dynamic economy that can steadily create good jobs and opportunities to meet Singaporeans’ hopes and aspirations” and (iii) to “continue to keep Singapore a good home” with their City in a Garden view that needs developments that are infrastructurally well planned. Underlying in the text is a marked distinction between between “core Singaporeans” and “immigrants”.

This formal discourse stands to some degree, in disjunct and contrast to the informal discourse regarding the corporate-like manner in which the city is and has been developing, encompassed in the metaphor of “Singapore Incorporated”. This was a city development strategy that began already in the 1960s with the United Nations Survey Mission led by Dr. Albert Winsemius that in turn led to the First State Development Plan covering the years 1960 to 1964 (Haley, Low and Toh 1996). One could argue that “Singapore Incorporated” also embodies the long-term ideology and visioning of the purpose, function and thus survival of the country on the global platform. 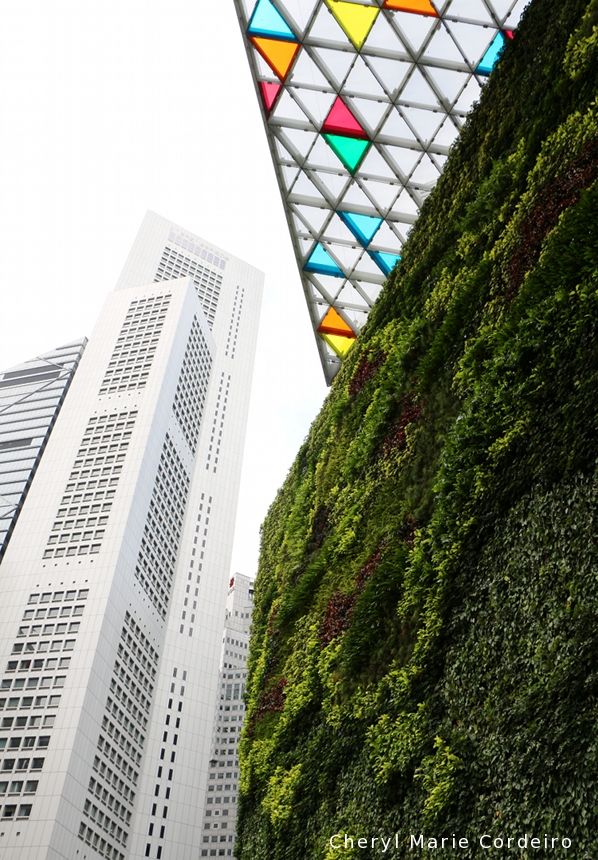 City in a Garden I. 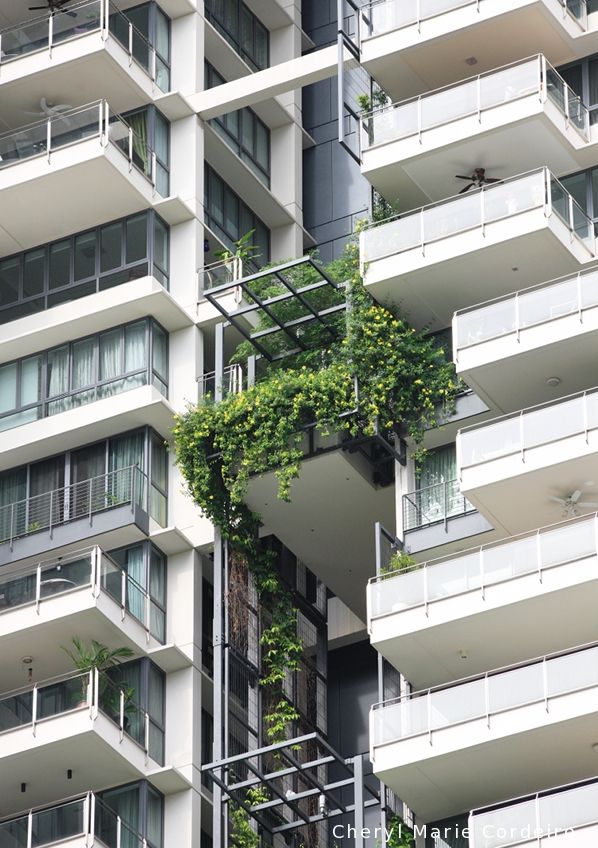 City in a Garden II.

The city’s geographic and social historical circumstances have led to its current context of it being a highly globalized city, the effects of which are architecturally reflected in its landscape, both in the mirror skyscrapers of its Central Business District (CBD) combined with the 1800s built, and now conserved shophouses and godowns that line Boat Quay and Clarke Quay along the Singapore River.

It is within the discourse of “Singapore Incorporated” that the marked distinction and boundary between “core Singaporeans” and “immigrants” begins to dissolve, and where the definition of a Singaporean “…is that we accept that whoever joins us is part of us” (Lee Kuan Yew in Allison, Blackwill and Wyne 2012:82) encompasses an ideology that is more effective towards Singapore’s external / international positioning.

The latter, border-blind definition of Singaporeans coming from Minister Mentor Lee, could arguably be likened to Sweden’s external positioning in its duo-levelled strategy of low visibility and quiet networking regarding its anti-euro yet pro-EU positioning.

Open to the forces of globalization

The advances of information and communication technologies (ICTs) has enabled a more mobile, knowledge intensive and service-oriented global marketplace that has in turn, accelerated the integration of regional markets. As a country, Singapore lays extremely open to the forces of globalization. To that extent, the country necessarily needs to continually adjust its laws and institutions, built on an ideological mindset of true borderless multiculturalism, to facilitate this fluid global flow. 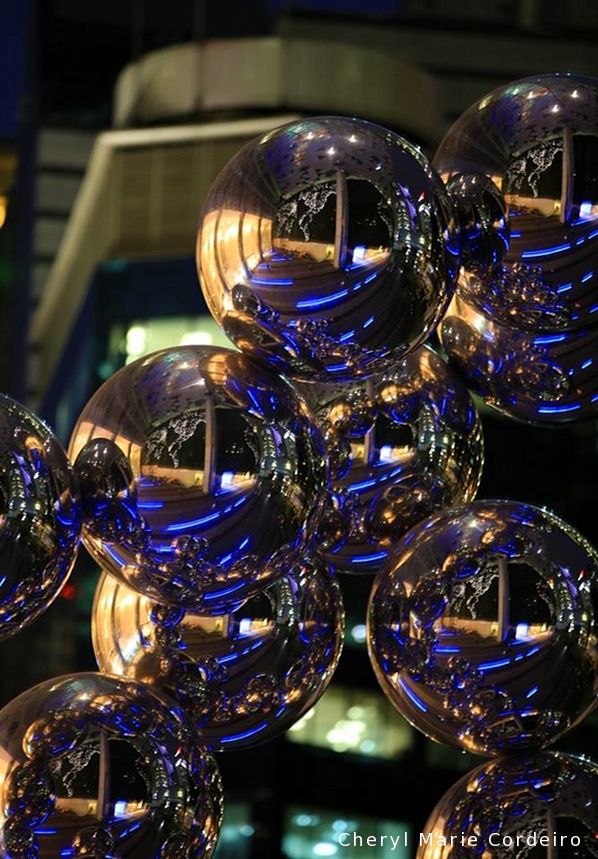 In the Swedish context, important in the management of Sweden’s positioning is the prioritizing of agendas and the foregrounding (and backgrounding) of discourse both elite and public, surrounding its twin-faces strategy, where Swedes in general, remain fairly informed of the intentions and political positioning of the various Swedish parties on these issues. Consensus seeking as a way of Swedish management is generally a slow process, but in effect, gives a steady hand to the final outcome of the overall positioning of the country that in turn, enables it to act on decision-making at the EU level.

That Singapore with regards to its population demographics and its international outlook has a similar duo-levelled context of development is perhaps necessary. From the perspective of research, it would also be interesting to see if a likewise twin-faces strategy of foregrounding and backgrounding of its discourses, as a way to manage its long term international agenda could be applied and if so, to what effect that might have in the near future on general public opinion.

While there will be different understandings and interpretations of the current political asymmetries in the Singapore context, what could perhaps be taken as a trajectory for the country in terms of a progressive model of development is how the future of organizations is not that of ownership (that includes nationalistic regression) but that of partnership and networking.