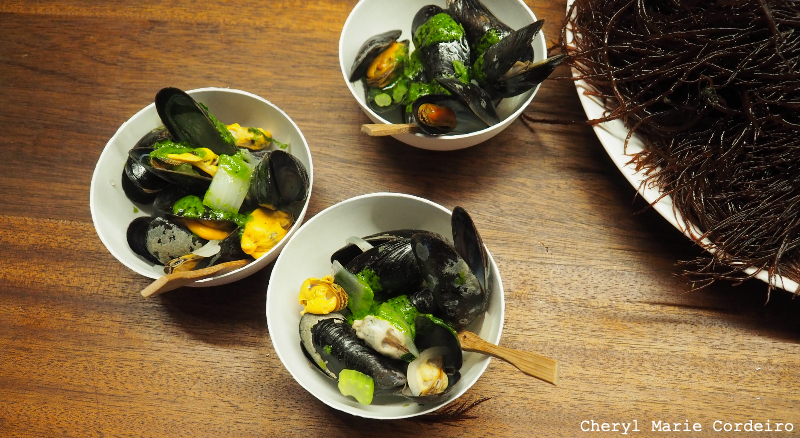 An impromptu session of new product testing with a group of friends in northern Norway ensued after I returned from a seaweed trade fair with new product samples of chocolate infused with seaweed or chocolate seaweed. I grew up in Singapore, and one of my first encounters at age of about five with seaweed was at a cousin´s wedding dinner. Seaweed is often served in conjunction with jellyfish at Chinese wedding banquets as cold dish appetizers. As such, I had taken for granted that the chocolate seaweed samples would bring positive reviews with thereafter queries of where to purchase such chocolate bars or when do we see them at the local grocery stores in Tromsø. But the immediate reactions to the chocolate seaweed was tepid at best. Most concluded that chocolate infused with seaweed was not a palatable product, and that a perfectly good product like chocolate was ruined.

My current work gives me the opportunity to study and understand more about seaweed production and consumption in northern Europe, where I´m encountering the different flavour profiles of seaweed dishes served usually at seafood trade fairs or conferences. These observances about seaweed as food in northern Europe can be compared with those of East Asia and Southeast-Asia where seaweed or sea vegetables are for part of the staples found at meal times. Seaweed in small packages brought as snacks for a school bus trip to a science park excursion was something I was familiar with as a child. In Scandinavia, I would buy similar seaweed snacks today at specialty Asian grocery stores.

The observations from how seaweed is presented as food in northern Europe and from noting that chocolate infused with seaweed is not a guaranteed gastronomic delight in Norway led me to investigate further, the processes of new product market introduction and product innovation. For seaweed as food to be a success, how are some in the culinary field doing it?

Innovation is a process of search and recombination of existing elements, factors or components (Schumpeter, 1934; Nelson and Winter, 1982). These elements are usually commercially available, some with long historical use, whose use or presentation of which evolves by employing different techniques and processes (Fleming, 2001). In the early Viking era, seaweed washed ashore during stormy seasons were gathered and used to make glass, fertilize soil and feed animals (Indergaard, 2010). In modern history, seaweed has been commercially harvested for over 70 years in Norway for the production of alginate (McHugh, 1987). Seaweed as a culinary resource and food for human consumption in Norway and in the broader context of Scandinavia has for the most part been overlooked (Efstathiou & Myskja, 2018).

It is in this context that the dinner at Seagriculture 2019 proves a good case example of how seaweed is being (re)introduced into the northern European diet. Seagriculture 2019 is the 8th International Seaweed Conference held from 25-26 September 2019 in Ostend, Belgium. Chef de Cuisine to the dinner was Seaweed chef Donald Deschagt, who has a restaurant called Le Homard et La Moule, located nearby in Bredene, Belgium.

Noticeable in this setting are the synergies of location, context of the event and the food. The evening´s dining ambience with a display of familiar seafood dishes such as the Spanish paella, helps usher in various novel seaweed products. New seaweed foods presented at dinner introduced diners to new means to conceive of using seaweed in food. The dinner menu by Deschagt that included oyster sea buckthorn with sea fennel and North Sea grey shrimp with sea lettuce and cheese combined familiar ingredients with the relative unfamiliarity of seaweed types. Innovative plating techniques such as using a brush of seaweed pesto in the bowl or on plates, also sparked the interests of diners and participants to Seagriculture 2019. The very idea is for others to take inspiration from the event and try their own hand at using seaweed at home.

Key individual efforts (gastro-entrepreneurs and chefs) who are knowledge experts of the field, who consistently work towards culinary evolution and a changing palate-scape are also part of the innovation processes (Byrkjeflot et. al, 2013). Such entrepreneurs and leaders often have both passion and vision for a new culinary reality:

In summary, you may not even notice half of the time there was seaweed in your dish, and that is now also our mission: to make the wonderful world of algae, algae and dune herbs accessible to everyone, small or large, young or old . – Donald Deschagt – Seaweedchef van Het Lekkere Westen (2016)

To drive home Deschagt´s point, the wakame infused chocolate ice-cream was a great success at the conference, demonstrating that even a perfectly familiar treat can be enhanced with seaweed to give that element of “spennende” (Norwegian for “exciting”). 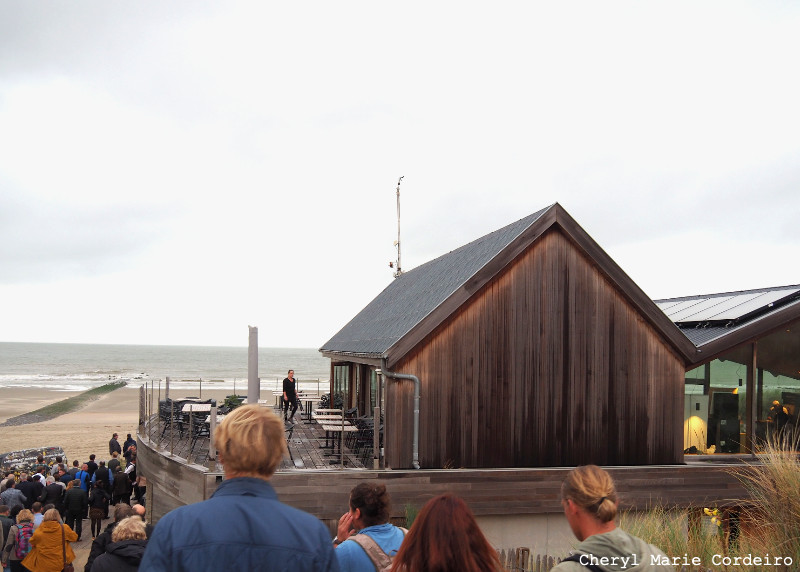 Seagriculture 2019 dinner by the sea at Ostend, Belgium. 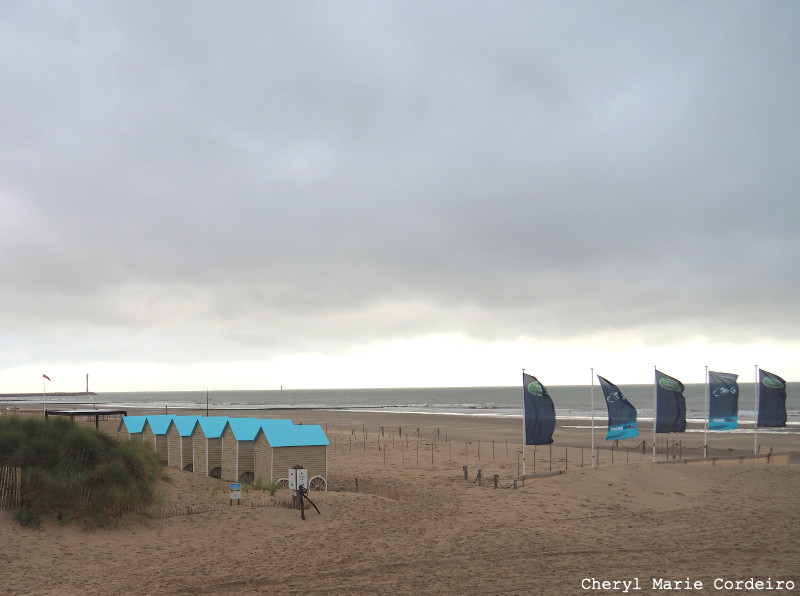 Event location often contributes to the dining experience. In this case, it was beautiful, dramatic and a picturesque. 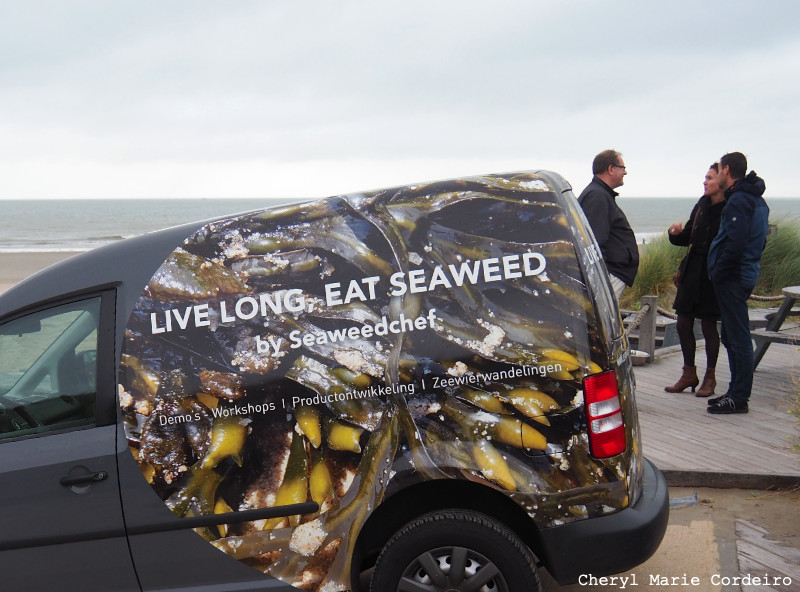 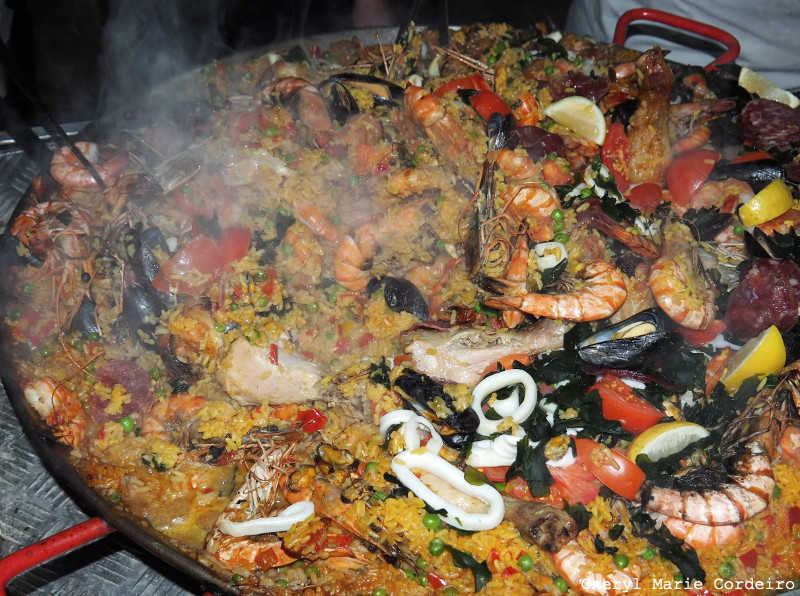 Paella, of Valencian origin and what many believe to be Spain´s national dish is a renowned familiar that greeted participants at dinner, served in the larger more progressive context of other seaweed dishes. 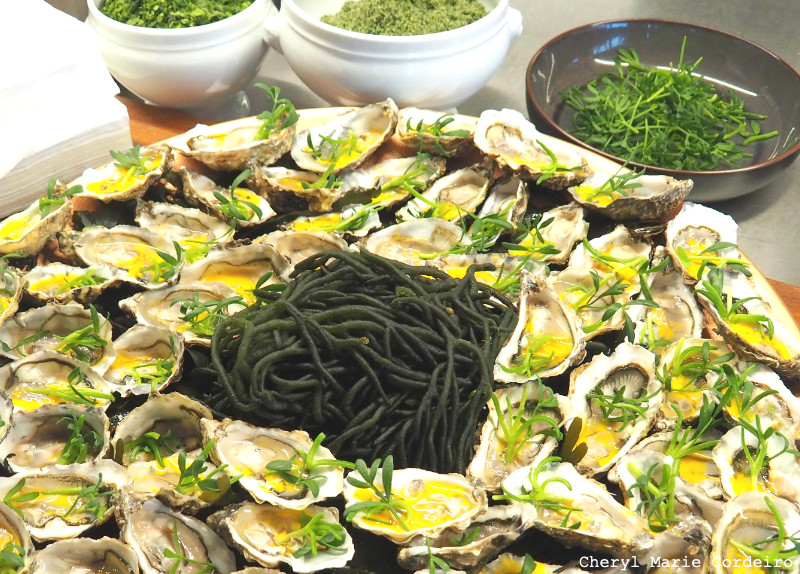 Oysters with seabuckthorn and sea fennel. 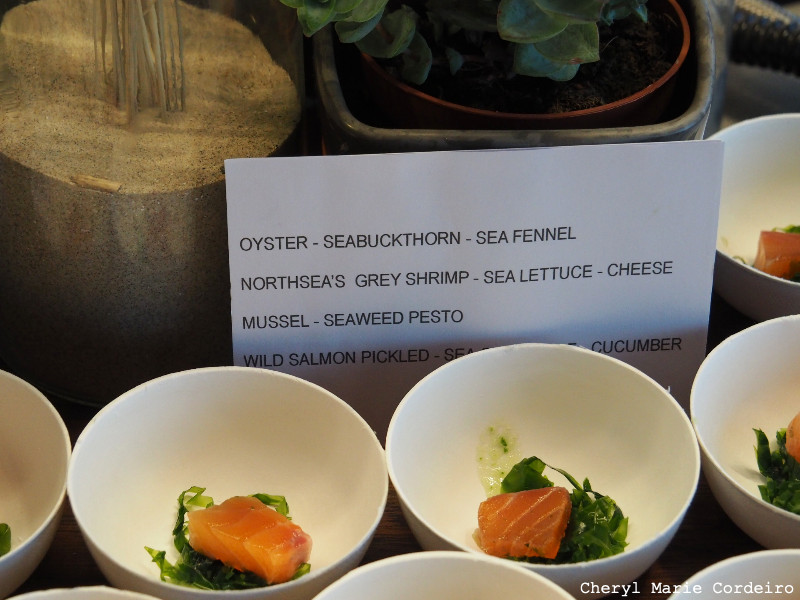 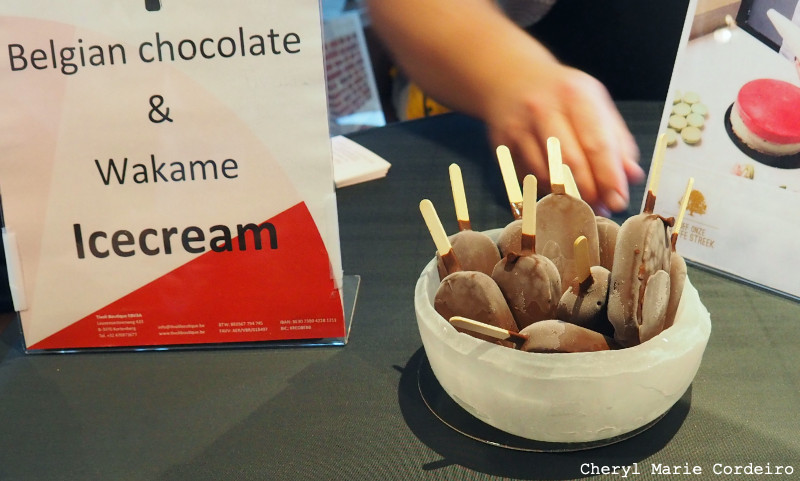 Wakame infused ice-cream, developed by Tivoli Boutique in Belgium, giving a familiar treat an element of flair and excitement 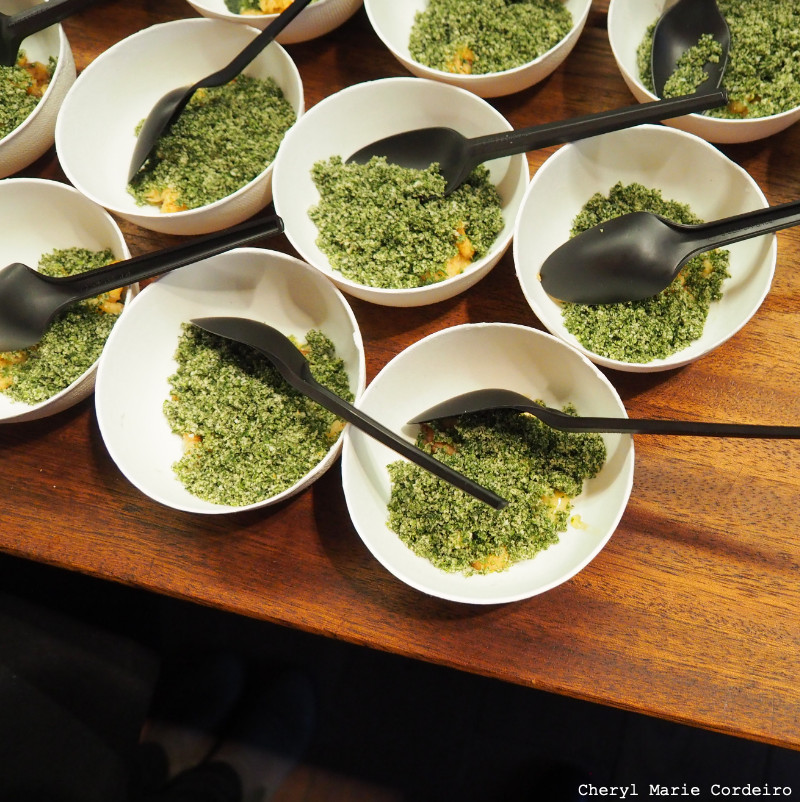 Jaap van Hal has a Ph.D. from Rice university in organometallic chemistry. He is now a senior consultant at TNO (energy transition) and the innovation manager biorefinery. Prior to joining ECN (TNO) he worked 11 years for SABIC in Houston developing novel catalytic processes. Jaap is co-author of about 20 research papers and book chapters and 10 patents. He is the project executive of the H2020 project MacroFuels (https://www.macrofuels.eu/) and the BBI-JU project UNRAVEL (http://unravel-bbi.eu/). In his spare time he experiments by trying out novel food ingredients in his kitchen.

I’m grateful to Jaap van Hal, co-author to this blogpost. Jaap took the lovely pictures to this blogpost and contributed with various perspectives on seaweed innovation. He chaired session 2 on EU Consortia on Health at Sea Agriculture 2019 (https://seagriculture.eu/programme/). This blog post is also written based on insights on market research with the Tasty Kelp project at Nofima, the website https://nofima.no/prosjekt/tastykelp/ whose team members include Themistoklis Altintzoglou, Florent Govaerts, Guro Helgesdotter Rognså and Stian Gjerstad Iversen. The Tasty Kelp project lead is Dagbjørn Skipnes.