Towards an advanced services economy in Basque Country, Spain: The Guggenheim Museum Bilbao 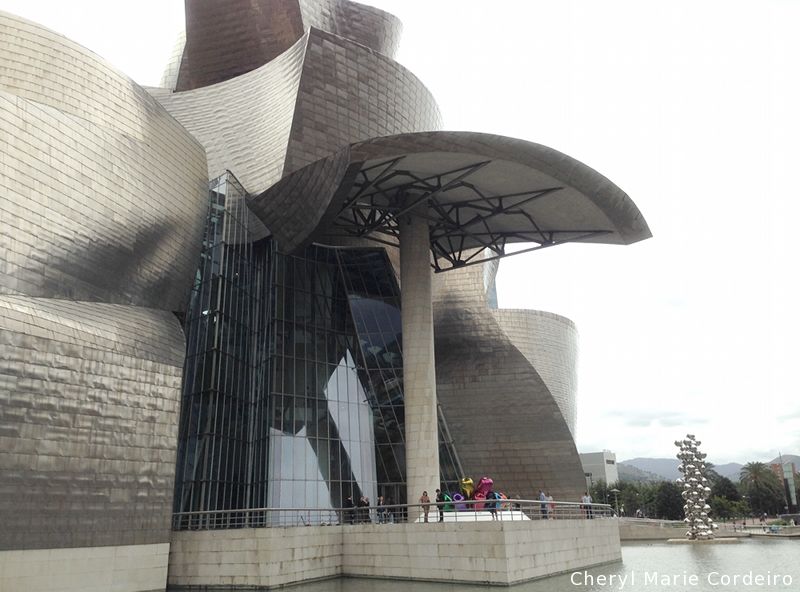 The Guggenheim Museum Bilbao (GMB) is more than a landmark for the city of Bilbao, Basque Country, Spain.
Designed by Frank Gehry, it opened in 1997. In three years it had attracted 4 million visitors [1].
Text & Photo © JE Nilsson, CM Cordeiro 2017

On 6 Jan. 2014, The Economist ran a print edition special report on cultural centres and “The Bilbao effect” [2]. Referring to findings of a McKinsey study, the central observation and argument made is that a vibrant cultural sector, alongisde green spaces and people of diverse backgrounds and nationalities are core elements for the success of any city.

The opening of the Guggenheim Museum in Bilbao (GMB), Basque Country, Spain in 1997 stands as prime illustration of how a museum commissioned by a city’s mayor can help transform citylife and living. GMB had as ambition, to attract 400,000 art visitors in the first year of its opening. This number would have enabled them to return total investment in a reasonably short timeframe and deliver income to the city and Basque Country economy [3]. GMB attracted 1 million visitors in its first year of opening. Within the first three years of GMB’s opening, the museum raised over 100m Euro in taxes for the regional government, an amount that more than covered the construction costs. GMB contiues to draw about a million visitors annually, even if its exhibitions remain modest. This observed success of the GMB had a cascading effect on other cities looking to revitalise their economies where over the next decade witnessed the mushrooming of cultural centres in various cities from Brazil, to China and Saudi Arabia [2]. Over the next decade more than two dozen new cultural centres focused on museums are due to be built in various countries, at an estimated cost of $250 billion, according to a study by AEA Consulting, a New York firm that specialises in cultural projects. The Guggenheim “Bilbao effect” as discourse theme was picked up by the news media and reflected in different scholastic and practitioner circles [8-13].

Bilbao experienced its first industrialization in the early 1800s in the iron and steel industries. Its economic success continued for 150 years through up until the mid-1900s, where the left river bank became home to Spain’s largest iron and steel industries. Alongside shipbuilding, Bilbao became an important economic engine and in-official capital of Basque Country Spain. The growth of the city in the period between 1950 to 1970 was rapid and unplanned, its productive processes were intensive with undesired social and environmental consequences. The city was in a dilapidated condition, its environment generlaly polluted, and its people were housed without proper planning [4]. Bilbao’s rapid industrialization was built upon economic specialization. Since the mid-1970s, the shipbuilding industries of Europe began to shrink due to restructuring [5]. Although experienced later than most other developing economies, the 1979 to 1985 collapse of its provincial economic structure saw high unemployment rates in the city and around the region. Between 1975 and 1996, the Metropolitan Bilbao area lost 45% of its industrial employment in absolute terms. In the midst of social and economic crisis, the political institutions reacted [4]. 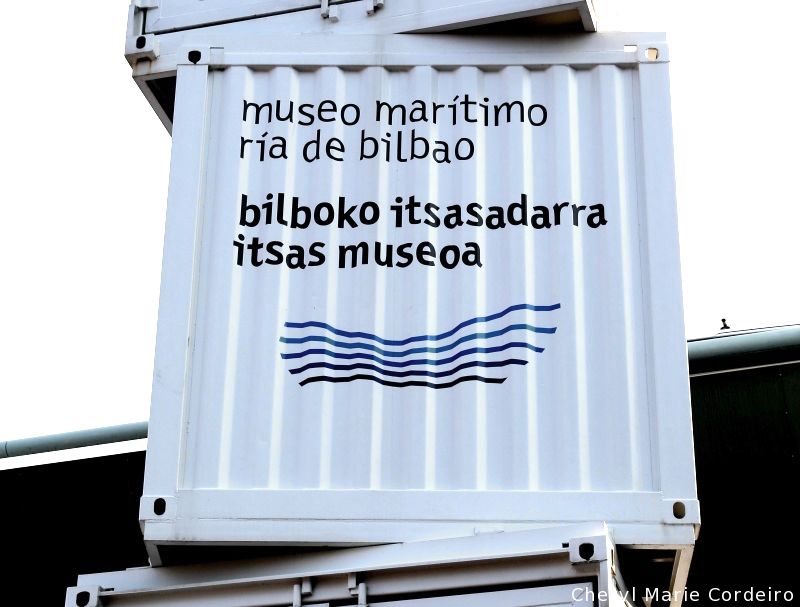 Bilbao Inner harbour now houses a conference center and a Maritime Museum, outlining the maritime past of the region. 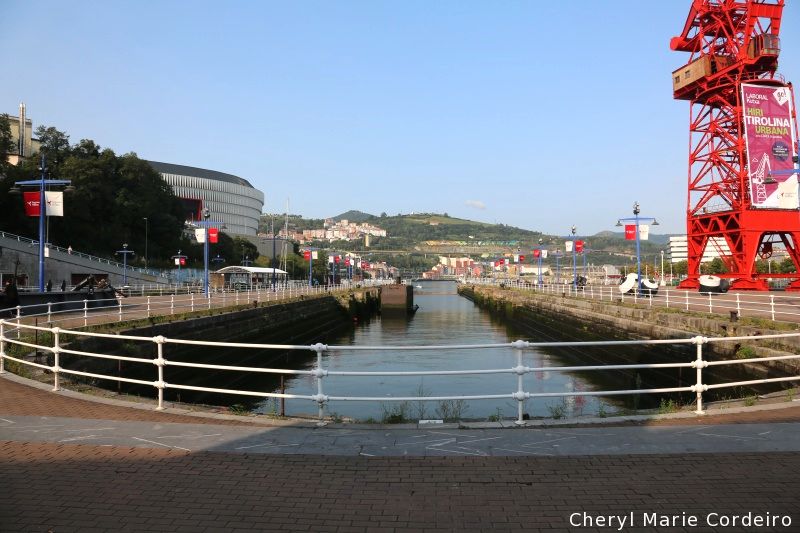 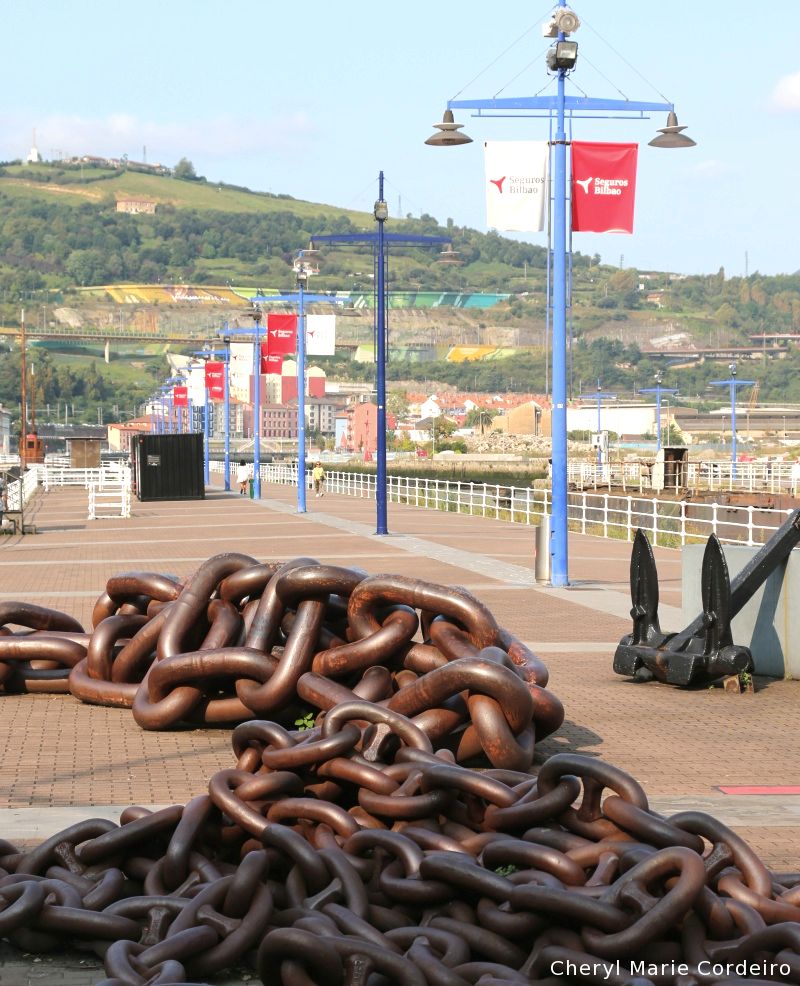 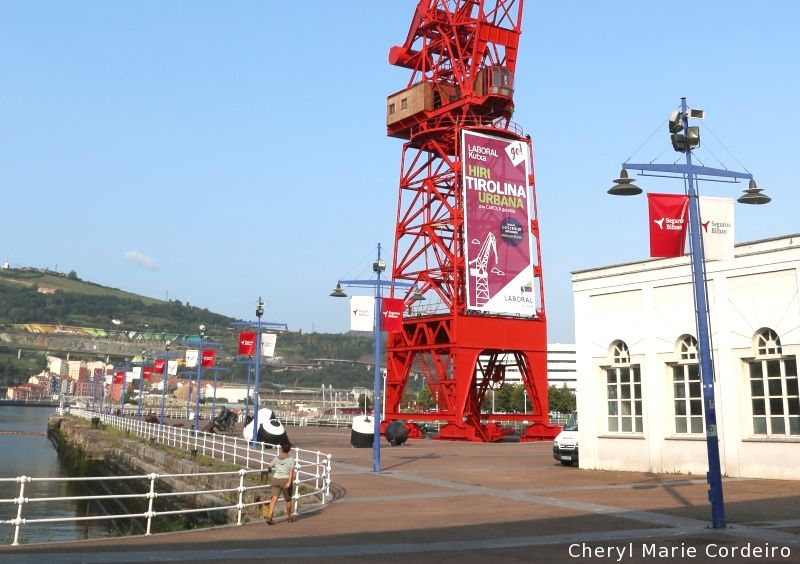 2017, Bilbao’s rebranding and city transformation continues to stand as as a global golden example of urban redevelopment. The city’s international accolades such as being awarded the Lee Kuan Yew World City Prize 2010 for urban development, and its mayor having been granted the title of “World Mayor 2012” to Bilbao’s Mayor against shortlisted finalists from Australia, Turkey, the USA and the Netherlands amongst others all add credit to “The Bilbao effect” discourse [11]. However, as part of the scholastic circle of debate, I found articles authored by Beatrice Plaza in main, to be most interesting, applying a theoretical framing of Bilbao’s success model in regional embeddedness and global networking. Plaza’s works present Bilbao’s reality of reurbanization as more nuanced.

The transformation of Bilbao was in fact inspired by earlier examples of urban renewal, the recovery of Baltimore’s Inner Harbor that reflected in ideas in cities such as Pitsburgh, Glasgow, Rotterdam and Geneva [4,13]. Bilbao’s strategic plan leveraged new technologies with architectural expertise executed in consistent design throughout the city of which the GMB was one. Part of the success of the GMB was how Gehry and Associates were able to pioneer the use of digital design models that facilitated production of data needed for arriving at accurate budgets for building the GMB [14]. Bilbao’s renewal plan targeted six other main key components that included, (i) port expansion and modernization, (ii) creating new transportation facilities including a subway designed by Norman Foster, (iii) expansion of airport facilities, designed by Santiago Calatrava, (iv) the Zubi-Zuri bridge construction by Santiago Calatrava, (v) development of the Abandoibarra riverfront with the prominent office skyscraper, the Iberdrola Tower in conjunction with GMB and the Euskalduna Convention Centre and Concert Hall designed by Federico Soriano and Dolores Palacio [4]. Almost two decades into its urban redevelopment, the city’s main economic profiling today continues to move towards advanced services in the new service economy. Bilbao aims to grow its leisure and cultural industries. As part of that confluence of activities, it was host to the 27th annual European Association for Research in Services (RESER) 2017 Conference, in collaboration with Mondragon University [15]. 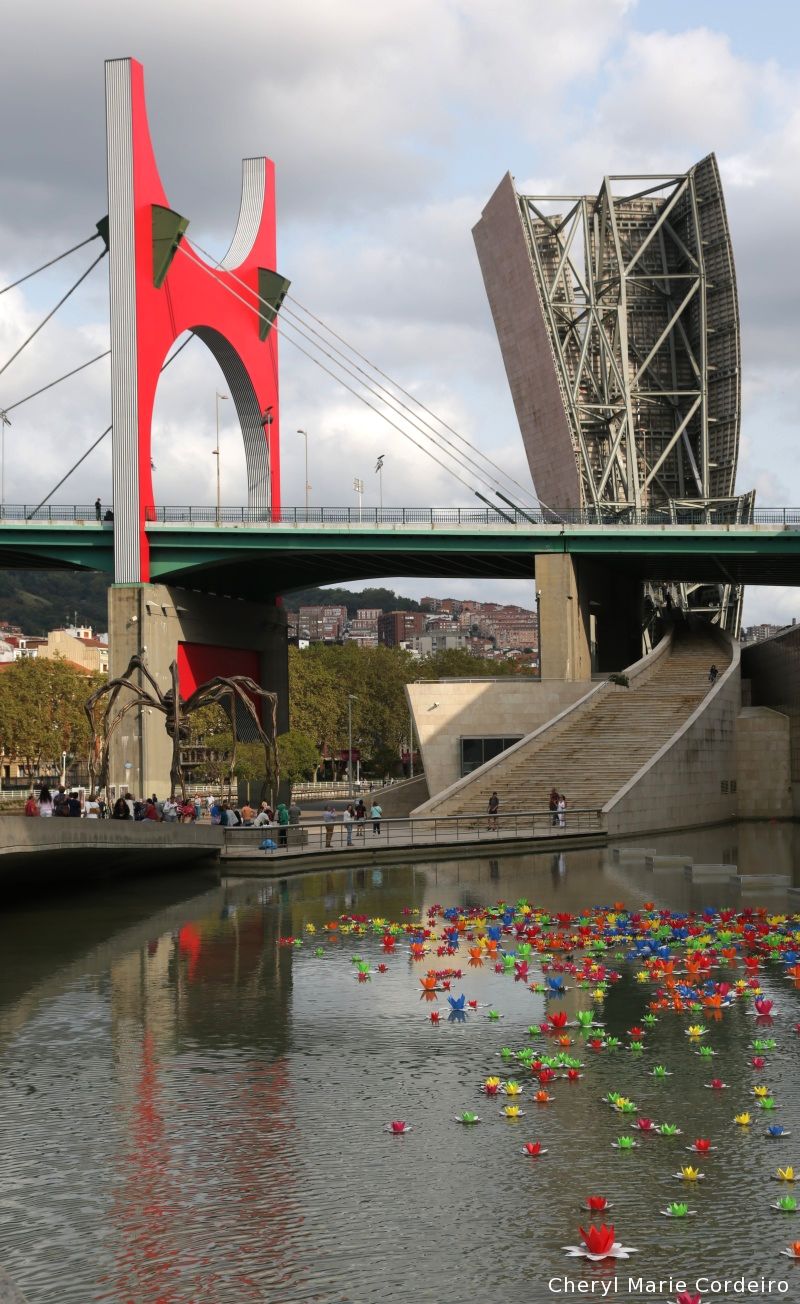 La Salve Bridge, or the ‘Prince and Princess of Spain Bridge’. The bridge was built in the early 1970s to connect the heart of the city with the suburbs. It is today linked to the Guggenheim Museum Bilbao. The red arc gate is by French artist Daniel Buren called “L’arc rouge”.

If applying the theory and framework of regional embeddedness and global networking of GMB in explaining part of the success of Bilbao’s move towards the services economy, what can be said of the general spirit of the people of Bilbao that constitutes the soul in moving towards an advanced services economy? As a first time visitor to the city, apart from walking down the riverfront where the tinsel flagships of Bilbao architecture are located and difficult to miss, I think one can very much feel the service orientation of the people who make the city. Of course, a similar argument can be made where reality is more nuanced, and Bilbao has been marketed domestically for tourism, business and leisure [16]. Still, my own impression is that in the wake of a wave of awareness of over-tourism in Europe, as witnessed in cities such as Barcelona, Cinque Terre and Venice, a visitor to Bilbao will immediately understand how its people are currently enjoying a revival of Basque culture. This sense of pride is reflected in the sharing of their language with foreigners, culinary creativity and personalized excellence in services. And one need not in my view, step into haute restaurants or hotels to experience this heart warming welcome and participate in turn, in the city’s future development towards advanced services. Perhaps in time, the “The Bilbao effect” could come to be understood as the amalgamated results of the diffused actions and intentions of a broader network of actors in processes and shared milestones, a shared value creation between those living in the city, those who visit and those who work with the city in one form or another. 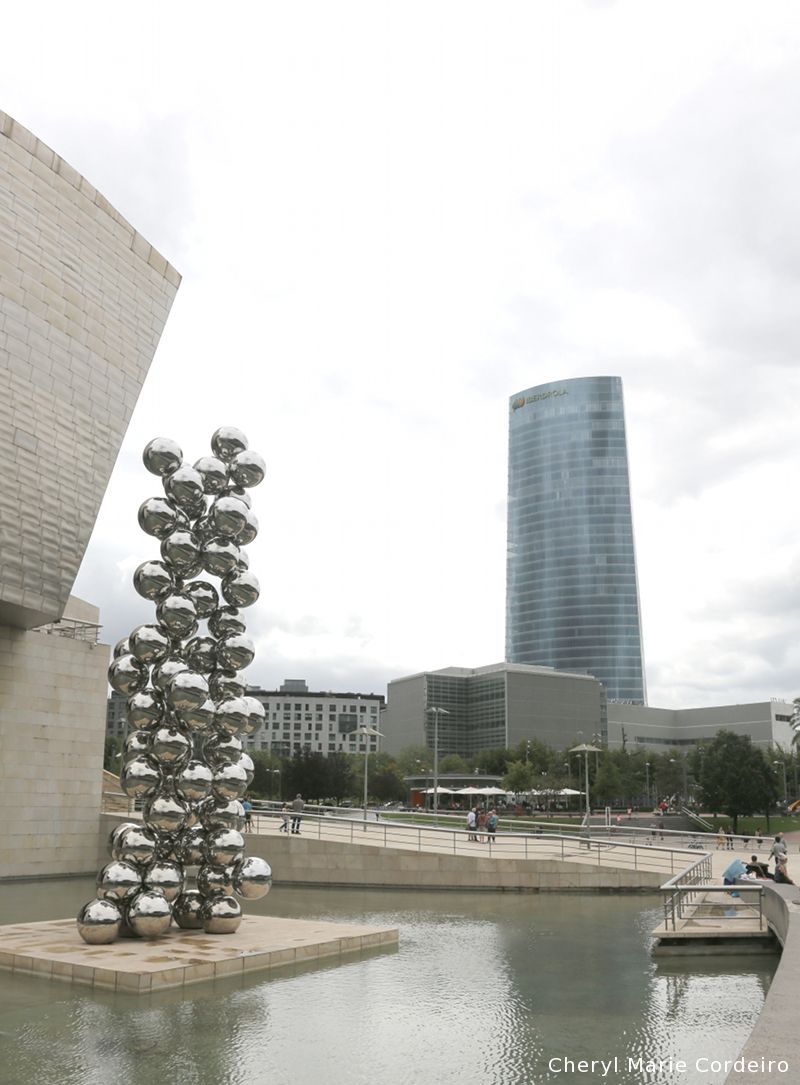 The seemingly fluid sculpture of 73 orbs that reflects and refracts its surrounding is entitled, Tall Tree and the Eye (2009) by Anish Kapoor. The sculpture stands outdoors alongside several other distinct works of art surrounding the Guggenheim Museum Bilbao by creators such as Louise Bourgeois, Daniel Buren, Jeff Koons and Fujiko Nakaya whose fog installation makes more dramatic, Bourgeois’ Maman (1999). 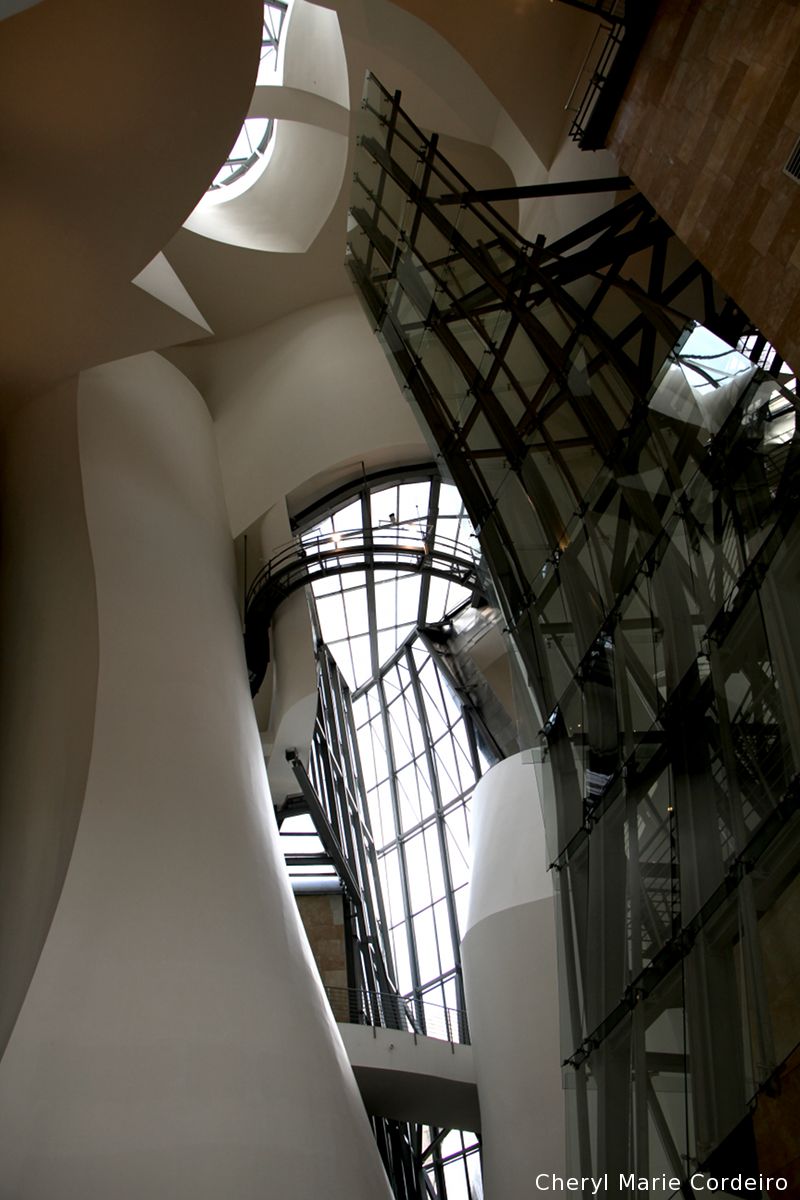 The interiors of the Guggenheim Museum Bilbao (GMB), designed by Frank Gehry, reflecting of its swirling titanium exteriors. 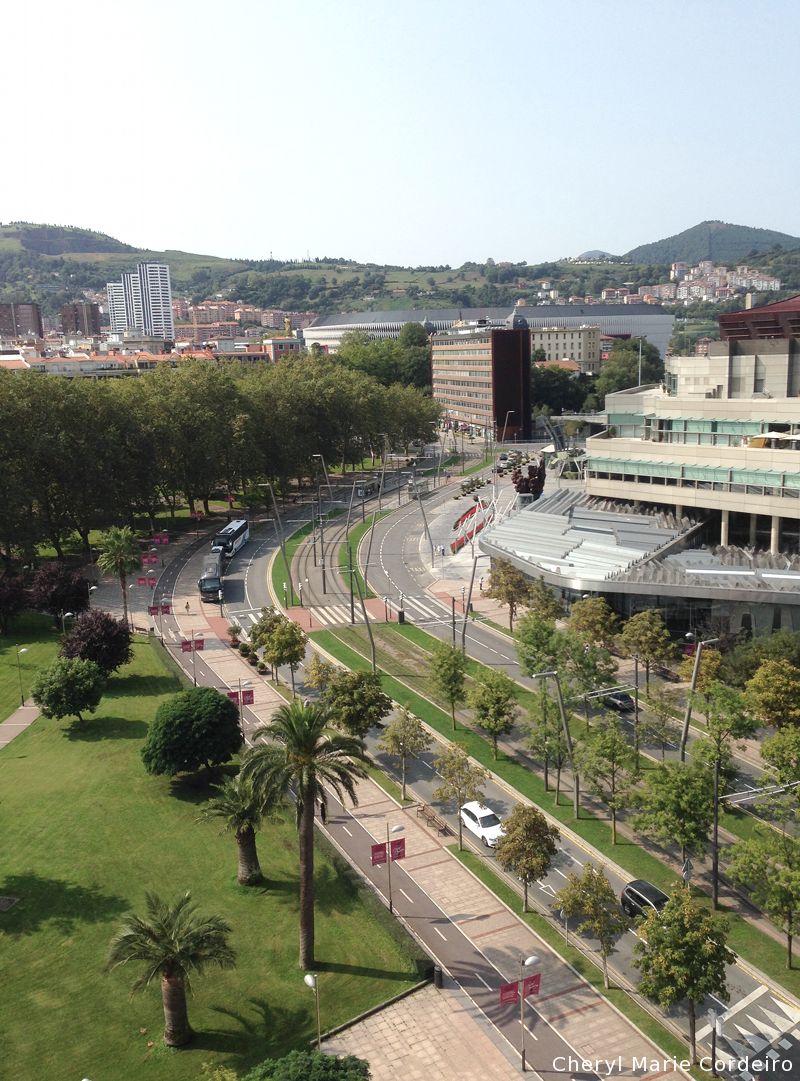 Located along the banks of the Estuary of Bilbao, and part of the inner city greening and redevelopment initiative is the Euskalduna Conference Centre and Concert Hall (mid-right of the photo). The building was constructed on land that was formerly occupied by the Euskalduna shipyards. Designed by Federico Soriano and Dolores Palacios and opened in Feb. 1999, the building is meant to resemble a vessel under construction. A receiver of several international awards, the Euskalduna in 2003 was granted the Apex Award for “World’s Best Convention Centre” by the International Association of Congress Centres (AIPC) [6,7]. 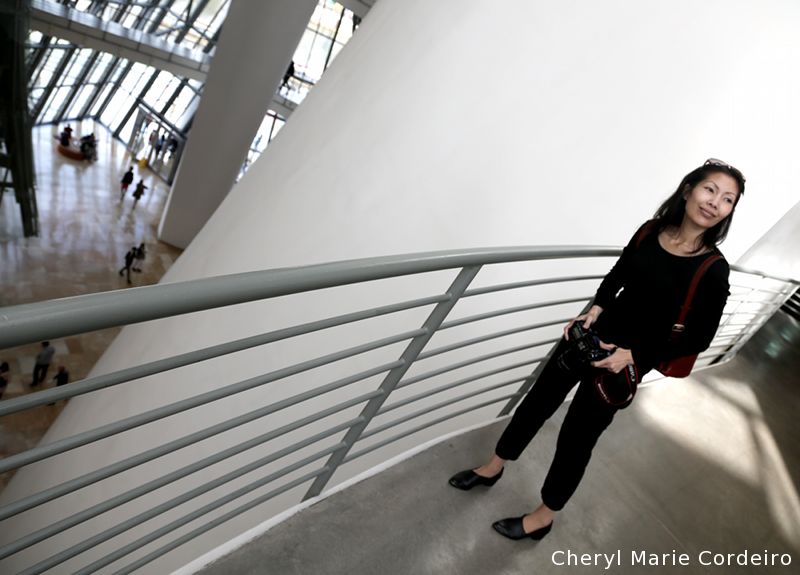 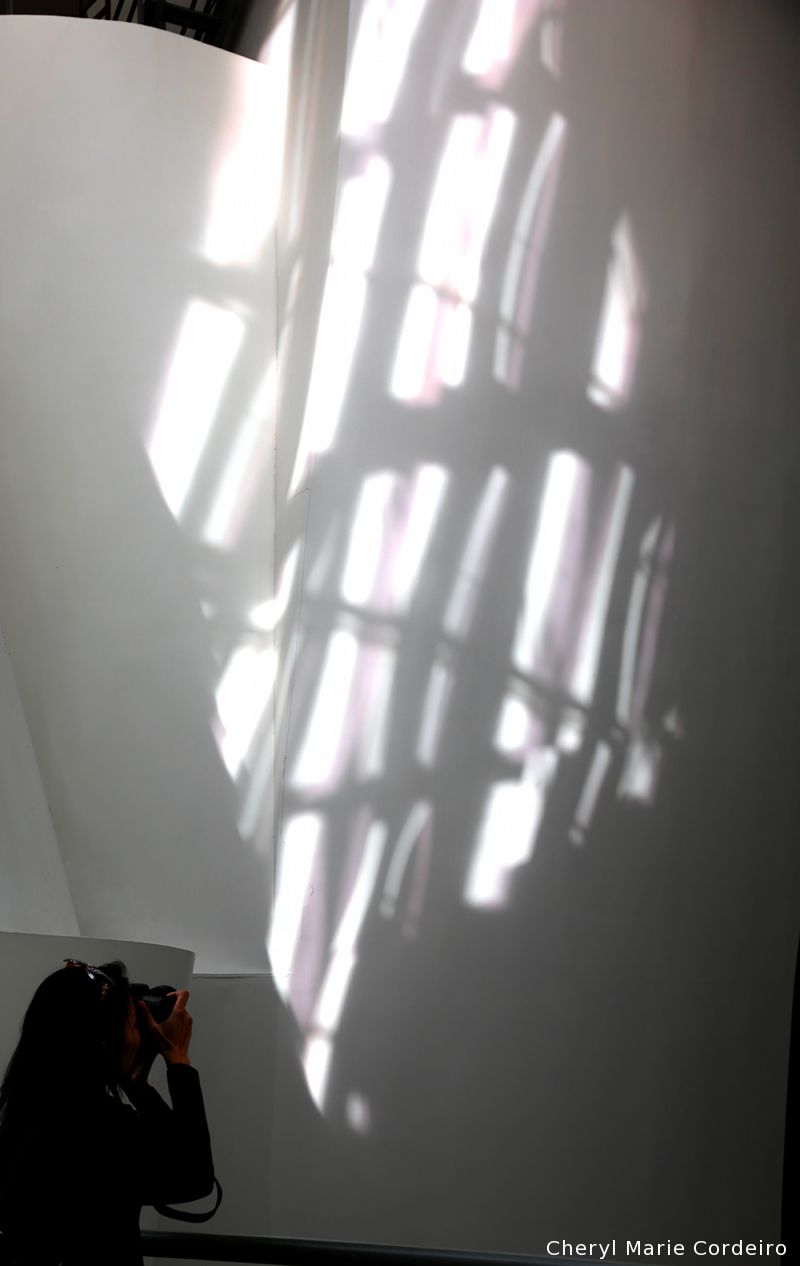 Visitors would visit Frank Gehry’s Guggenheim Museum Bilbao (GMB) as a must-see architectural construt in itself when visiting Bilbao, Basque Country, Spain. Not in the least, the clean curved walls of the interiors of GMB provide exhibition space for light-art. In this case, natural light filtering through the glass panes had created a subtle prism on the wall that I thought beautiful. 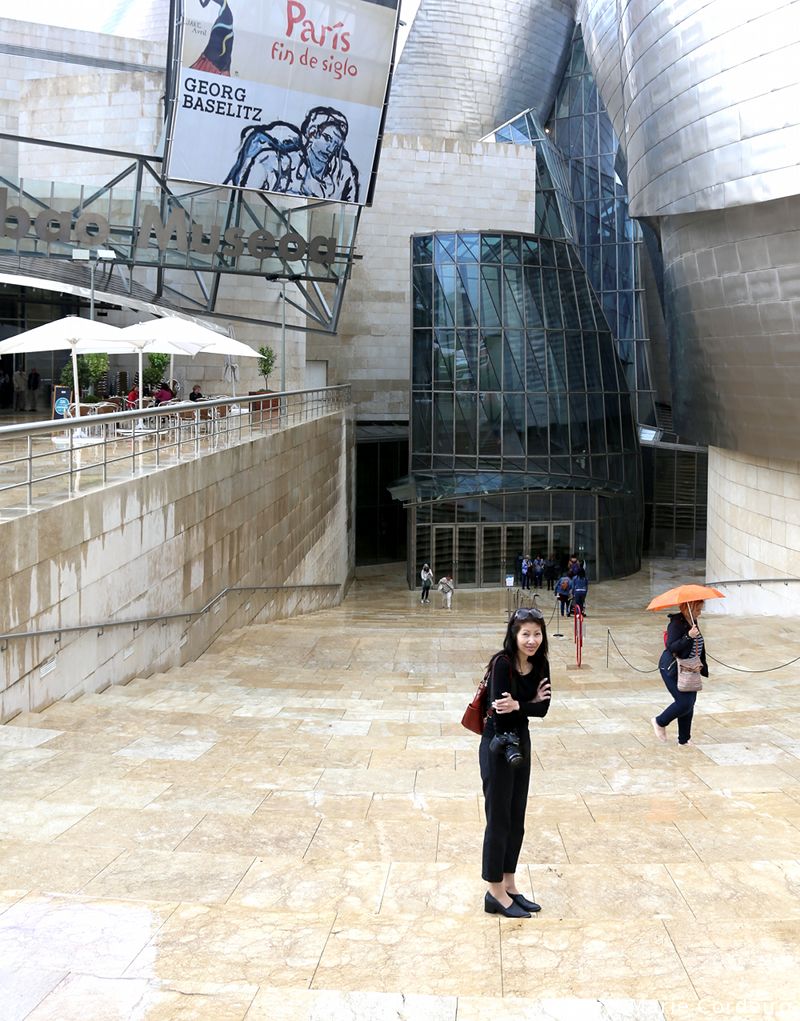 Autumn brings rain and sea winds to Basque Country region in Spain. At about 13degC outdoors and without umbrella nor jacket, I was rain soaked and freezing.

There could be hardly any complaints about the construct of the Guggenheim Museum Bilbao, up to and including that the building contains a Guide Michelin starred restaurant. Still, come autumn rain and the polished limestone steps to and from the main entrance has the potential to turn into a trickling waterfall. Tricky to walk on, even in sturdy heeled shoes. 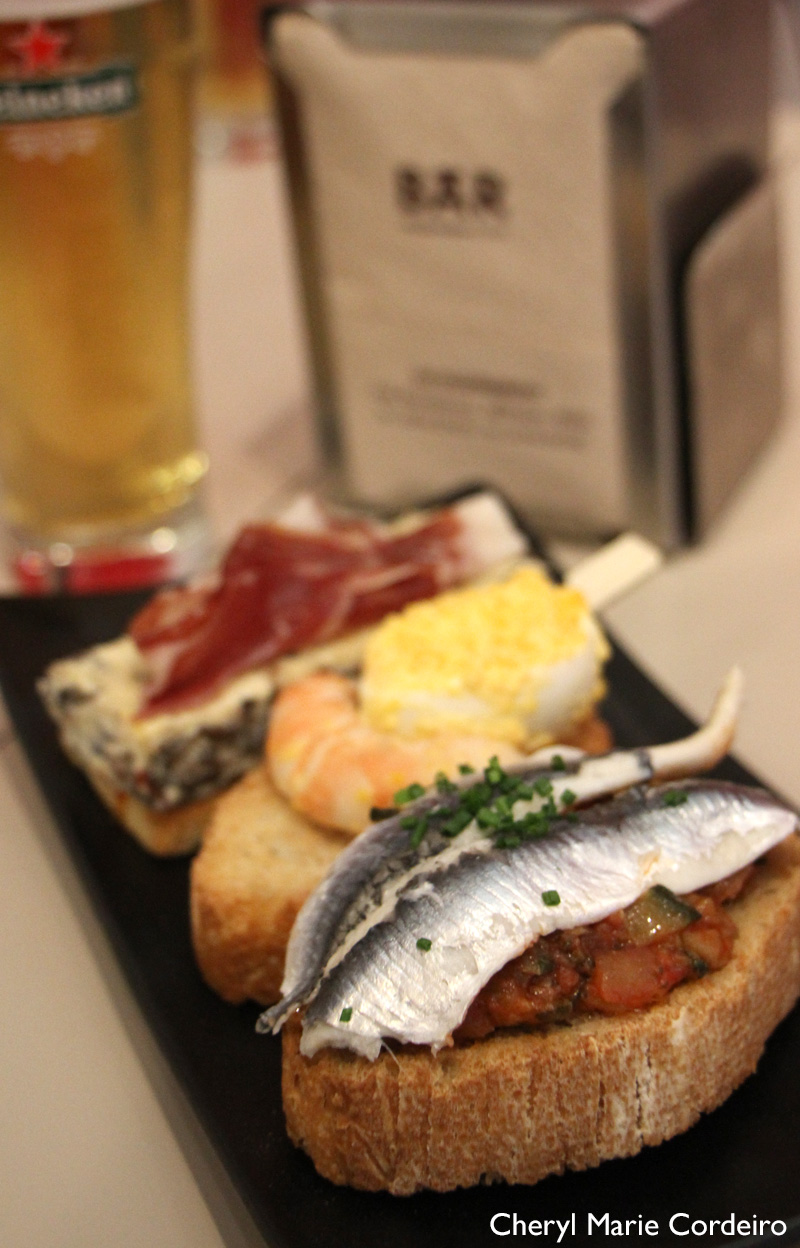 The distinct gastronomy and Basque cuisine that Bilbao and Basque Country Spain was known for even before the construction of the Guggenheim Museum Bilbao can be found at the Bistró Guggenheim Bilbao, located just around the corner from its Michelin starred neighbour, Nerua. The Bistró offers a select menu for informal dining near the museum’s shop, and a good place to wait out the evening winds and rain.