The beginnings of profiling Scandinavian leaders in Asia: the 6 categories 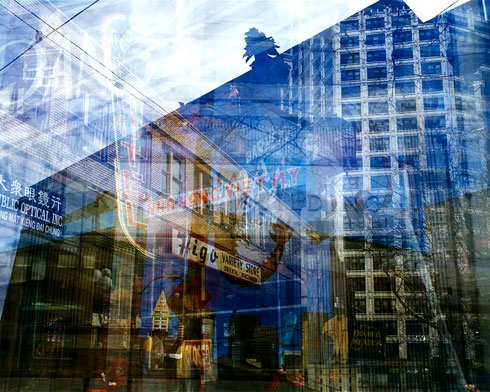 The experience of being and working in a foreign city is like a juxtaposition of realities. It’s difficult not to impose what you already know from before, to the here, now and the Other. Photo by Doug Keyes, from his Becoming Language series.

In 2004, I had the opportunity to network and meet up with about 33 Swedish leaders (CEOs, MDs, regional managers, managers etc.) and their Asian counterparts. They all worked in Swedish related or Swedish owned organizations in Singapore, some of which being Ikea (I think almost all Singaporeans have something from Ikea these days, they have just opened a 2nd megastore on that tiny city island!), Sony Ericsson, Kvaerner E&C and ASSAB.

I was interested in the organization leadership profile since, as expatriates, most of the Scandinavians are already highly pressured to perform when they arrive at the Asian subsidiary. A standard 3 year working contract in Asia (which can be extended at the end of the 3 years if they wished), means there’s not much time for them as individuals and leaders of an organizatoin to adjust to the new culture, climate, food, people etc. and then get going on the job, showing performance results. Those with family might also have the family in tow, which means the added task of relocating the family, finding the right schools for the children, the right neighbourhood and ensure that the accompanying spouse doesn’t feel all too isolated in the new society.

The motivation for profiling Scandinavian leadership in Singapore came from casual coffee-shop talks, literally meeting up with Scandinavian friends whom I’ve known in Singapore for several years. In my café talks, I noticed that as a group of expatriates, they shared similar organization ideology, a certain point of view on life and how things worked. They also encountered similar problems such as language barriers, even though the administrative language in Singapore is English, and why it is that when an Asian says yes, s/he really means something else. And they find themselves spending a lot of effort and energy into understanding cultural issues such as politeness, the concept of face and more, in order to do business in Asia, to cooperate with their colleagues and keep employees satisfied.

But it wasn’t always an organization aspects that intrigued me but also off-handed social comments made, for example, on thoughts on how the average Singaporean would criticize and gossip about Singapore women, such as SPGs (Sarong Party Girls) who only date Caucasian men, but society at large would not lend a critical eye to the behaviour of Singapore men.

Hearing comments such as those has had the effect of making me feel like I’m looking through the looking glass. These perspectives were new to me and I found their points of view fun! It was conversations such as these that led to full fledged arranged interviews with more Scandinavians living and working in Singapore.

The interview topics, in time, reflected a pattern that could form larger categories that could roughly be depicted as concentric circles that radiated outwards, with the Individual as core. And the categories can be represented approximately as such: 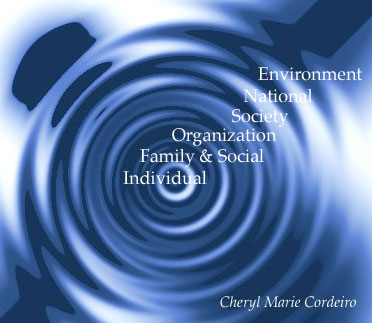 Interview topics revolved around these 6 categories, the Individual, Family & Social, Organization, Society, National and Environment. These categories are reflected in the column to the right of the page. It is in these categories that these pages and subsequent topics will mostly be organized.

These 6 categories and their subsequent topics, what people are talking about when they talk about things pertaining for example, to the Individual, the Family & Social etc.

As soon as I have made a posting related to any of these categories, the category will make its appearance in the right hand column.

I hope this organization of information will make information retrieval and site navigation more reader friendly.