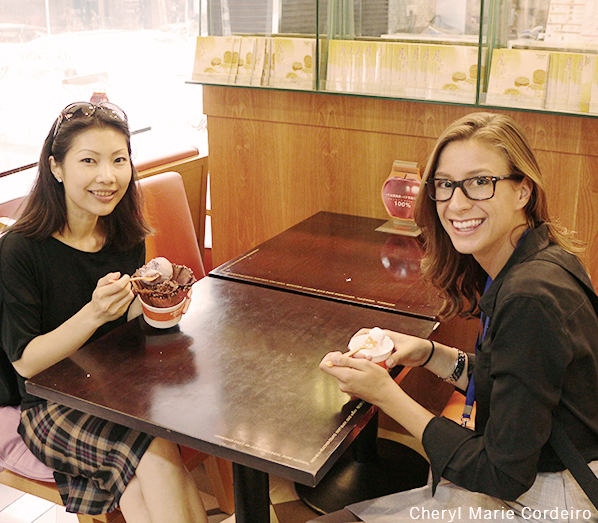 It’s been a few days of royal tropical downpours in Shanghai, the warm kind of rain that leaves little room to deny a hot chocolate and a scoop, or three, of ice-cream.

After initially checking into the wrong hotel, and lamenting the fact that I will need to forgo both the hot chocolate, and one particular ice-cream parlour near that hotel that I had become somewhat addicted to when last in Shanghai, I was delirious happy as a butterfly on nectar, to have found this outlet just three minutes around the corner and out the door of where I am currently staying. 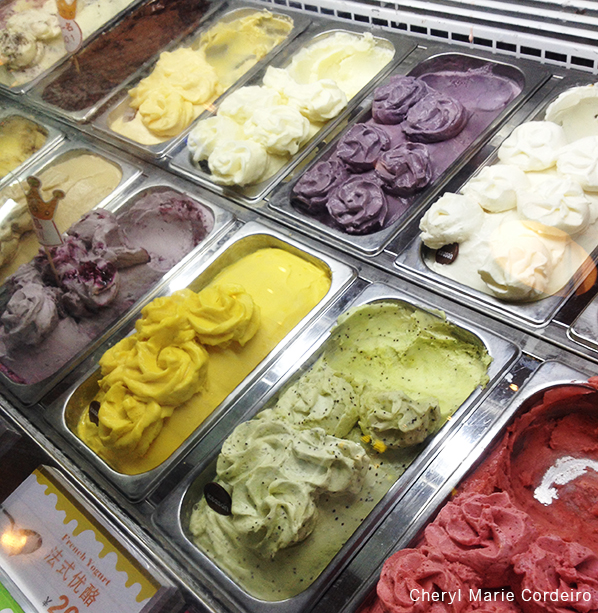 There were about a dozen flavours of ice-cream to choose between, and behind the counter stood a patient and friendly smile. I asked about the flavours and how they were made, “We make all our gelato, all our flavours here in the kitchen behind” he beamed. “We use all natural ingredients, no additives, and we use real cow milk.” I browsed the variety offered. “Our company has a four hundred year old Italian gelato recipe” he continued, “So we use that. It’s not as sweet as normal American ice-cream and it’s healthier.”

“Wow, you use a four hundred year old recipe?”

“Yes, the owner he learn from Italy. Europe, they know how to make ice-cream.” 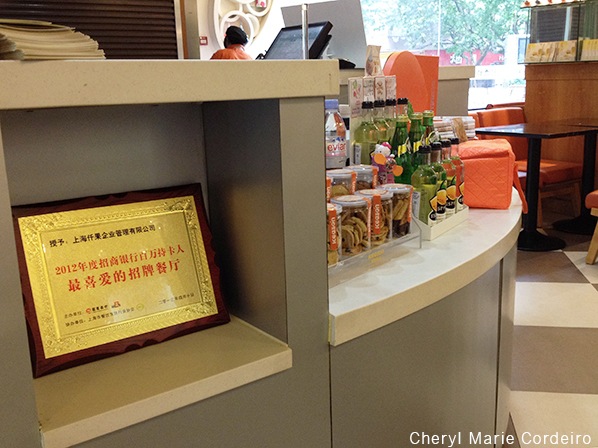 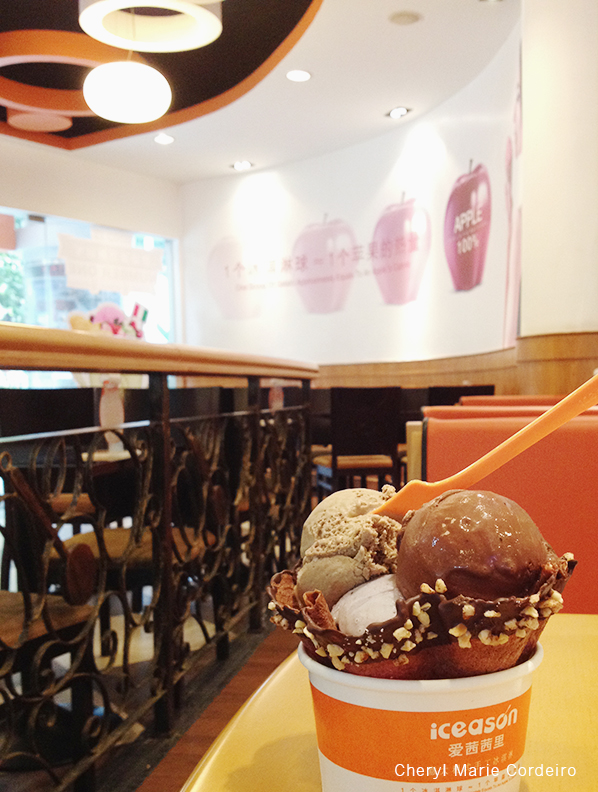 So I browsed again the flavours available, and requested for one that was not there:

“Do you have coffee?”

“Coffee?” he reconfirmed. And as soon as I nodded, he went into the kitchen and came back out with a box of newly made coffee gelato. Now it was I, who couldn’t help but smile right back at him.

There had been plenty of discussions in the last day or so, about how Chinese businesses are becoming increasingly niche, and in that process, they are trying to place themselves closer to their customers and listen more attentively to their needs. But this, what I was experiencing here, was superb.

The afternoon was a good one.