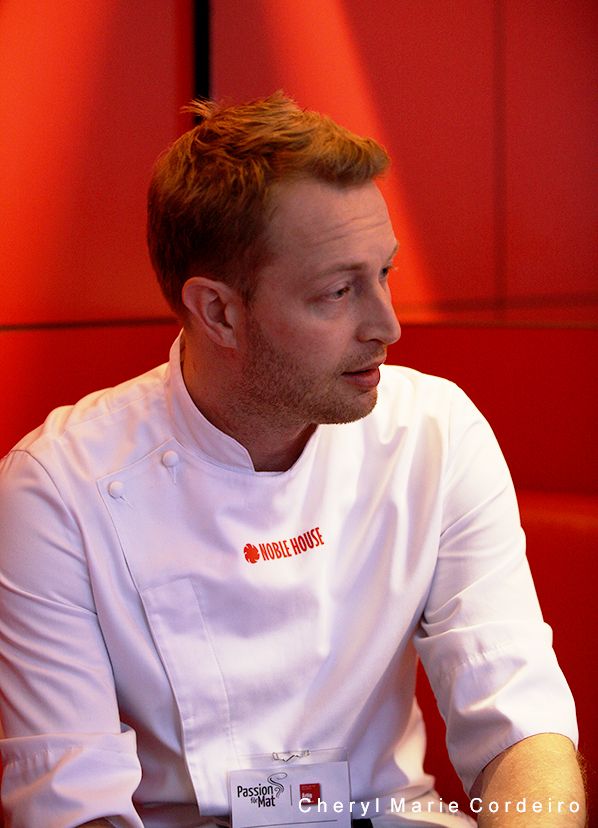 Introduction: knowledge intensive economies
Whilst manufacturing production in many OECD countries has declined in recent decades, services however, are on the rise. On average services now account for about 70 percent of OECD GDP. The culinary and gastronomy industry lies within the grey area in the definition of OECD-WTO Trade in Value Added (TiVA) derived from services embodied in the exports of manufactured goods. In the case of Sweden, the country’s services sector has continued to grow from the early 2000s, when its share of the workforce employed within services increased from 67 to 75.2 percent just between the years of 1989 and 2003. Today, Sweden has about 42 percent of its workforce in services-related occupations in manufacturing [1].

In the past decade, the debate on creativity as a driving force for regional economic development in the context of the third wave of globalisation within the academic realm of international business studies has been increasing [2,3,4,5].

Empirical findings seem to point towards that knowledge and service oriented economies have three characteristics in common that encourage innovation:

These three points converge in constellations of individuals who share similar values and world views, firms in industrial clusters or other agglomerations of various kinds. The continuous interaction between people, place and firm, is what drives a region and gives it its brand. In the past few years, the city of Gothenburg has focused its efforts on being the centre of gastronomic activities. It is currently recognised as Sweden’s Culinary Capital, and September 21-24 will see the city host the World Food Travel Summit with the theme, New Wave in Food Tourism.

It is in this context of Sweden’s growing services industry, and the exchange of knowledge between Sweden and Asia / South-east Asia, that I met with CEO and Owner of Noble House AB, Ted Österlin, at this year’s Passion för Mat. 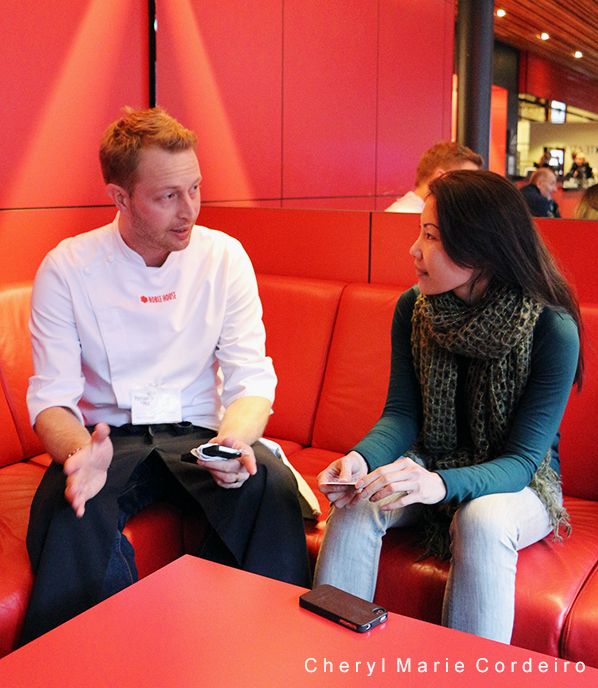 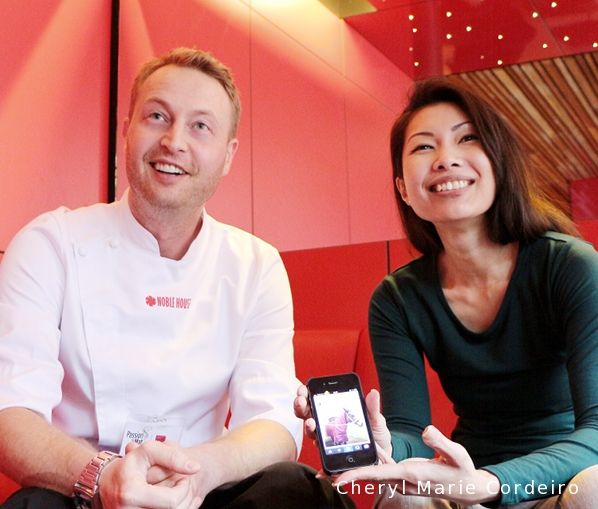 Apart from yacht mastering that takes him to the open seas during the summer, the guy loves – Esther – his horse.

Ted started his company in 1999 and was in the early 2000s, began working with Chef and edutainer Anders Arnell. Along the way, he met with multi-award winning, Guide Michelin Chef Leif Mannerström and worked on larger catering services with Sjömagasinet for companies such as Volvo. Growing up with Korean friends who had introduced him to Korean food when he was a child, Ted’s culinary career is coupled with extensive travels both within Europe and to East and Southeast-Asia, where he said he could “sample and absorb the world’s gastronomies”.

Studies by Florida [2, 3] and Törnqvist [7], note that the central source of economic growth is no longer the company but the individual. Individual creative capital is and will be, the most important capital of the future. This is to be found in people, and not within the systems of organisations. The capital of organisations is to provide a conducive working environment for creative individuals, plus its reputation, branding and global networks. What contributes to optimal creativity that fosters innovation is that individuals will not only need to be content at their work environments but with other surrounding environments such as home, in their cultural milieu, social and leisure meeting places.

That Ted had gathered an immense repertoire of specialised knowledge in the field of Japanese cuisine much due to his love of the culture and the desire to share the philosophy of the people of Japan, illustrated in how they gathered, prepared and served their food, was not what struck me after spending some time with him. Rather, it was Ted as an individual – his interests, his passions, his life’s philosophy and his world views – that struck insight and inspiration.

Perspective on future leadership
In line with Ingvar Kamprad’s [8] perspective on leadership, “Ingen är perfekt, allra minst du. Anställ personal som är bra på det du är dålig på.” (Nobody’s perfect, not the least you. Hire people that are good at, what you are not). Ted shared of how he had a multi-cultural, multi-national team who complemented his own skills and knowledge, from the building of his website to the hand painted Japanese mural on the walls of his restaurant, Noble House Sushi.

Dedication and an eye for what is perfect is what you can observe when Ted works. Of course, one could argue that what is ‘perfect’ is relative. Even he says, “Allting är relativ”, (everything is relative) but to me, therein lies the key. Perfectionism as an expression of the drive and passion towards delivering quality in everything that you do.

In the filleting of a fish, you’ll need a knife crafted flawless. Too sharp and heavy, you’ll cut through all bones. Weight balanced but not sharp enough, you’ll cut through nothing. But it isn’t only the excellent crafting of the knife that makes for that perfect sashimi presentation. Through years of experience, it is that tacit feel at your fingertips extended through to the edges of the blade that you cannot relate to anyone else but just know how to do yourself, that very inaccessibility of knowledge passed on only via the practice of doing, that puts Ted in a class of his own and a peer recognised expert in the culinary field. 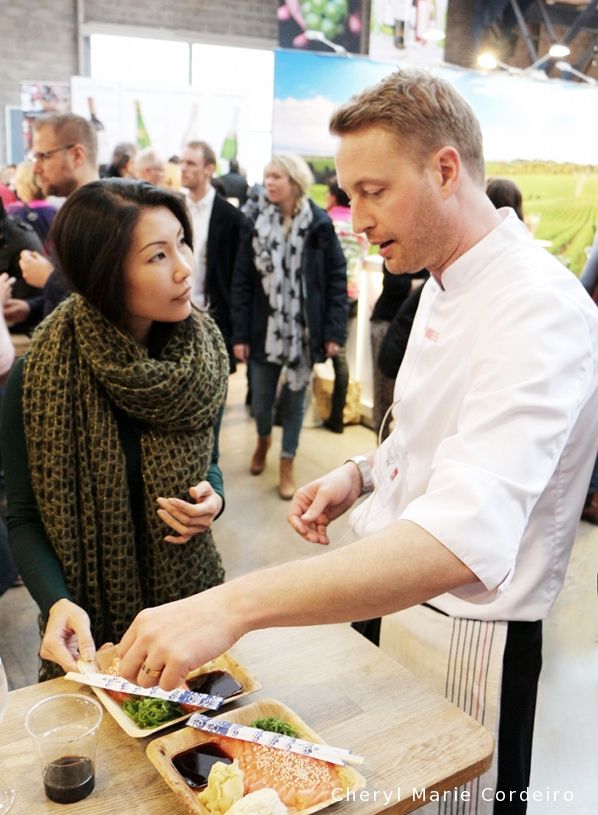 Explaining the texture and complementary flavours of condiments to salmon sashimi. 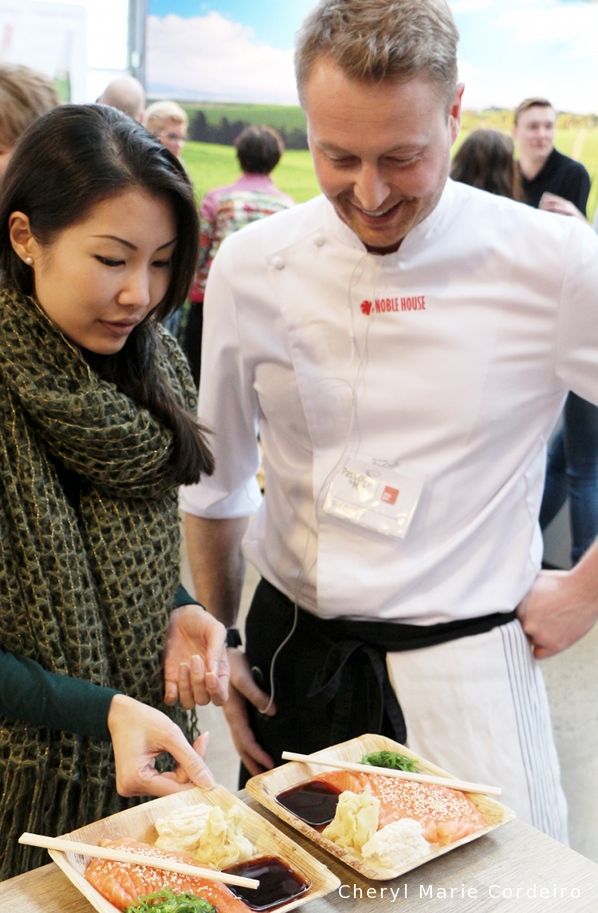 “What lovely sushi you have! Where can I get such a plate?” ~ a question from a passerby at the fair, in the absence of Ted Österlin.

But acquiring professional expertise alone doesn’t make for living. In a Swedish approach towards life, where work interweaves with leisure, Ted thinks that he could slow it down a little from a couple of years ago when he owned three restaurants whilst going for yacht masterships in his leisure time that takes him to the Caribbean islands during the summer to sail. He traded in his car for a motorbike just so to not get caught in traffic jams, and he bought, Esther. A horse.

Ted’s love for life is absolutely infectious. A serial entrepreneur, he is one such who wakes up in the morning, his head full of ideas, a new product, a new company, with new structure, purpose and logo all formulated in his mind. His time with Esther is as much for the love of being out in nature, as it is to quiet his mind. To quiet the mind is not to dampen new ideas. Rather, it is in this stilling of the mind, to spend your hours engaged in a completely different activity from your profession that the distillation of ideas will spawn more effective innovations whether in product or process within his organisation. 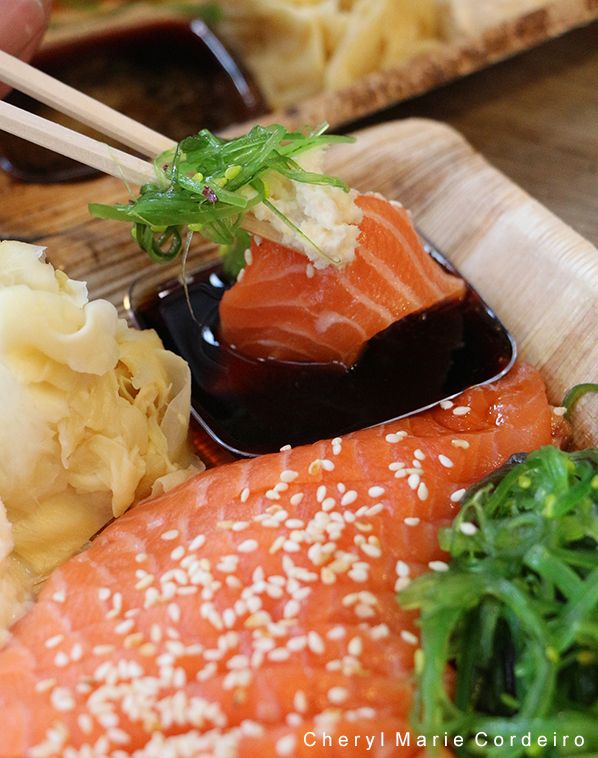 Prepared and presented by Ted Österlin. Sashimi and goma wakame presented on an air-dried and sandpapered palm leaf.

Conclusion: the individual as creative capital of the future
Echoing the findings in international business studies, converging on that it is the individual that is the creative capital of the future and not organisation systems, Ted Österlin exudes a sense of forefront industry leadership that catalyses and attracts a circle of colleagues with complementary tacit knowledge, social networks and people skills. This movement will in time drive an agglomeration of tacit knowledge and expertise that bolsters and drives Gothenburg’s identity as the Culinary Capital of Sweden. Given the international orientation of Gothenburg, this culinary branding and orientation towards expertise in the field of gastronomy could well go beyond its shores, given more time and consistent efforts in that direction.

Across industries, it would be constellations of individuals, who will provide perspectives on organisational collaboration, structure and future leadership in a multi-cultural context. It is the dialogic interplay of the relations between persons, place and firm, that will drive future economies and regional competitiveness.

Acknowledgement
Cheryl Marie Cordeiro would like to thank Ted Österlin for his time, and insights shared during this meeting at Passion för Mat 2014. The restaurant Noble House Sushi is located at Billdalsvägen 2, 436 23 Gothenburg.